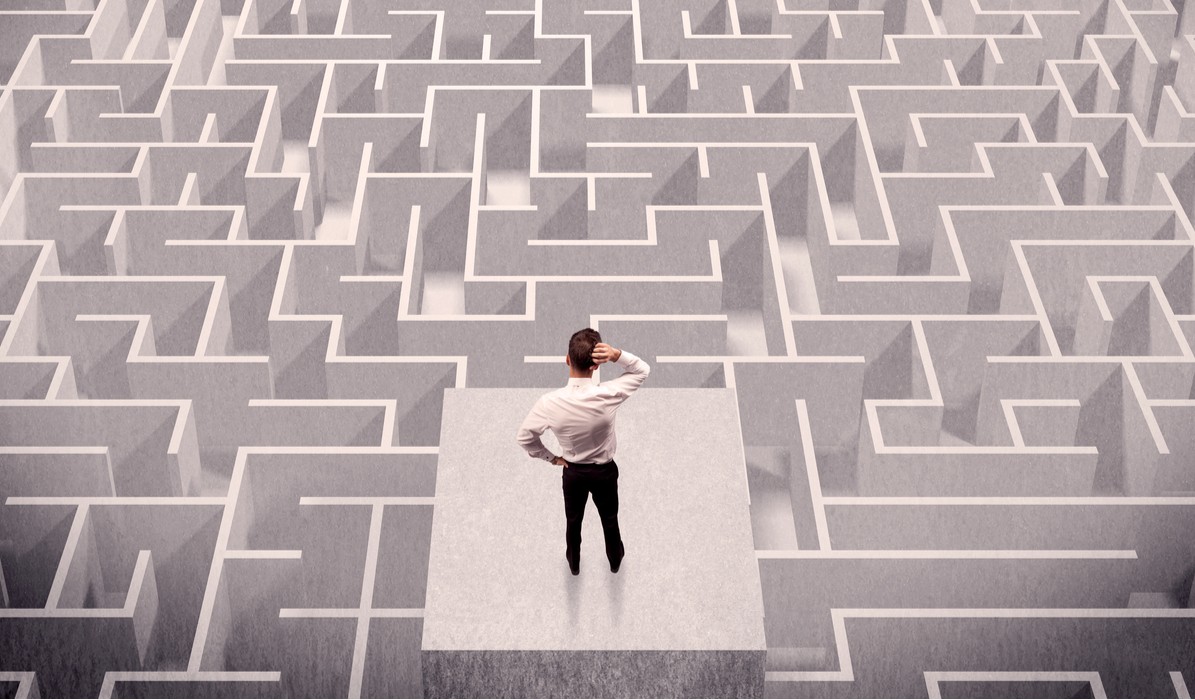 Globally, many tech giants have announced remote work forever or made remote working optional for employees

As more and more offices open up around the world and in India too with Unlock 1.0 rules in effect, the lockdown may well be a thing of the past in many parts of the country. But that doesn’t mean all companies are opening offices. In the past month, Facebook, Twitter, and Shopify all have announced indefinite work from home for their employees. Yes, indefinite, like they don’t know when they might be ready to go back to the office and some even called it the end of office centricity.

But how do companies reach this decision and what are the factors that one needs to consider in choosing between remote work forever and a complete return to the office. Or maybe a partial return with reduced working days in a week.  We asked some startup founders and most have taken the “to each their own” approach. The consensus is that the risk of employees falling sick and once again disrupting office life outweighs any benefits of working from the office.

Yet teams have laid plans to return back to the office in a phased manner. Rajat Garg, CEO of myUpchar, says customer service and operations teams have returned to office because their output was getting severely impacted. The others, however, continue to work from home in the near future.

“Our hope is that we will be able to train the teams to an extent such that they can work remotely again, this time without impacting the customer experience,” Gupta said. Up to 30% of myUpchar’s 200 employees in Delhi are expected to continue working from home. Similarly, DocsApp CEO Satish Kannan also noted that some critical teams need to be at the office for productivity reasons. The company is phasing back to work month by month but has allowed optional remote working for employees.

In fact, the nature of work is proving to be a major factor in choosing WFH. ShakeDeal also took into account the nature of job roles to decide which employees are best suited for work from home and the ones which need to be working from the office. The company has already started working from its offices in Bangalore, Delhi, Ahmedabad at a 30% capacity.

Fintech startup Credgenics’ cofounder Rishabh Goel noted that pure technology companies can actually shift 100% of their operations to WFH, but service-based companies will need to have some workforce out of office.

Venture capital firms, which depend on building relationships with other investors and entrepreneurs, find Zoom meetings limiting to a large extent. Sarita Raichura, principal at Blume Ventures, says it is very hard to forge new relationships through video conferencing. “For investment decisions, things like meeting the team, observing body language, and team dynamics, etc play a crucial role. Hence the decision to get back to the office.”

All of Blume Ventures’ 17 employees in Bengaluru are back in the office. Stellaris Venture Partners, which is a team of 10, has also started working from the office in Bengaluru for this very reason a couple of days back.

On the flip side, many companies that saw outstation employees returning to their native cities or towns feel that calling employees back without knowing about the second wave of infections and more does not seem safe. For instance, Spocto, which has 90 employees in Mumbai, is tackling this challenge by making remote work optional for many employees.

In the case of agritech startups, wherein certain work profiles require in-person interactions with farmers and other stakeholders. Companies like BharatAgri and Aquaconnect are opting for a partial return to office after a month. Aquaconnect CEO, Rajamanohar noted that in the past six to seven weeks, even companies’ field staff (accounts and support teams) has learned to use tools like Zoom and slack. The company has planned to call 15% of its 41 member team to back to the office.

In order to reach this decision, Aquaconnect considered the fact that work from home allows employees to manage their household chores, and be with their family in such a difficult situation. “We also observed that team’s productivity has improved in certain functions. Moreover, as responsible citizens, we felt the need to limit the risk of social spread as much as possible.” Rajamanohar added. 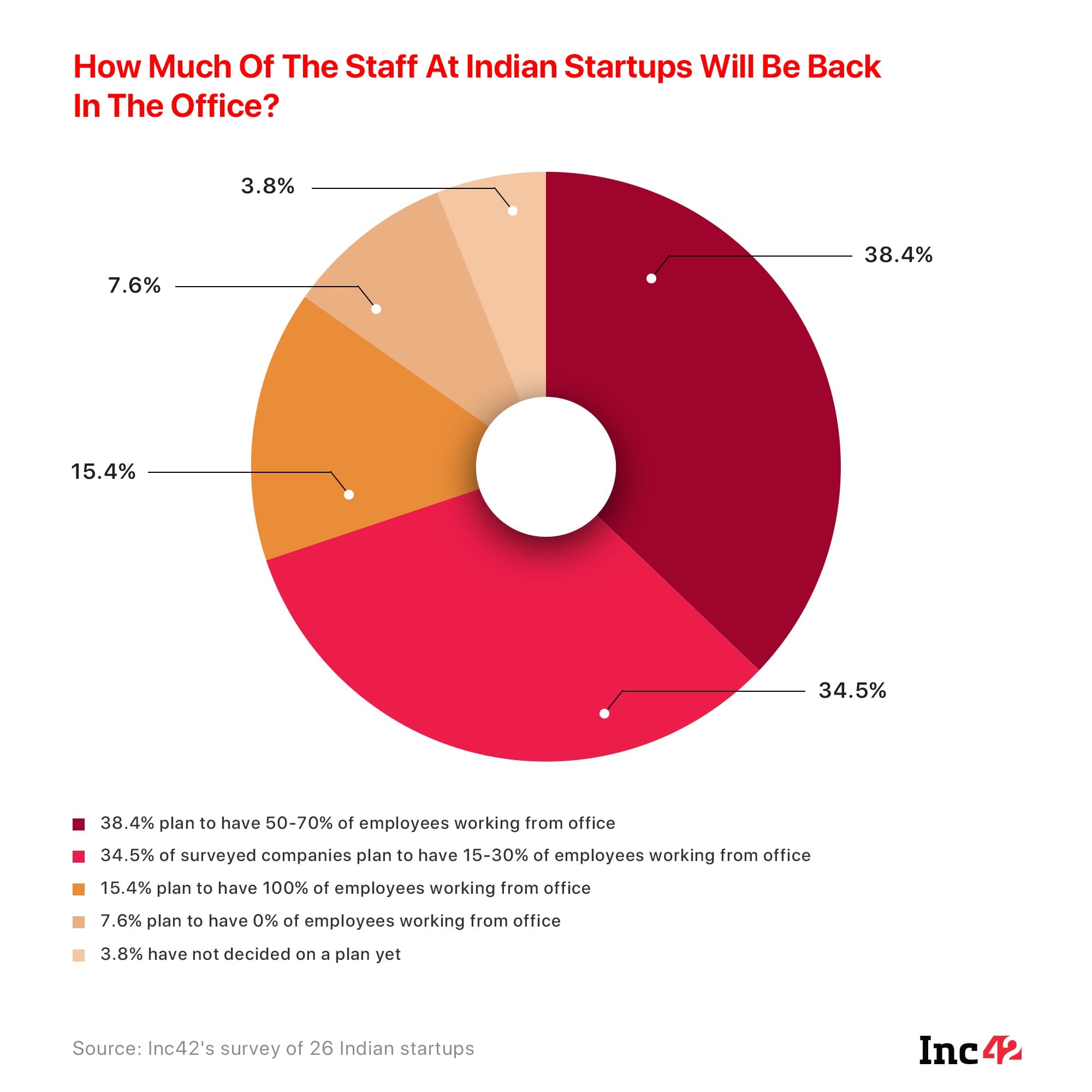 Other startups such as media and research company Yuvaa, fintech startup Enkash, and Deepak Abbott’s new startup Indiagold have decided to delay back-to-office plans till the next quarter and even then they expect only 30% – 50% of the team to be working from the office. “Nothing is more important than the physical and mental health of employees,” says Yuvaa founder Nikhil Taneja.

Enkash’s Hemant Vishnoi feels that the team has proved productive enough during WFH and processes are now set to make it the new normal. So the company does not feel the need to change much for the time being.

Of course, there are startups such as Airmeet that have been working remotely since the very beginning and will continue to be 100% remote. There are also companies like Onely, which have been leveraging nearest coworking spaces like 91SpringBoard and WeWork for employees to work from multiple locations on usual locations. With only meeting the team at one of the co-working on regular intervals. Onely’s distributed working arrangement is also something that other companies have started considering now.

But any indecision on the part of startups is only because of the risk involved. Pocket Aces, deeptech startup Queppelin, and others are waiting out the pandemic before making any concrete plans. 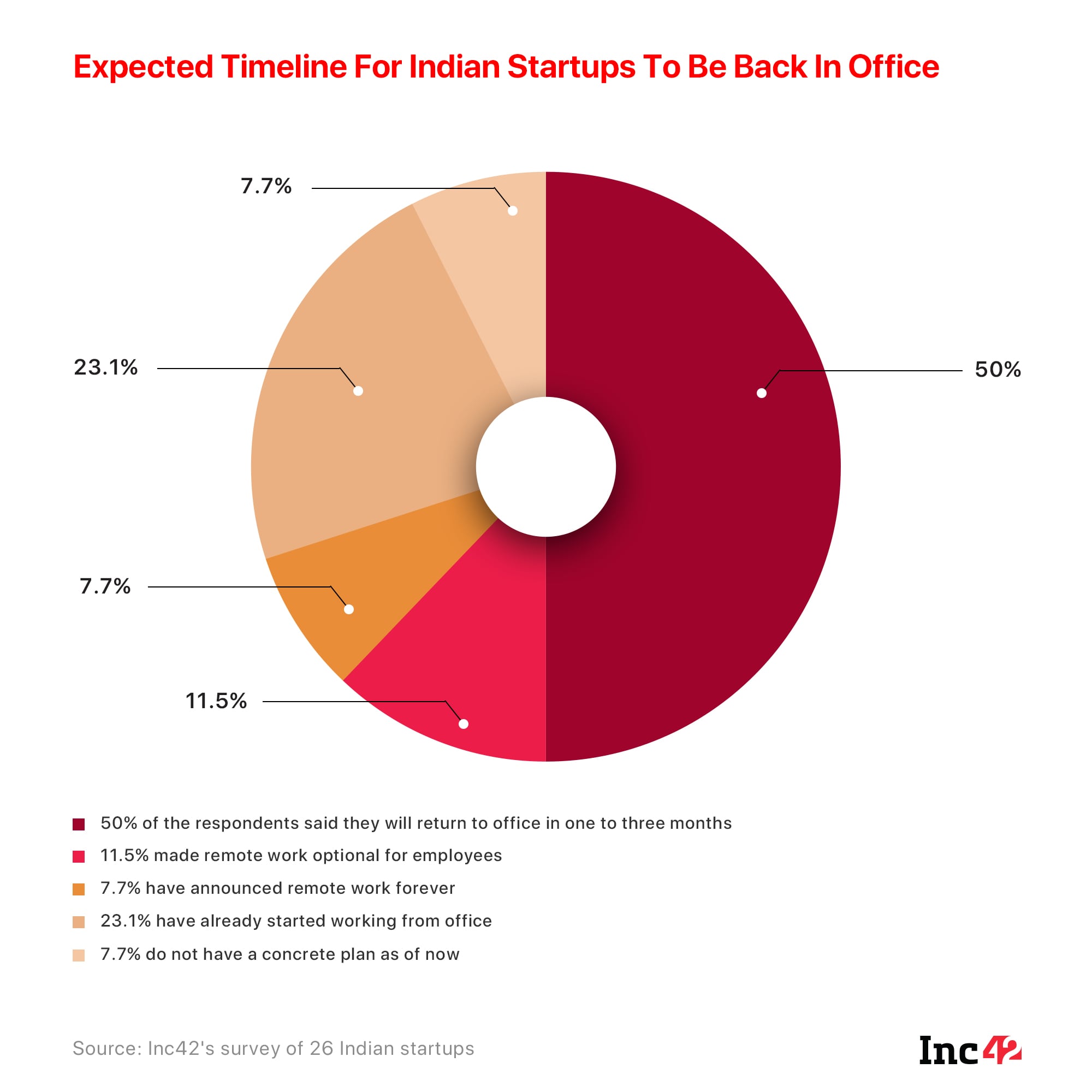 Even though not everyone is planning on making remote work a permanent option, some Indian companies are indeed exploring the option of renting meeting rooms in coworking spaces and letting go of their office lease and rental costs. For instance, edtech startup upGrad has offices in 10 Indian cities, of which, it is planning to let go of some of the rented coworking spaces.

Perhaps unsurprisingly, among the employees, the demand for remote work jobs grew immensely during the lockdown. According to a job search report by Indeed, Indian job searches for remote work grew by a staggering 377% between February and May 2020. Plus, job postings for remote work also spiked by 168% in the same period.

Earlier version of the article erroneously mentioned Credgenics as a healthtech startup. We have corrected the error to reflect that Credgenics is a fintech company. We apologise the error.