Only 18% claimed to have benefitted from Startup India Mission, as per a LocalCircles’ survey

The Central Board of Direct Taxes (CBDT) notice vide December 24, 2018, stating that no coercive action is to be taken against angel tax notices and orders, has failed to resolve startup and angel investors’ issues, as it hasn’t stopped income tax assessing officers (AOs) from generating new angel tax notices and demands to startups.

Even as the furore over angel tax goes on, leading industry associations — NASSCOM, TiE Chapters, India Angel Network, and the Indian Private Equity and Venture Capital Association (IVCA) — have now joined the protest, asking the Department of Industry Policy and Promotion (DIPP) to scrap angel tax completely for startups and angel investors.

The IVCA has filed a submission to DIPP secretary Ramesh Abhishek as well as to the CBDT, proposing a three-step recommendation to exempt startups from angel tax.

The draft suggested an ‘anti-abuse’ provision in the Income Tax Act for all registered startups that have raised non-promoter capital of up to INR 10 Cr ($1.4 Mn). The IVCA has also asked that the I-T notices sent to startups be fast-tracked to resolve the matter at the earliest.

Another letter to industry and commerce minister Suresh Prabhu, jointly addressed by NASSCOM, TiE Chapters, India Angel Networks, and IVCA, said: “Unfortunately the flagship Startup India programme has run into severe implementation problem, especially due to the angel tax imposed Section 56 of the Income Tax Act. It penalises angel investors and startups simply because the premium is paid or discount given on the sale or purchase of shares. Nowhere in the world does such provision exist.”

Seeking the government’s urgent intervention to abolish the angel tax, it added, “Angel tax scheme is based on mere suspicion that angel investors are investing their undisclosed income. There is no empirical evidence to show that there exists any systematic menace in this regard. If there is any investor who can’t explain the source of investment, we suggest by all means go after that investor, but presuming every investor is paying a premium or getting discount should not be deemed criminal and be penalised.”

Recently, the iSPIRT Foundation published a report highlighting how angel tax has adversely affected the Indian startup ecosystem. An annual survey carried out by LocalCircles, also highlighted how this draconian law has indeed jolted the Startup India programme.

Let’s take a look at the findings of the survey:

Unique Domestic Investors Down By 48% Since 2015 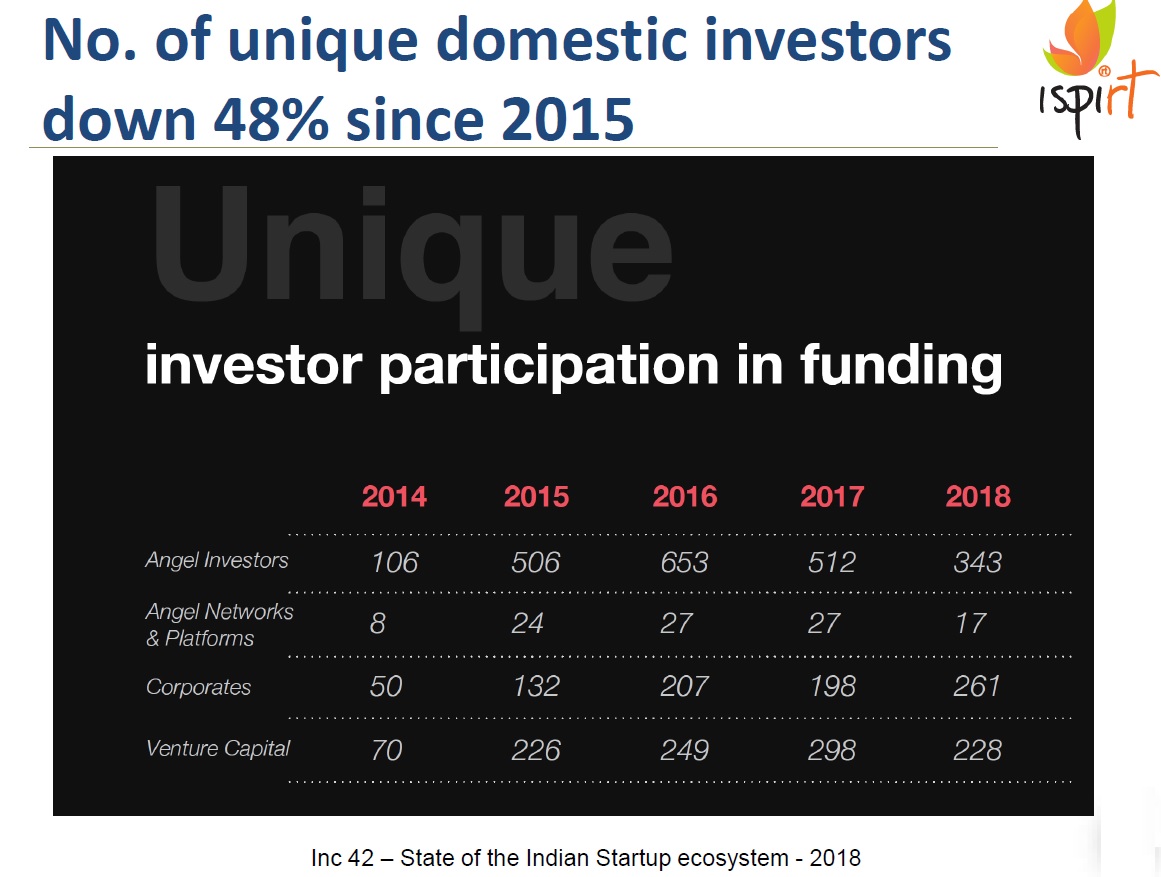 Citing Inc42’s ‘The State of The Indian Startup Ecosystem Report’, Mohandas Pai and Siddarth Pai, angel investors and founders of 3One4 Capital, and Nakul Saxena, director-policy, iSPIRT Foundation, have published a report which reveal the adverse effects of angel tax on the Indian startup ecosystem.

Some of the major findings are: 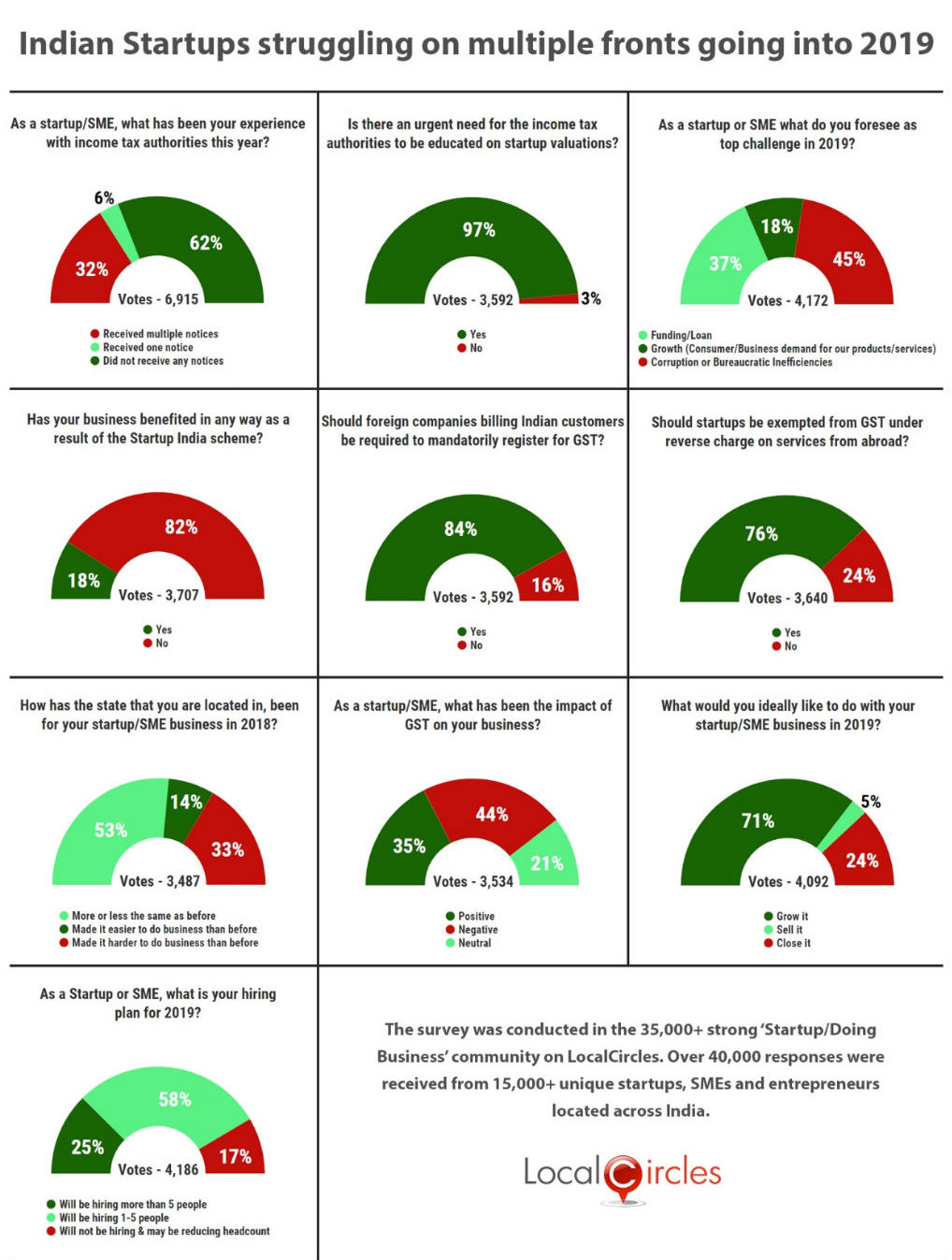 The LocalCircles annual startup survey, which saw participation from over 15K startups, SMEs, and entrepreneurs, and a total of 40K responses, threw up some interesting data:

Despite repeated assurances from the commerce minister, the angel tax issue has been a bane for startups. As the winter session of the Parliament — the last full-fledged session of the existing government — is over now, a long-term solution in the short term in the form of legislative reform will be perhaps difficult now.

All eyes will on the Budget session which is set start on January 31.