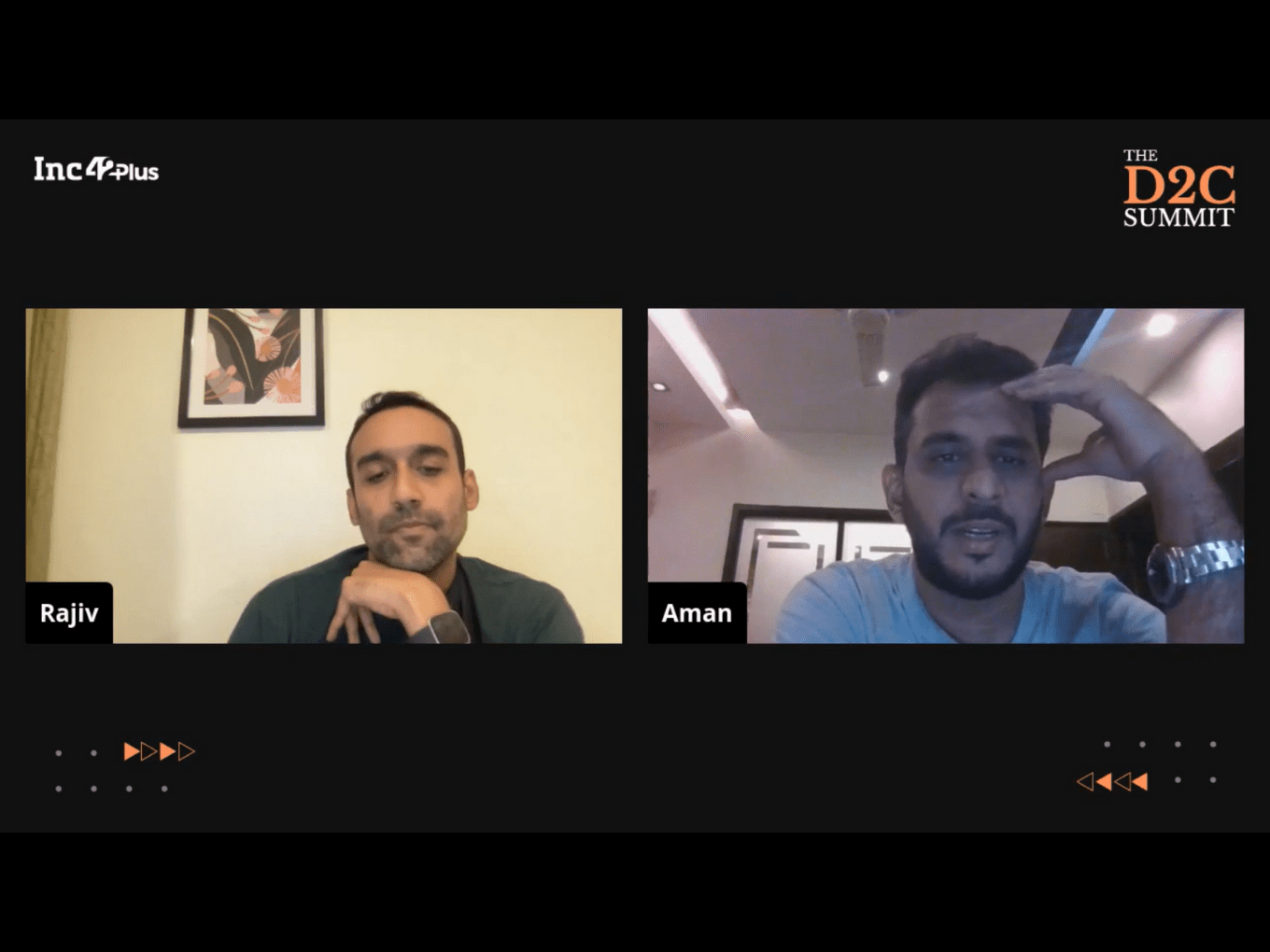 Identifying and understanding customer behaviour at each point during the journey is crucial for a company’s success, says Aman Gupta, cofounder and CMO, boAt

Marketing only works if it appeals to the sentiments of the consumers, Gupta said at a session during the Inc42 D2C Summit

This article is part of The D2C Summit by Inc42 Plus and Shiprocket, India’s largest D2C and ecommerce conference scheduled for 17th-18th July 2021. Click here to know more.

As several companies especially in the retail sector saw a dip in revenues and a subsequent rise in losses during the Covid-19 pandemic, digital-first direct-to-consumer (D2C) brands across the country managed to grow by leaps and bounds as people shifted to online shopping owing to convenience and safety right at their doorstep.

The D2C websites recorded an 88% rise in consumer demand in 2020 compared to the previous year.

Among the D2C players that grabbed most success during the black-swan event was the homegrown consumer electronics company boAt, which has become the fifth largest wearables brand globally.

According to data from Inc42 Plus, as of April 16, 2021, the company was India’s third most-funded D2C brand, raising a total of $115.9 Mn. Additionally, it was also the quickest D2C brand to cross the INR 100 Cr revenues mark, which it achieved in just 2 years.

In one of the sessions at the recently-concluded Inc42 D2C Summit, Aman Gupta, cofounder and CMO, boAt was in conversation with Urban Ladder cofounder Rajiv Srivatsa, where they discussed some of the highlights behind the company’s success such as agile marketing, organisational structures, and customer centricity among many other factors. Here are some of the key insights from the session.

Choosing the right sector or industry to operate in can often be a difficult decision to make. This can be due to the market size, technological or economic constraints and customer behaviour etc.

Most companies today begin at a particular sector initially, but make a transition later on, after identifying more successful trends in other sectors. For instance, when boAt started in 2014, it was a cables and chargers company. However, identifying the small size of this industry, the company looked to foray into the consumer wearables and audio sector.

Similarly, according to Gupta, the company forayed into other segments after realising the small size of the audio market compared to its ambitions to grow.

To date, the startup has launched a lifestyle brand called Misfit, and has started selling trimmers and smart watches, among other products. Additionally, according to Gupta, the team is aiming to double down on its goals for the wearables sector.

While this phrase is common in the startup ecosystem, according to Gupta, its relevance is at its peak today.

“Consumers today are way smarter than us. They know what they want and they know what brands are trying to do,” Gupta emphasised.

Consumer behaviour changes significantly between different periods. Hence, identifying and understanding what they want at each point in time is crucial for a company. For instance, customer preferences today are much different from those three years ago. While releasing a standard shampoo would have worked back then, customers now want environment-friendly shampoos sans chemicals.

boAt’s decision to enter the consumer wearables sector was also motivated by a change in consumer behaviour, as headphones as a category had become very boring, according to Gupta.

The average consumer started searching for smart, not-so-bulky headphones that they could wear in public. The startup realised this intersection of lifestyle and electronics, which came as a valuable opportunity for them.

“If you do not follow your customers, your brand will simply die.”

“What people don’t get is that selling your products on your own website also means attracting customers to your own site over platforms such as Amazon and Flipkart. This is very tough,” said Gupta.

boAt initially sold its products on the popular ecommerce platforms. Gupta stated that due to this move, the company was allowed to continue building and improving its products, and also work on its marketing strategies, all while leveraging the extensive distribution of Amazon and Flipkart.

Over time, customers started trusting the brand and it was only then that boAt began to sell its products on its own platform.

“Do whatever it takes to make your brand stronger first,” Gupta said.

As the current CMO of boAt, one thing that Gupta stressed throughout the session was the fact that he keeps marketing at the company as simple as possible.

In today’s age, branding and celebrity endorsements or campaigns have become increasingly common. In such cases, startups end up spending significant amounts of capital on celebrity advertising, even though it might not be relevant to the company’s growth.

According to Gupta, the chosen celebrity must match the company’s personality. For instance, in its earlier days, boAt partnered up with cricketer Hardik Pandya and actress Kiara Advani even before they became household names.

The other thing about marketing is also tied to consumer behaviour because regardless of how popular the celebrity is, or how creative the ad is, marketing only works if it appeals to the sentiments of the consumers.

According to Gupta, this is the reason behind picking up several celebrities as brand ambassadors over the years.

“In our country, Bollywood and cricket always click as Indians resonate very closely with them,” Gupta noted.

This article is part of The D2C Summit by Inc42 Plus and Shiprocket, India's largest D2C and ecommerce conference scheduled for 17th-18th July 2021. Supported by WebEngage, Shipway, PayU, Delhivery, MoEngage, Trell, Akamai, Velocity, Gupshup, GreenHonchos, Vue, Razorpay, and AWS, the conference will bring together 1,000+ folks at the forefront of India's D2C revolution! Click here to know more.