How A Failed Acquisition Deal With Yahoo Made Media.net Founder Divyank Turakhia A Billionaire

How A Failed Acquisition Deal With Yahoo Made Media.net Founder Divyank Turakhia A Billionaire 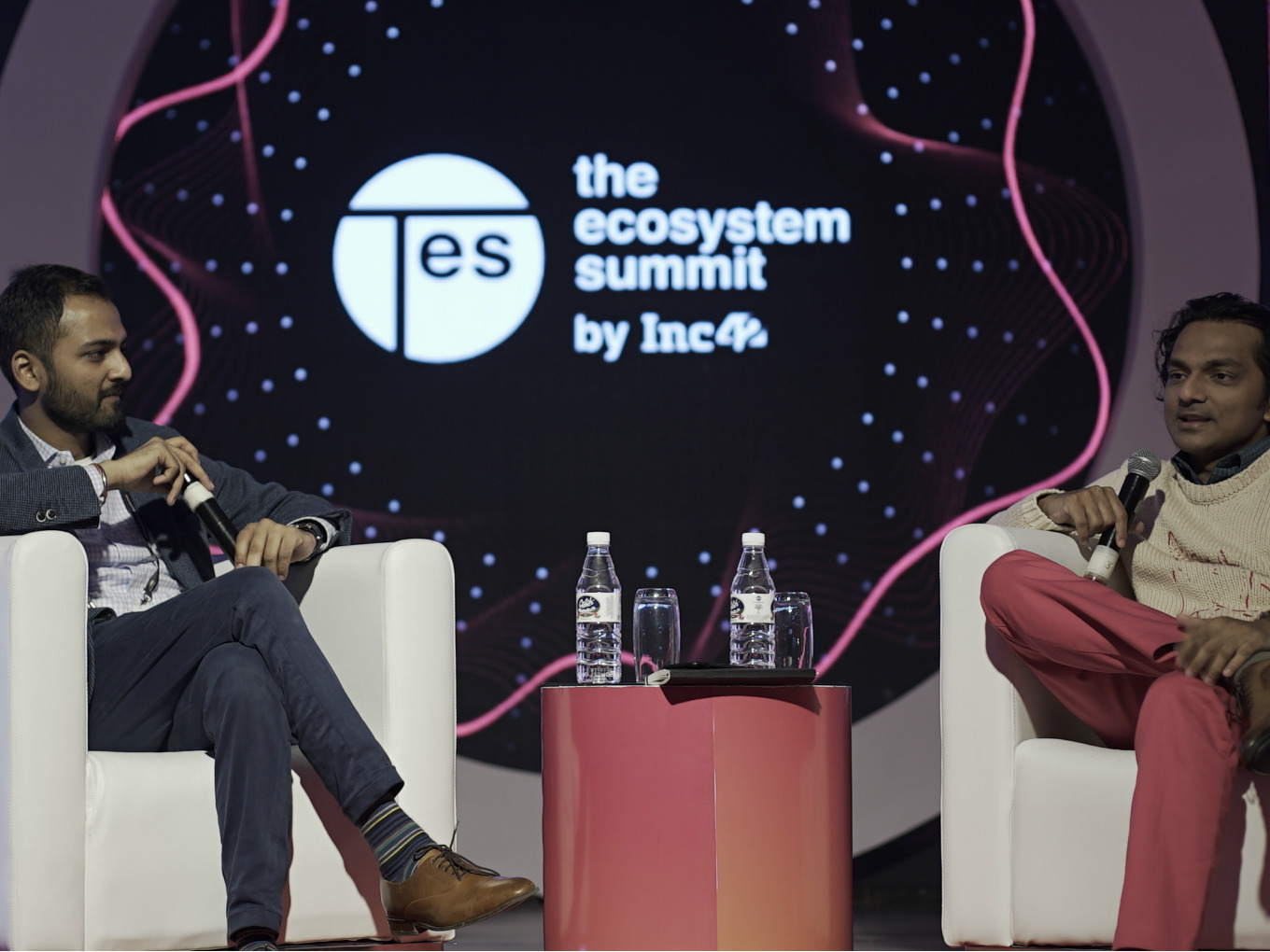 He is thankful to former Yahoo CEO Marissa Mayer that Media.net’s deal with Yahoo didn’t materialise

“Keep figuring out how to replace yourself because your time is most valuable,” said Turakhia

In December 2013, Mumbai-born serial entrepreneur Divyank Turakhia would have sold his adtech company Media.net for $180 Mn to Yahoo (now known as Altaba Inc), if it weren’t for a temporary “optics” issue. Well, good for him the deal fell through.

It made him richer by over $700 Mn! In three years time, Turakhia grew the company to a valuation of $900 Mn and, in 2016, he sold it to a Chinese consortium led by Beijing Miteno Communication Technology chairman Zhiyong Zhang.

Turakhia disclosed this during a fireside chat with Inc42 CEO Vaibhav Vardhan at The Ecosystem Summit (TES), organised by Inc42 on November 16 in New Delhi. Turakhia flew down to Delhi all the way from London just for a day to attend TES.

Turakhia (36) is an entrepreneur with a history of running many internet businesses — such as domain registry and website hosting companies LogicBoxes, Webhosting.info, ResellerClub, and BigRock — since he was just a teenager, along with his brother, Bhavin Turakhia.

In the fireside chat, he shared his entrepreneurial journey with the audience along with his “awesome moments”.

It seems one such “awesome moment” was Media.net’s deal with Yahoo falling through — it led him to greater glory at a later stage. Turakhia said he was thankful to the-then Yahoo CEO, Marissa Mayer, for the failed acquisition deal.

“That deal did not happen because of a temporary reason. There was an optics issue that existed,” Turakhia said, adding, “And our deal wasn’t the first one she (Mayer) was going to look at.”

Meanwhile, their commercial partnership dates back to 2012 when Scott Thompson was Yahoo’s CEO. The partnership allowed Media.net to use the Yahoo brand for the purposes of its contextual advertising programme in association with Microsoft’s search engine Bing. The programme correlates ads according to the content running on the website, helpful for content creators, bloggers, media, and entertainment companies.advertising business.

It had taken six months for Yahoo and Turakhia to come to negotiate the acquisition terms for Media.net at $180 Mn. At the time, Media.net was raking in about $78 Mn in revenue and $7 Mn profit, Turakhia said.

We later asked Turakhia over email what he meant by the “optics issue.” He explained that Yahoo was about to announce that its location strategy was Sunnyvale in California. Although Media.net had around 500 employees at several locations globally, it did not have employees in the Bay Area at that time.

According to Turakhia, Yahoo was going to consolidate its staff in Sunnyvale as far as possible and a big number of layoffs would be made across its other offices. “Adding more than 500 employees via an acquisition, and at the same time announcing layoffs by saying that it (Yahoo) was consolidating at its HQ in Sunnyvale, was the optics issue,” said Turakhia.

When Marissa came in from Google and joined Yahoo as CEO, and told her about the commercial deal, she said to Turakhia, “Why would we give our brand to anybody else?”

“Which was a fair question to ask at the time since our commercial relationship was small,” he said.

The result: the acquisition deal between Yahoo and Media.net never materialised.

Although Yahoo had a second chance of buying Media.net at $350 Mn, Turakhia claimed. “But, by then, they had paused most acquisition activity and Media.net had become too large a deal for what they were doing and then they went through their own sale process,” he added.

Yahoo got acquired by a communication technology company in June 2017.

The deal falling through gave Turakhia the time and opportunity to grow Media.net to revenues of $231 Mn by 2015. Later that year, Media.net received an inbound interest from another company. He ran global processes hiring bankers Merrill Lynch in the US and another boutique banker in China. By then Media.net was among the fast-growing adtech companies worldwide.

“When I ran the process, we met 40 to 50 different people. Of them, we got initial term sheets and eventually finalised seven term sheets. We had five of them in the $800-$900 Mn range and two in the $700-$750 Mn range. At the end, we went with someone whom we felt good for business and people in the long-term,” said Turakhia.

The offer he chose was made by a consortium led by Zhiyong Zhang, the chairman of Beijing Miteno Communication Technology. The 2016 deal, in which Media.net was acquired in an all-cash transaction valued at about $900 Mn for, was touted as one of the largest deals in adtech history. 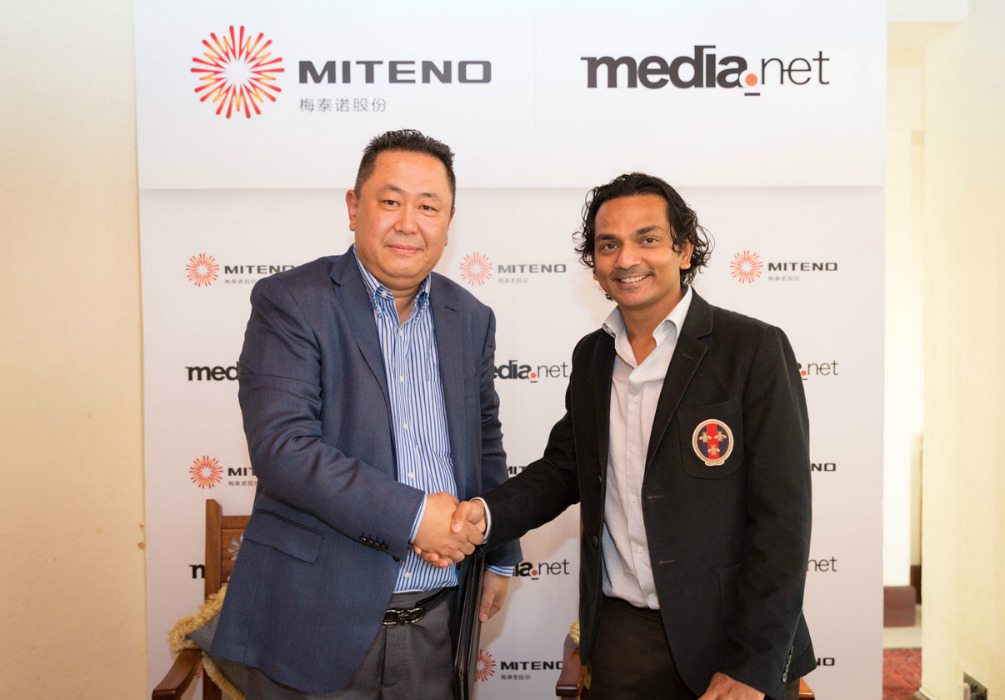 “I have always felt that the highest number does not always make the most sense…as long as the numbers are close enough, you can leave some money on the table because you want the right deal,” said Turakhia on the Media.net acquisition.

“Never say never to any country,” Turakhia replied, to the question above, asked by Vardhan during the fireside chat.

“I think what you are asking is if India can produce companies that have a market cap of over a $100 Bn? I think we have TCS, which obviously got started much earlier,” he says.

As Turakhia told the audience at TES, if India wants to build companies such as Google, Facebook, etc — both of which started in the US — Indian companies need to go global faster, as this is the only way to get to a market cap of $100 Bn.

“You can build from India but you’d have to market not just within the country but also figure out how to make money from other countries, which essentially TCS might have done and they are where they are,” explained Turakhia.

He also looked at the startup ecosystems in India and the US through the economic standpoint. “The big advantage the US has over us is that our per capita income versus their per capita income — the multiple is 20+X. They have a natural advantage in the local economy, which allows them enough ability to grow much larger before they move to foreign markets in order to get the growth. In India, the market is unfortunately not big enough yet,” he said. In 2017, the GDP per capita income of India and the US stood at $1.9K and $59.7K, respectively.

Turakhia, however, isn’t fond of investing in early-stage startups. He instead invests in late-stage companies.

“I understand financial models, late-stage models, which are my core expertise. I think everybody should stick to what they do best and double down on what they do best. That is how they become successful,” he said.

Turakhia said a better way to evaluate the Indian startup ecosystem would be to look at the numbers of unicorns India has created in the past 12-18 months and the time taken by each of them to achieve the billion-dollar mark.

“Keep figuring out how to replace yourself because your time is most valuable in this process. Once you figure out what you’re passionate about and as long as you’re doing it, you’ll be successful in doing that one thing and you keep doubling down yourself learning more,” he said.

This is true. Entrepreneurs must keep their sights set on the goal, irrespective of the challenges that come along the way. As they say in Latin — ‘admaiora’ or ‘to higher things in pursuit of excellence.’