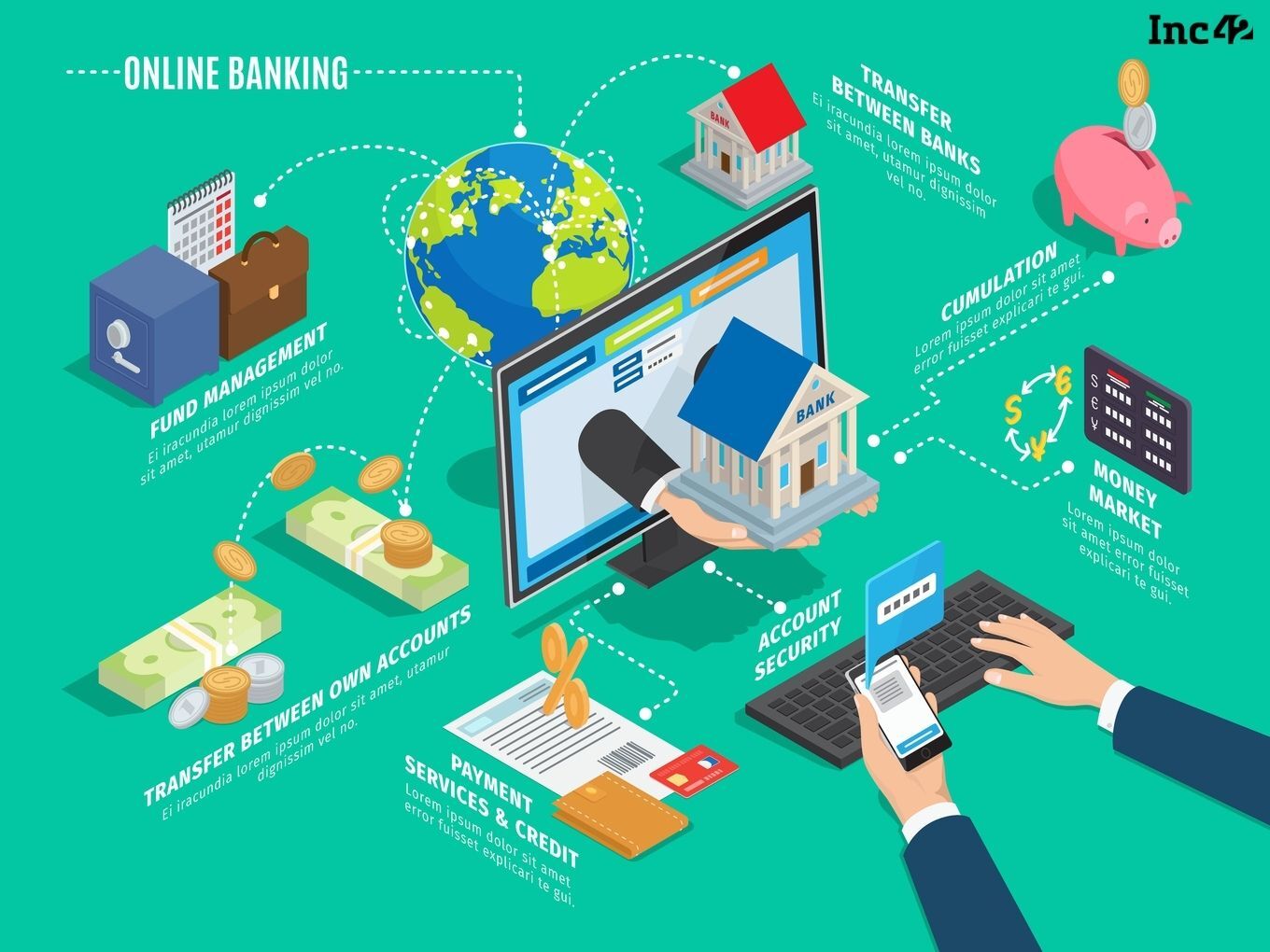 Organised in association with PayPal and Shopify, it was the second webinar in the #GoingD2C series by Inc42 and focussed on the direct-to-consumer market

With digital payments emerging as the major driving force behind D2C adoption, the webinar explored and elaborated on the intricacies of the segment and how it might be leveraged to bring growth and scale especially for MSMEs

The pandemic is far from over, and customers are still wary of stepping out. Individuals and businesses have turned to ecommerce for all their needs, and in the B2C segment, the direct-to-consumer (D2C) model is seeing massive adoption and unravelling a plethora of opportunities.

According to an Inc42 Plus analysis, more than 500 brands are riding the D2C wave in India. Other industry reports also state that India is the fastest-growing market for ecommerce businesses. The number of online buyers across the country is estimated to reach 330 Mn in 2020, a user base that dominates over many larger economies.

Given the current scenario, the D2C model has gained prominence as businesses look to take control of their own operations. Even prominent brands that have traditionally ruled the offline world have made the shift to D2C including the likes of Ajanta-Orpat, Cornitos, LG, Kiehl’s, Havells and even Apple which launched its ecommerce store late September.

A direct model in the new digital age has also proved to be more efficient while ensuring that the brand experience is not compromised. Plus, going D2C is no longer an onerous task which will take months and a dedicated team of professionals. Claro Agro, one of the first few brands to launch a D2C grocery store in India, made the digital shift in less than a week, thanks to ecommerce enabler- Shopify. But beyond adoption, the success of D2C models depends on another crucial factor – digital payments. The rise of digital payments firms in India has set the ground and strengthened people’s trust in online shopping, but more needs to be done.

A recent report by RedSeer also indicates significant growth in the digital payments space as Indian economy begins to recover post lockdown. This sector is expected to grow 2x and touch $60 Tn by 2022, “Driven by a continued rise in private expenditure, with retail consumption at the forefront, and a significant increase in digital maturity of the Indian customers.”

For instance, Shopify has tied up with PayPal to provide end-to-end solutions for enabling  Indian D2C brands and businesses to accept payments from all over the world without any hassles. The powerful combination of Shopify’s easy to use cross-border tools and PayPal’s fast, safe checkout experience can help brands unlock the power of global direct-to-consumer commerce in no time.

“Since most D2C brands are new and unknown, trust and credibility needs to be established for consumers to buy and make repeat purchases, especially in terms any concerns regarding payments, product Quality, returns and refunds,” according to Prabhkiran Singh, founder, Bewakoof, which was one of the pioneers in the D2C space, having started off in 2012.

The reality is that despite the consumer-side and supply-side momentum to the D2C model, issues and concerns around India’s regulatory frameworks for payments and legal compliances for online brands still overwhelm many new startups and aspiring entrepreneurs.

So how can D2C brands and startups optimise their payment strategies and how exactly does it translate into better retention of customers?

Nath Parameshwaran, Director, Corporate Affairs, PayPal India, believes that trade and exports are not meant for big export firms alone, and even D2C brands need to think global. With PayPal’s two-sided network, brands can get access to its global consumer base of  350 million users. . “You can easily take your local business to a global level and sell to a global market. The opportunity is huge, about $400 Bn and growing 25% YoY,” he added.

It’s no secret that in order to ensure sustainable growth in ecommerce and the number of users to make digital a way of life, a safe and seamless payments experience is critical.   payments can result in higher customer attrition and drop-offs from the native platform. Around 70% of online shoppers in the US who have the intention of buying abandon during the checkout process and this is often linked to a lack of availability of their preferred mode of payment.

Often, when customers are not able to pay on the native D2C channel, they move to ecommerce marketplaces to buy the same product which results in revenue leakage, as D2C brands have to fork up a commission to marketplaces.

That’s why addressing this payment gap and going omnichannel is extremely important for brands willing to take the D2C route to expand their business in global markets.

Karan Mohla, partner at Chiratae Ventures, which has invested in D2C brands such as edtech-focussed PlayShifu and others, in an earlier interaction with Inc42 highlighted that improved digital payments support will increase the likelihood that customers will return to the D2C fold, rather than shop at a mass marketplace which does not have the same soul or personality as a brand’s store.

“Along with solving for distribution, the ease of digital payments has played a big role in propagating the increased use of D2C brands. Seamless payment options have created a frictionless and secure layer to enable transaction closure. This helps with building brand loyalty while building and increasing repeat user purchase behaviour, which is critical for D2C businesses,” Mohla told Inc42.

The mandate for any payments company is to ensure seamless and secure transactions for customers.  Since consumers are aware of the ease of starting an online store these days, the trust factor or loyalty is highly dependent on how the brand handles the complexity around payments.

D2C brands should thus have security as one of the key factors while optimising payment gateways. For instance, end-to-end encryption is vital and often consumers might end their journey before checking out, if this has not been enabled by sellers. So having the right payments tech partner with enough bandwidth to accommodate large scale and volume is essential in the long run.

“You need to be aware of the issues which may come your way. Only then, tackling and countering them will be easy. Your credit card and bank account details or any data you share with PayPal to receive your payments are never shared with anyone,” said Nath  Parameshwaran.

Next comes risk assessment and controls for fraud prevention. PayPal runs risk models in the backend to monitor suspicious activities from both the selling and buying side and takes preventive and proactive steps to block such transactions too. In a few cases, where things go wrong, the company provides redressal mechanism and dispute resolution support.

“The risk is probably higher in the physical world. In the digital space, you can track and trace your products, and you have the backend support of payments companies,” said Mihir Ajit Shah, consultant, advisor and global ecommerce expert during an Inc42’s webinar on #GoingD2C.

According to him, the industry is in sync with the foreign trade policy and businesses can boost their exports through ecommerce. Moreover, the volume of ecommerce exports should not hurt companies either.

Traditionally, large-volume international trade depends on bulk cargo as businesses get export incentives. But now companies get similar incentives even with just one shipment. When exporters shift to online commerce, they need not give up on the benefits they used to get from offline sales. “Ultimately, they are bringing foreign currency to the government of India and that should count,” said Shah.

He also added that the digital payments industry has undergone an enormous transformation. It has not only happened on the business front but also impacted government processes when it comes to easy procedures and documentation.

“The government trusts digital payments. Think of imports or customs duties – we only see e-payments now. It’s not a recent thing either; it has been there for a decade.”

The legal documents framework has been simplified too, in tune with the digital boost. People are still wary of legal challenges, admitted Shah, but it could soon change as current policies and frameworks of the government are in a comfortable zone. “Fortunately, India would continue with its current policy throughout this financial year. So, brands don’t have to worry much about learning new things until March 31 next year. And whenever there is a requirement, training sessions will come up so that people can brush up on it and understand the nuances,” Shah said.

Catch more insights into the payments landscape for D2C brands in the Inc42 webinar. Watch it here now.