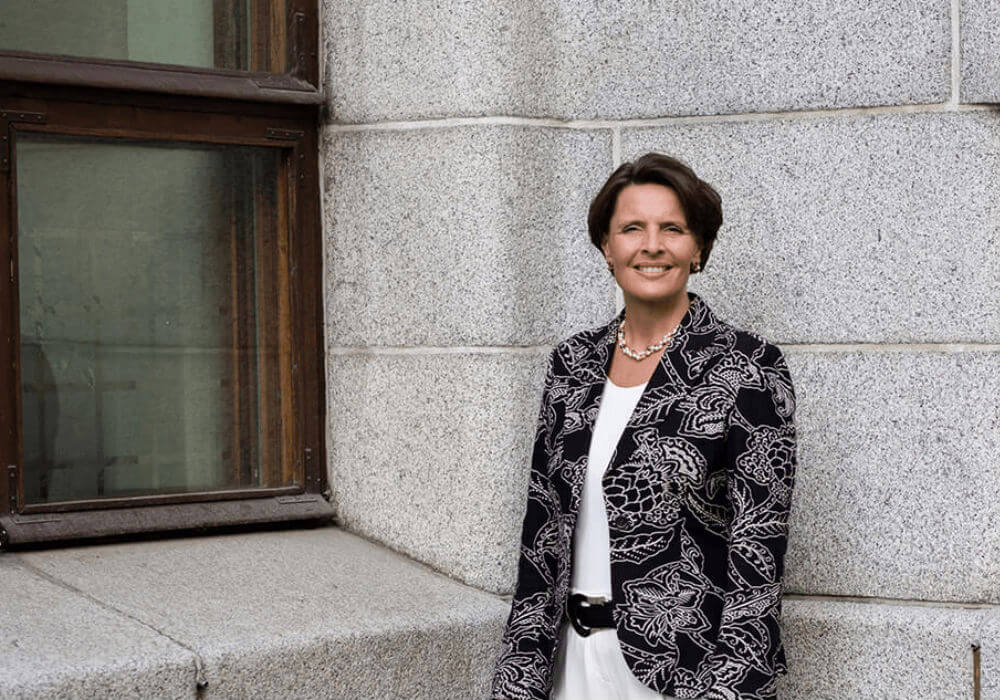 “Climate change is a pressing global challenge and it calls for a collective human action” – PM Narendra Modi. The Finnish Minister of Transport and Communications Anne Berner seems to hold the similar thoughts. In a recent interview with GOInternational Finland, the Minister signalled towards finding common solutions for fighting climate change on a global scale; through cooperation among nations, including India.

The Finnish Act on Transport Services is one of the concrete examples of Ministry’s determination in this field. Further, the Ministry’s transport code reform is committed to finding ways for adopting fully holistic transport models such as Mobility as a Service (MaaS). Berner has also pushed for Finland to take lead in the development and uptake of new technologies; 5G networks, autonomous transport and IoT-based solutions.

In November 2017, Minister Berner travelled to India to attend the World Conference of the International Road Federation in Delhi and the Bengaluru Technology Summit. As Minister Anne Berner said, “Climate change and measures to reduce emissions were one of the topics discussed during my trip (to India). We can benefit  and learn from each other for instance in supporting new, innovative mobility services that can help us achieve climate targets.”

So What Exactly Is This Holistic Transport Model?

In the near future, a smart city means that everything and everyone will be connected. A holistic transport system is a part of this long-term vision. As explained by Minister Berner,

“A holistic transport system is multimodal, open, interoperable and a dynamic transport market where, for example, consumers could with a single payment and on-demand obtain a whole array of mobility services. Simultaneously, data flows through all of the transport systems, making each of its unit smarter.”

This concept is known as Mobility-as-a-Service. The goal is to create an environment where all of its ‘units’ seamlessly work together, producing services that meet the end users’ various needs.

Minister Anne Berner further added, “We believe that through digitalisation and automation we can make a huge impact. Through data, and especially sharing the data, is the key to increase the system level efficiency. This requires a holistic approach and connecting transport also to the wider context of smart cities i.e. energy, housing and land use.”

Both Finland And India Need A Fully Holistic Transport System

Minister Anne Berner, believes that both Finland and India both have unique transport services environment. In Finland, the challenge is the harsh climate conditions and low population density. In India, the situation is quite the opposite.

However, she believes that the Finland model to tackle the national challenges is completely scalable to India.

“Our requirements that call for holistic interoperability for ticketing services of travel chains and open source model APIs created to support that work can be fully implemented by Indian companies and public transport authorities and vice versa offer possibility for Indian companies to establish business in Finland,” she added.

Finland has a population of 5.5 Mn, which creates a much wider difference in scale in comparison to India’s 1.3 Bn. But Minister Anne Berner seems both excited and optimistic about this.

In her view, Finland has companies – both well-established global enterprises and innovative startup companies – that have the top-of-the-field expertise and technological know-how. These technology solutions are scalable for the vast Indian markets and through local manufacturing and partnerships they can be modified to meet the requirements and cost structures of any country.

“The Finnish Government is collaborating with its Indian counterparts to identify these common interests and to facilitate the company co-operation to implement technology transfer, joint ventures and local manufacturing in a way that is beneficial for the companies of both countries,” added Minister Anne Berner.

Finland And India: Both Working Aggressively To Reduce Emissions

The Finnish government aims to increase the physical share of biofuel energy content in all fuels sold for road transport to 30% by 2030. At the same time, they are also chasing the objective of reaching 10% of the total car fleet in Finland to consist of electric vehicles by 2030.

Other measures taken by the Finnish government include:

On a similar note, India is also chasing its target of becoming an all-electric carnation by 2030. The Indian government has taken a slew of measures to improve the adoption of electric vehicles as well as reduce the carbon emission from the transport sector as well as switch to renewable sources of energy.

Some of the major initiatives taken by the Indian government are:

However, as pointed out by PM Narendra Modi during the Paris Climate Accord meet in December 2015, being a developing nation India needs room for growth and cannot immediately cut all carbon emission sources.

“Energy efficiency can be developed by supporting digitalisation and utilisation of intelligent transport system, developing new transport services and affecting the means of mobility and transport. Especially in larger cities cycling and walking should be increased. Therefore, public funds will be targeted to improve cycling paths,” she added.

When Paris Climate Accord was made official in November 2016, 190+ countries pledge to bring down the emission levels to ‘2°C compatible. After two years, India is already among the leading nations that have claimed this status. This means,  if all countries were to follow India’s approach, warming could be held below — but not well below — 2°C, as per a Climate Action Tracker report.

Along with this, several policies and a slew of measures are in line to change the current transport system of the country. From time to time, both the Central and state governments of the country have displayed the courage to take tough decisions in lieu of environment protection.

Even the Indian startup brigade has been an aggressive supporter of this movement. Be it the biggies like Mahindra, Maruti Suzuki testing waters in the electric vehicle segment or startups like Yulu, Zoomcar (PEDL), developing AI and IoT-based cycling solutions. The Indian ecommerce unicorn Flipkart even organised a Gridlock Hackathon calling in all startups to work and innovate to find solutions for traffic congestion issues in the city of Bengaluru, which in the long run can be scaled pan India.

As Finland Minister Anne Berner rightly pointed out, climate change is a global problem and its solution can only be found if nations globally can join hands together. With India already framing international partnership on several grounds with nations like Israel, Portugal, and more, aligning strategies with Finland will not be that difficult on this core issue. How soon things will get between the government of both the countries will be worth watching in the years ahead.