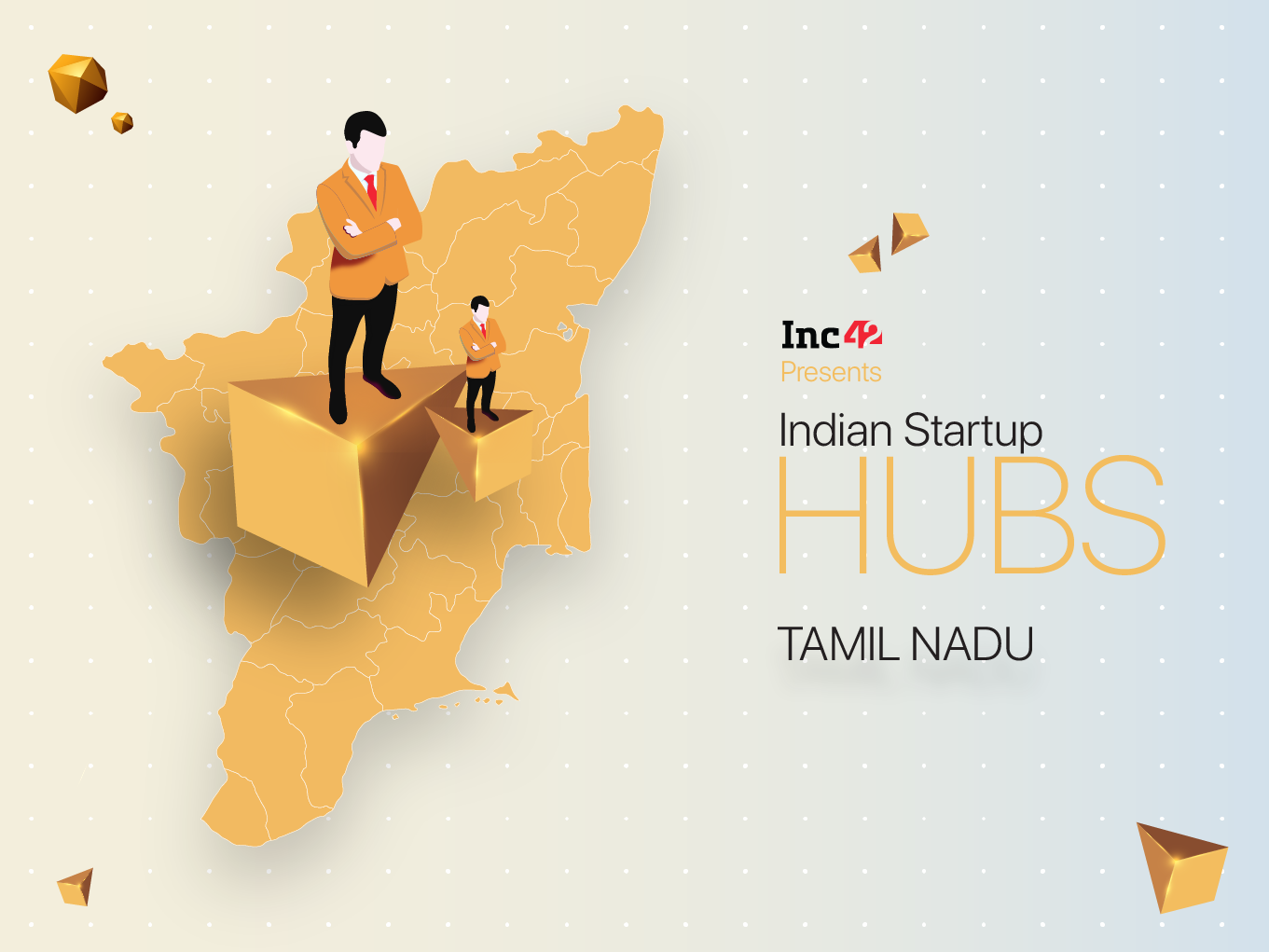 With small-scale networking events and local groups, TN startups are getting the right support system

Organisations such as Entrepreneurship Development Institute of India, Young Entrepreneur School and others are enabling newer founders

Tamil Nadu was noted as an emerging state in DPIIT’s Startup Ranking 2018. Since then, a lot has changed in the ecosystem — for one the Tamil Nadu government launched its state startup policy last year to back the wave of SaaS startups that have already emerged from the state. With a clutch of networking groups like Filter Kaapi Mafia, CTO Talks, and Open Coffee Club, startups in the state today have more support systems than just a few years ago.

The state’s startup policy was a major turning point for the startup ecosystem, according to multiple stakeholders who spoke to Inc42. Lauding the new enabling structures in the state, Hari Ganapathy CEO of Pickyourtrail said, a lot of small group events happen in Chennai. The scale of Chennai events might be 1/20th of metro city events but they have very clear focus areas, he said.

“A lot of founder support happens in Chennai. There’s a group called Filter Kapi Mafia, which is basically a bunch of Chennai founders talking about all kinds of topics from how do we retain people, to how to train first-time managers, and what’s the best outbound email strategy, among others,” he added.

According to Suresh Sambandam, CEO Kissflow and founder of OrangeScape, the 2019 launch of a special-purpose portal Startup TN was a major milestone. But he added the state government needs to include startups in its top-five priority areas of development and allocate substantial state funds to help them grow. Sambandam also noted that Tamil Nadu needs to build on its existing industrial and manufacturing strength in automobiles, garments, textile and foundry industrial clusters.

“Innovative startup ventures need to be nurtured to transform these industries and take them to the next level. Hosur is very close to Bangalore. A massive investment and incentive program can attract a number of startups from Electronic City to Hosur area,” said Sambandam.

The growth of startups in Chennai will largely determine the long-term success of the startup ecosystem. Among the other top hubs of the Indian startup ecosystem, the investment activity in Chennai’s startup ecosystem is falling at a faster rate. This can be ascertained from the fact that the value of funding amount and count of funding deals are diminishing at a negative rate (2015-2019) of 9% and 14% respectively.

10,000 Startups is an initiative by NASSCOM to scale up the startup ecosystem in India. The body works on fostering entrepreneurship, build entrepreneurial capabilities at scale, and strengthen early-stage support for tech startups.

The Confederation of Indian Industry (CII) is a non-profit industry-led organisation. It works to create and sustain an environment conducive to the development industry through advisory and consultative processes.

EDII is the nodal body for Tamil Nadu’s startup policy and is currently working on various pilots to understand the state’s ecosystem trends. Established in 2001, the Entrepreneurship Development and Innovation Institute (EDII), Chennai is an apex organisation in the field of entrepreneurship education and self-employment promotion in the state of Tamil Nadu.

Registered as a not-for-profit company, the IITM Incubation Cell is one of Startup India’s recognised Technology Business Incubators, which is helping startups gain prominence from the early stage and in impact areas. Its focus has been on incubating startups working in rural, social and industrial technologies.

This community of startup founders acts as mentors for new entrepreneurs and inexperienced founders in Chennai. PipeCandy founder Ashwin Ramasamy is one of the co-convenor of a startup community Filter Kaapi Mafia.

Spearheaded by Orangescape’s Suresh Sambandam, CTO Talk is another startup founders community organising periodic talks by chief technology officers of successful startups such as Swiggy, Naukri.com and others.

The Chennai chapter was started in 2007, with an aim to encourage entrepreneurs, developers and investors to organise real-world informal meetups to chat, network and grow.

An entrepreneur development forum started by Tamil Nadu Chamber Foundation where early-stage entrepreneurs meet to discuss their business challenges and learn from each other.

Chennai-based TVS Capital Funds is the growth private equity arm of the TVS Group and is sponsored jointly by Shriram Group and TVS group. Started in 2007, the fund has backed companies such as MedPlus, Om Pizzas & Eats Private Limited, Dusters Hospitality Services, RBL Bank, DCB and Nykaa (exited) from its first two funds.

This angel investment network has funded companies such as PopXO, Traveling Spoon, HitWicket, Cloudcherry, Syona Cosmetics, Velvet Case, and Fourth Partner among others.

The organisation was started to achieve inclusive growth for startups in non-metro areas of the state and has helped bring up various startups from lesser-known towns and cities in Tamil Nadu. Native Lead enables startups in various ways including incubation, investment as well as mentorship.