Amazon’s Cloudtail Is Dead – Is It Enough To Boost Indian Sellers?

CCI raids on sellers like Cloudtail, Appario offices has opened a pandora box on the nexus between sellers and online marketplaces

After Cloudtail shutdown, industry executives say Amazon may be in the process of shutting down Appario retail, another big seller where the e-tailer has a joint stake with Patni group

The raids were conducted in connection with a probe ordered by the CCI in 2020 after a complaint was lodged by Delhi Vyapar Mahasangh (DVM), a group representing small and medium businesses, against ecommerce giant Amazon and Flipkart. The body alleged anti-competitive practices, including predatory pricing, deep discounting, exclusivity with sellers and preferential treatment

Both companies challenged the CCI decision Karnataka High Court, but lost the legal battle last July. Nine months later came the unprecedented CCI action that has raised the eyebrows of many legal experts.

“It felt like we were doing something criminal,” an Amazon employee said.

More importantly, it happened at a time when Cloudtail, the largest seller on Amazon India, was in the process of shutting down.

Contrary to what the reports suggest big ecommerce giants including Amazon, Flipkart have maintained that there remains no distinction between sellers on their marketplaces even if that includes companies such as Cloudtail, Appario that have ownership ties to the marketplace.

At one point, Amazon India head, Amit Aggarwal, was a director at Cloudtail and industry insiders have long believed that Cloudtail is nothing but an extension of Amazon India.

Cloudtail or any other first-party seller where Amazon has a direct stake will always be prioritised in ‘buy boxes’ or algorithims that form the basis of the seller recommendation engine, according to Kailash Subbaiya, head of strategic initiatives and marketing at adtech firm AdYogi. 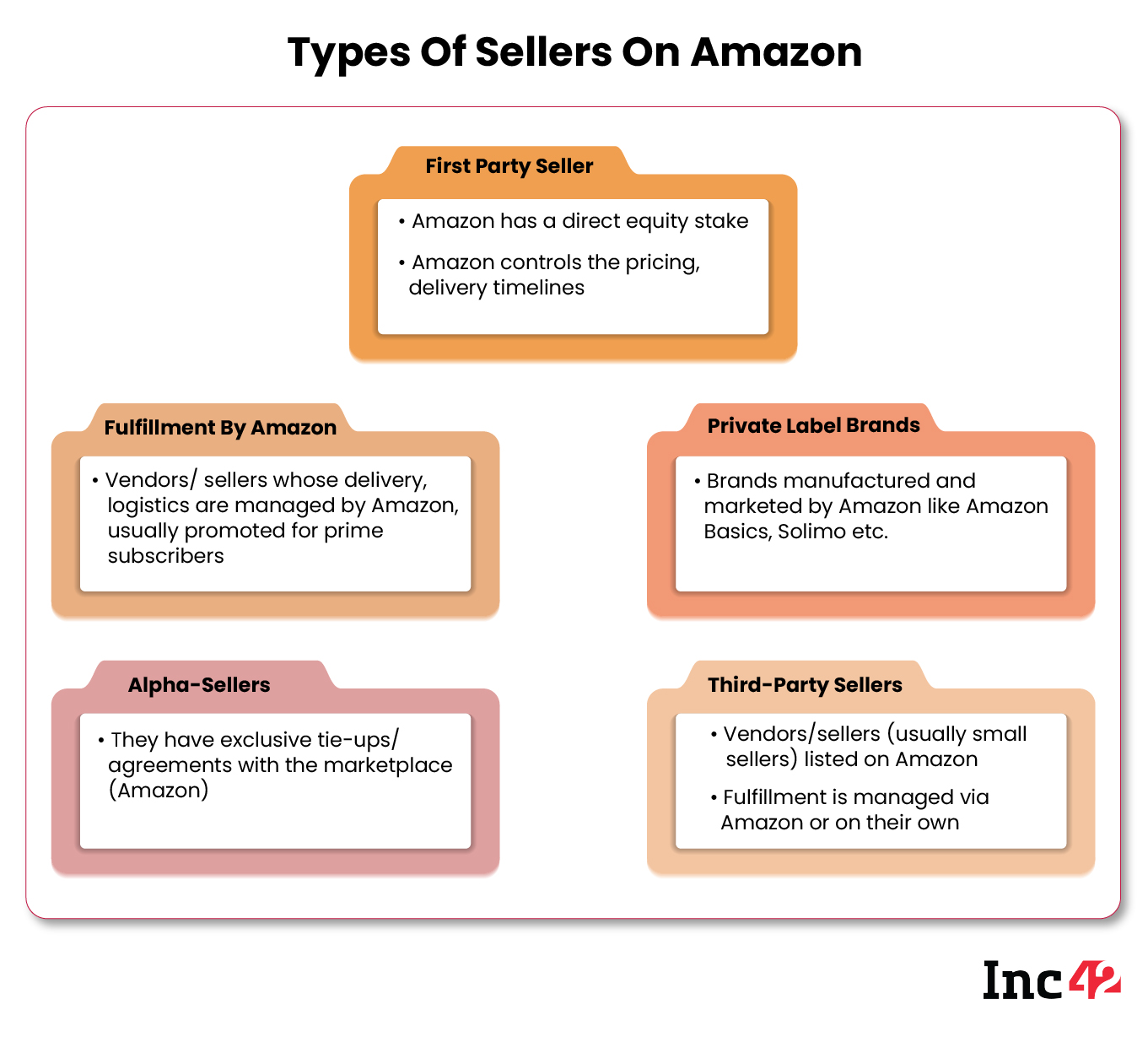 Most of the time, a customer doesn’t notice who the specific seller is, he added.

“The company has specific metrics such as its own sellers, delivery timelines, lowest possible pricing, seller-customer geography and more. And matching these parameters will position one as a ‘preferred’ seller. Cloudtail used to tick almost all the boxes, and thus procured huge inventories from vendors. Third-party sellers have no match there,” Subbaiya added.

Cloudtail’s burgeoning revenues and profits in the past two financial years proved that it made the most of the Covid-driven ecommerce surge. Cloudtail’s revenue jumped 45.7% to reach INR 16,639 Cr in FY21, while net profits soared by 170.5% YoY to reach INR 183 Cr.

The Fall From Grace?

However, this meteoric rise attracted the attention of several traders’ bodies and other retail rights groups. And when it was brought to the attention of regulators, they decided to crack the whip.

The tide started to turn in 2018 when the commerce ministry issued a Press Note 2 for the ecommerce industry, which notified the FDI rule changes in December 2018. Foreign ecommerce entities were barred from selling products from sellers in which they have a direct stake to avoid any preferential treatment. They were also limited to having under 25% stake in such sellers.

Due to the FDI regulations, Amazon brought down its stake in Cloudtail from 49% to 24%.  The remaining 76% was held by Catamaran Ventures. Incidentally, around this time, the company also floated Appario Retail, an offshoot of a JV between Amazon and the IT outsourcing giant Ashok Patni group. This was a similar arrangement as Cloudtail. 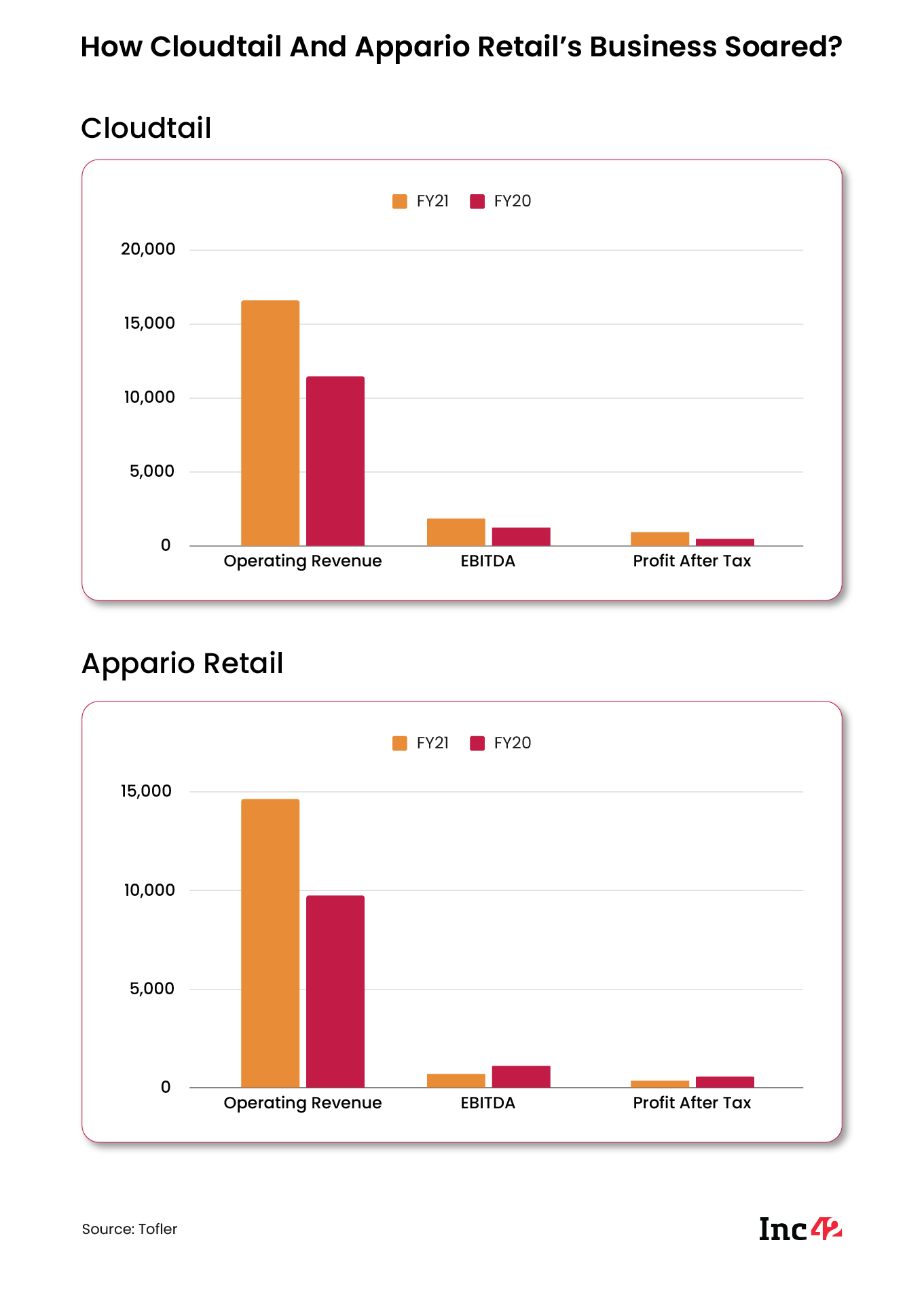 Other reports indicated that Amazon had conferred the status of special merchants to Cloudtail and Appario, which the company had denied.

Under pressure to cut its ties with these sellers, Amazon India announced in August 2021 that Cloudtail would be shutting its seller services from May 2022, and in December, Amazon announced that it would look to acquire Prione and Cloudtail even though the company is shutting down. Earlier this year, the ecommerce major also got the CCI approval for the same.

Industry experts linked the shutting down of Cloudtail to commerce and industry minister Piyush Goyal’s strong remarks against Amazon’s business model and the CCI probe.

But the government pressed further, and now the draft ecommerce policy, under the Consumer Protection (E-commerce) Rules, 2020, is seeking to ban flash sales and deep discounting as selling below the cost price hurts small businesses which cannot buy at scale and offer huge discounts.

The proposed rules also mandate that no online marketplace can own any stake in any seller entity, which is selling on its platform. After Cloudtail’s shutdown, it could be Appario’s turn to come in the regulatory crosshairs.

Sources privy to the development also told Inc42 that Amazon could be shutting down Appario after finding potential buyers as it did for Cloudtail. “It has become increasingly difficult for Amazon to run a JV that also sells on its marketplace. Hence, infusing more funds into Appario will not make any sense. It is only a matter of time before they announce the closure of Appario.”

Subbaiya thinks Cloudtail’s shutdown will not hurt Amazon’s revenue, but data is more critical “Cloudtail will still have all the valuable customer data, and this can be leveraged across all business operations, private lables like Amazon Basics and Solimo,” he added. Who Gets The Cloudtail Pie?

Top ecommerce industry executives told Inc42 that Amazon has struck deals worth hundreds of crores each with four-five Indian companies to launch digital commerce units to take over parts of the Cloudtail business. Although the deal contours are not accessible, Amazon has clearly moved away from owning any direct stake in the new buyers.

Cocoblu Retail, another newly formed entity by RattanIndia Enterprises, has already received INR 350 Cr investment from the parent company, according to an official announcement in January 2022.

Explaining the transition of the businesses/vendors from Cloudtail to other entities, Sameer Shah, director of D2C enablement platform Candle Partners, said that most of the vendors/B2B suppliers saw sales dip in the transition.

Moreover, they would have to strike new deals with the companies acquiring Cloudtail’s businesses.

In a majority of the cases when Cloudtail was in the process of transitioning its business to other companies, industry insiders say that although Cloudtail’s shutdown was not a secret.

“In many cases, Cloudtail liquidated bulk stocks with huge discounts. Elsewhere, inventories as well as part of the workforce, went to the particular company that purchased the business,” a source aware of the development said

Sellers who were doing 2,000 orders a day are seeing the volume drop to 700 orders per day, Shah added.

What Has Changed For Small Retailers After Cloudtail’s Exit?

While it would seem that the Cloudtail experience ended with a win for small retailers, that might not be the case. Retail and online sellers organisations do not foresee major changes in the fortunes of sellers and want deeper probes.

CAIT’s Praveen Khandelwal told Inc42 that clear government intervention in the business models of ecommerce marketplaces would be required, without which Cloudtail’s exit would not matter.

“Unfortunately, we do not know when the CCI will complete its ongoing probe. At times, it can be stretched for years. And that gives the marketplaces enough time to structure new deals and float different entities that will look good to regulators. But we are speaking of the flaw in the business model, which is a clear violation of the law of the land and has hit the livelihoods of small retailers,” he added.

Amazon, on its part, is trying to steer away from any controversy involving allegations of hurting small retailers. According to the company, it has onboarded thousands of small sellers on its platform and enabled them to export to other geographies using the marketplace, which is showing healthy growth every year.

“We have done it in the past and will continue to make efforts to onboard new sellers to enable our customers to access a wide selection of products and a fast and reliable delivery experience,” Amazon India told Inc42.

But people like Arvinder Khurrana, national president of All India Mobile Retailers Association (AIMRA), claims many sellers got preferred agreements and brand tie-ups through Amazon.

Amazon’s network and scale makes it easy for them to sign contracts with brands like Samsung, Apple, Oppo, Xiaomi and more. They get the highest discounts but applicable only on Amazon India. With smartphones contributing 50% to the marketplace, this is a huge incentive.

“Hence. the claim that there are no exclusive tie-ups is completely rubbish. Another point to note is the announcement of flat discounts on almost all brands during festive season sales. These announcements are made by Amazon and not left to the discretion of a seller/brand. That is a big loophole,” added Khurrana.

In May, Amazon India’s head Aggarwal said that the ecommerce giant digitised more than 4 Mn small businesses in India and created more than a million jobs in India.

But the story unfolding in India is no different from that of the US, where too Amazon is battling the small retailers, vendors drawing the regulatory eye.

For its part, Amazon, sources tell us, is ready to shell out billions of dollars to accomplish its mission of gaining the upper hand in the world’s second-largest internet market with a $.71 Tn retail and $200 Bn ecommerce opportunity by 2026.