CFOs In Tech: Cars24’s Ruchit Agarwal On A Startup’s Financial Vision, The Principle Of Frugality And More

CFOs In Tech: Cars24’s Ruchit Agarwal On A Startup’s Financial Vision, The Principle Of Frugality And More 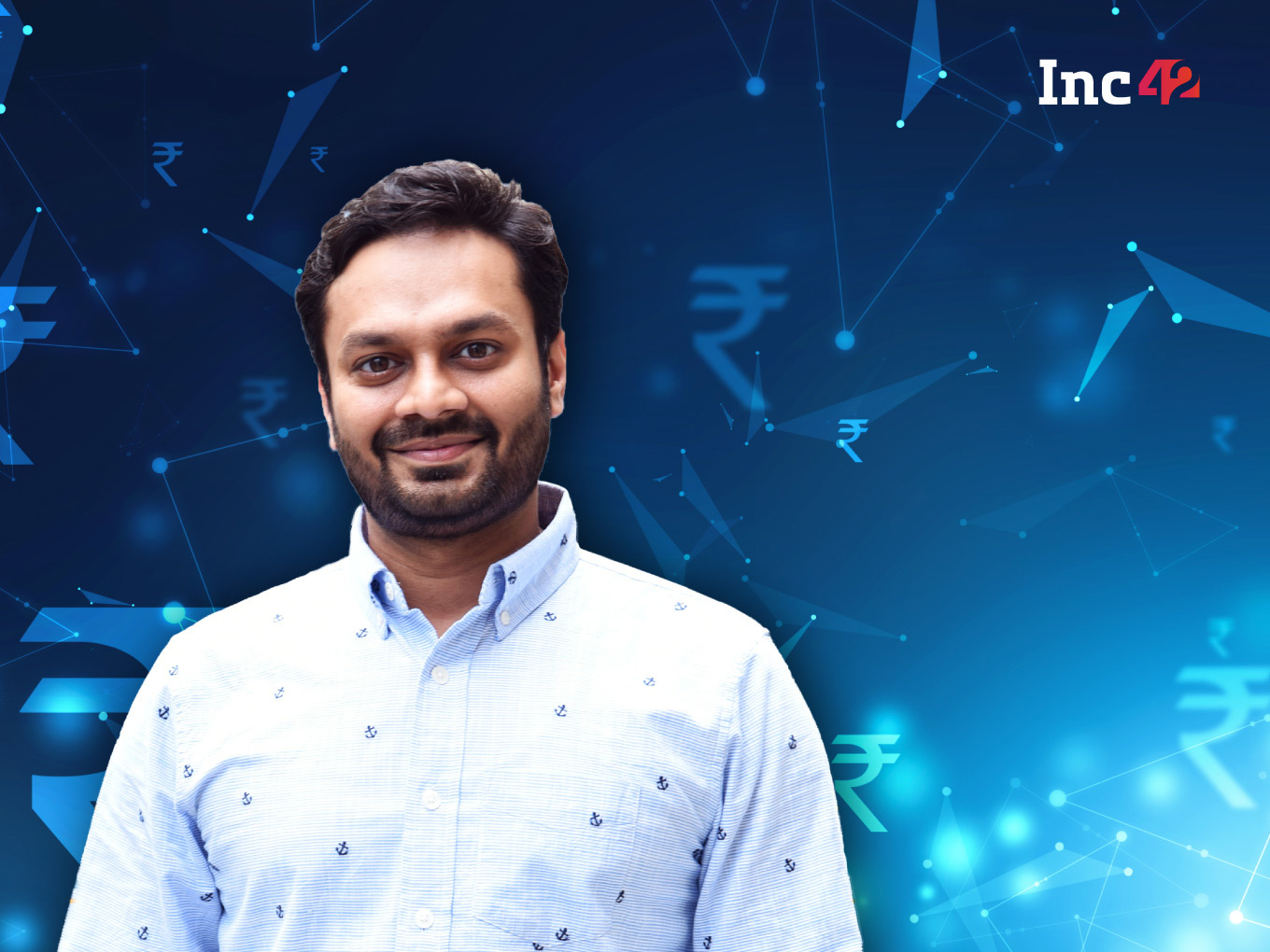 As part of Inc42’s CFOs In Tech Series, powered by HSBC, we have spoken to Agarwal about the challenges in building a company’s financial vision and how to find the right investor

In India, buying a car is still a significant milestone for most individuals as they prefer individual mobility and the status symbol that comes with the wheels. But not many are able to afford this luxury due to financial constraints. For those who still want to achieve the goal, the options are limited. They can either make a one-time lump-sum payment or raise a loan and pay the EMIs. However, a popular alternative has come up in recent years — one can buy a pre-owned car for a lot less and enjoy the convenience of owning a private vehicle.

According to Mordor Intelligence, marketing intelligence and advisory firm, India’s used car market is 1.3 times bigger than the new car market. With 4.4 Mn units sold in FY2019-20 and a valuation of $27 Bn achieved during this period, the segment is growing steadily across the country.

The growth can be mainly attributed to the affordability of used cars compared to brand new vehicles. A GST revision on used cars, from 28% to 12-18% in 2018, further triggered consumers’ mind-shift and the acceptability value of such products. With the ongoing pandemic, the appeal of a personal vehicle is also at an all-time high due to the safety reasons attached to it.

Another reason behind the growing popularity of the segment is the rise of startups across the value chain. The likes of Cars24, CarDekho, Droom and CarTrade have eased the customers’ search for the right car. These players provide quite extensive catalogues so that buyers can easily find their desired cars based on models, mileage, transmission types, and more.

“The used car market is a largely unorganised space where neither the buyer nor the seller has access to a marketplace or clarity on pricing and options. Our guiding principle has always been to make the customer’s life simpler,” said Ruchit Agarwal, cofounder and CFO of Cars24.

A CFO’s Journey From Investment Banking To The Startup Ecosystem

With an affinity for numbers and keen to step into his father’s shoes, Ruchit Agarwal decided to pursue chartered accountancy (CA) and landed a job at Infosys in Bengaluru. After a three-year stint, he went to the US to do an MBA in finance from Cornell University. He got his degree and joined BofA Securities (Bank of America Merrill Lynch at the time) as an investment banker. After working there for four years as the company’s vice-president, Agarwal returned home in 2014 and joined a BofA office in India.

Back in India, Agarwal found himself amid a startup boom. He also met Vikram Chopra, Mehul Agrawal and Gajendra Jangid at the time, and soon after, in 2015, the four of them founded Cars24. The Delhi-NCR-based startup is an online marketplace where people can buy and sell pre-owned cars. The company operates in the C2C (customer to customer) and C2B (customer to business) space.

To sell a used car on the platform, an individual must have an estimated value by entering car details online and allowing a vehicle inspection at home or any branch of Cars24. After the inspection, the car is sold through an online auction. The startup’s revenue comes from a commission on the sold car. In FY20 alone, it clocked $430 Mn in revenue, the company told Inc42.

For Agarwal, leaving a cushy corporate job and starting his startup journey as cofounder and CFO was a leap of faith. But it worked out well as the startup entered the unicorn club in November 2020.

When Cars24 entered the market, the space was still largely dominated by unorganised and semi-organised players. Buyers and sellers used to connect local ads, garages and brokers. According to Agarwal, shifting from a conventional job to an entrepreneurial journey in a segment where rules and operating norms were not yet defined, was challenging.

Sticking to the mantra of ‘business first’ has been helpful. But the CFO thinks that the close-knit nature of the startup and the support from other cofounders have helped him settle in his new role quickly. With an environment open to discussions and debates, the direction and vision of the startup had been agreed upon very early in its journey. The guiding vision was to create a well-structured organisation in the segment and build a system for customers that would make buying and selling of pre-owned cars more convenient.

As a startup CFO, Agarwal has found that the role entails a lot of learning. In fact, what matters most is knowing what to prioritise and when. And the choice often lies between cost management and enhanced customer experience.

This is where Agarwal has found the guiding vision of the company to be helpful. Operating a marketplace means the profit range is often marginal. But the CFO claims that Cars24 has always prioritised customer experience, rather than focussing on cost management. This strategy has enabled the company to capture a large market share. Since its inception, Cars24 has handled transactions of 4 Lakh+ pre-owned cars.

Agarwal believes that keeping customer experience at the top of the pyramid merged the finance vision with the overall vision of the startup. Earlier, he had helped build processes and frameworks to ensure that a seller would get instant payment, refunds would not take days to process and a buyer would not have to wait for the delivery after making the payment. “It is important to tie the finance vision with the broader company vision to create an integrated customer experience and establish the maturity of the startup,” said Agarwal

The Principle of Frugality And How To Find The Right Investor

Cars24 raised its seed round in 2015 when it was starting its operations. And the next three years saw it complete up to Series D round. The startup raised $200 Mn in its latest Series E round in November 2020, led by DST Global.

A startup’s growth trajectory is much faster than a traditional company, explains Agarwal. “To go for consecutive funding rounds, it is important to set in place a guideline to depict the financial maturity that a startup has attained since the previous funding round. In Cars24, this principle involves frugality,” he said.

The principle of frugality means spending only when it is required and just as much as required. Agarwal says that it is the responsibility of a CFO to show the investors that the company can preserve capital and still operate to scale. But as the startup matures, more guidelines and mechanisms get added.

A startup’s operations keep expanding as it grows in size. And it is on the CFO to build relevant frameworks around these operations. Be it determining the criteria to shortlist a vendor or building a procurement team that can reduce logistics costs, new processes get added up and form a complex financial structure. Agarwal says this is when organising budget and finance gets tricky. As a CFO, he has to formalise these processes and ensure that compliances are followed. The transition of a startup from early-stage to growth-stage comes with an evolving financial discipline.

“Despite our valuation today, we are still a frugal company. From the point of company culture, it is our DNA. The core value has always been to think of the company money as your own money and be conscious of it. As a result, we have never really been out of budget, and our losses have been coming down over the years,” said Agarwal

But for him, it is not only about raising funds from investors. It is also about picking the right investors. The relationship between an investor and a startup is like a mentor and a mentee. While the former needs to be assured of the latter’s capabilities to become an investee company, the ultimate goal is to learn from and be guided by one’s investor.

The investor becomes part of the startup team and gives valuable feedback and insights to help with the company’s direction. The right investor can help a startup much more besides providing financial support. Agarwal believes when a startup’s and an investor’s ideas and values match, the amount of money the latter brings no longer remains the sole criteria.