Pre-owned vehicle segment accounted for 18% of the market share, registering estimated sales of 4.4 million units in FY2020, according to SIAM

India’s used car market is estimated to reach between 6.7 million units and 7.2 million units per year by 2022, according to an outlook report by Mahindra First Choice Wheels Ltd.

Covid-19 turned the world upside down, bringing businesses to a halt, affecting revenues and triggering layoffs across sectors. Due to lockdowns and lower income levels, sale of first-hand automobiles was down significantly, but it didn’t affect the growth of pre-owned cars in the country. People, despite financial insecurities, did not want to compromise with hygiene and safety, leading to demand for pre-owned cars. 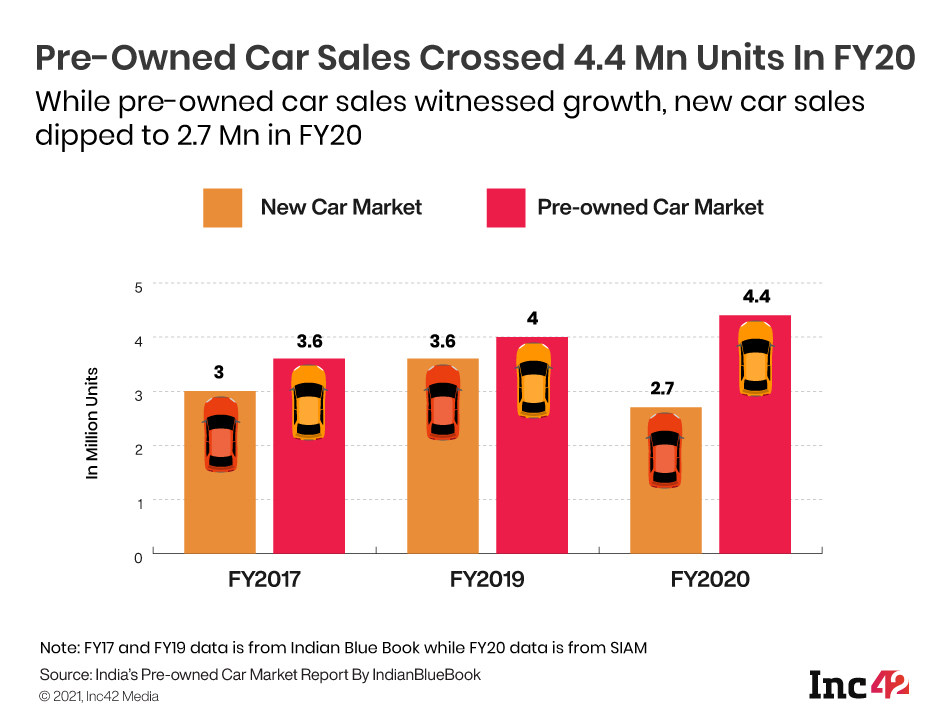 The preference towards pre-owned cars in India is due to more affordability being provided by them as compared to new cars. 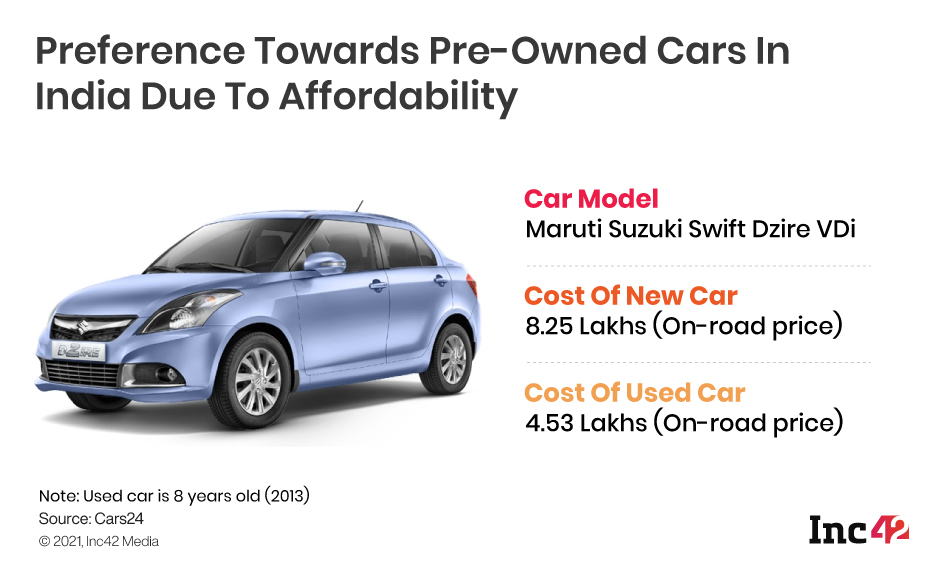 There has been a huge shift in the market composition in the past decade, the organized channel of the pre-owned car market has almost doubled from 10% in FY11 to 18% in FY19, according to the outlook report by Mahindra First Choice Wheels Ltd. 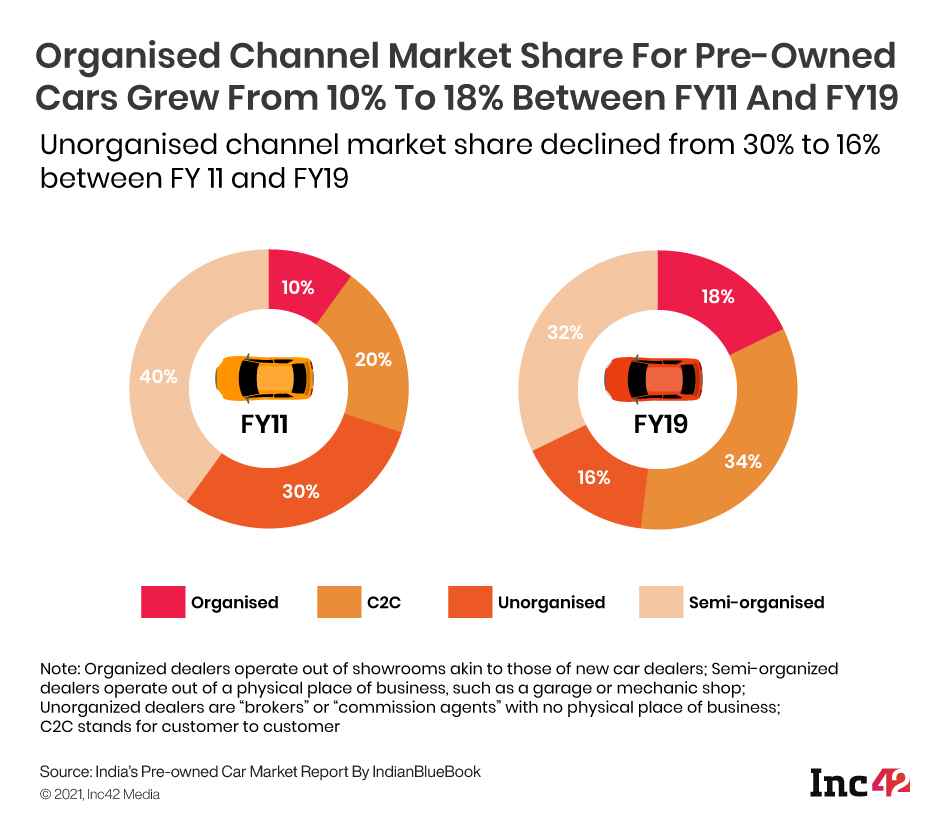 The rise of organised players  in the pre-owned car market can be attributed to the rise of a number of startups in this space.

Although, the first mover in the pre-owned car market was the traditional automobile player Maruti Suzuki which launched its own used-car platform, Truevalue in 2001. Another major player, Mahindra also joined the league with its Mahindra First Choice in 2007. The emergence of multiple startups took place after 2008 in India.

The organised used-car market is the fastest growing channel in India, and is reaping benefits of the changing customer preferences. Although small, the organised channel is competitive, with players offering new age solutions across the physical and digital plane for buyers and sellers. 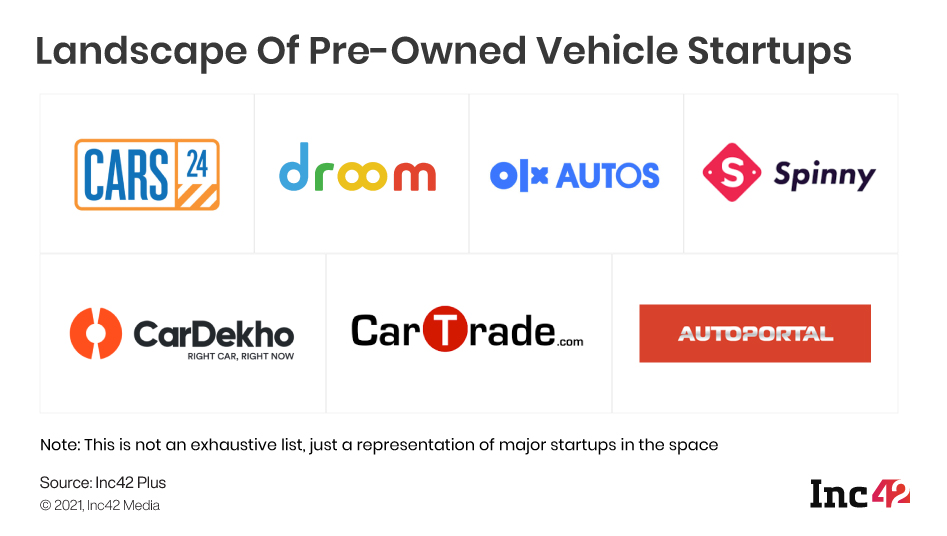 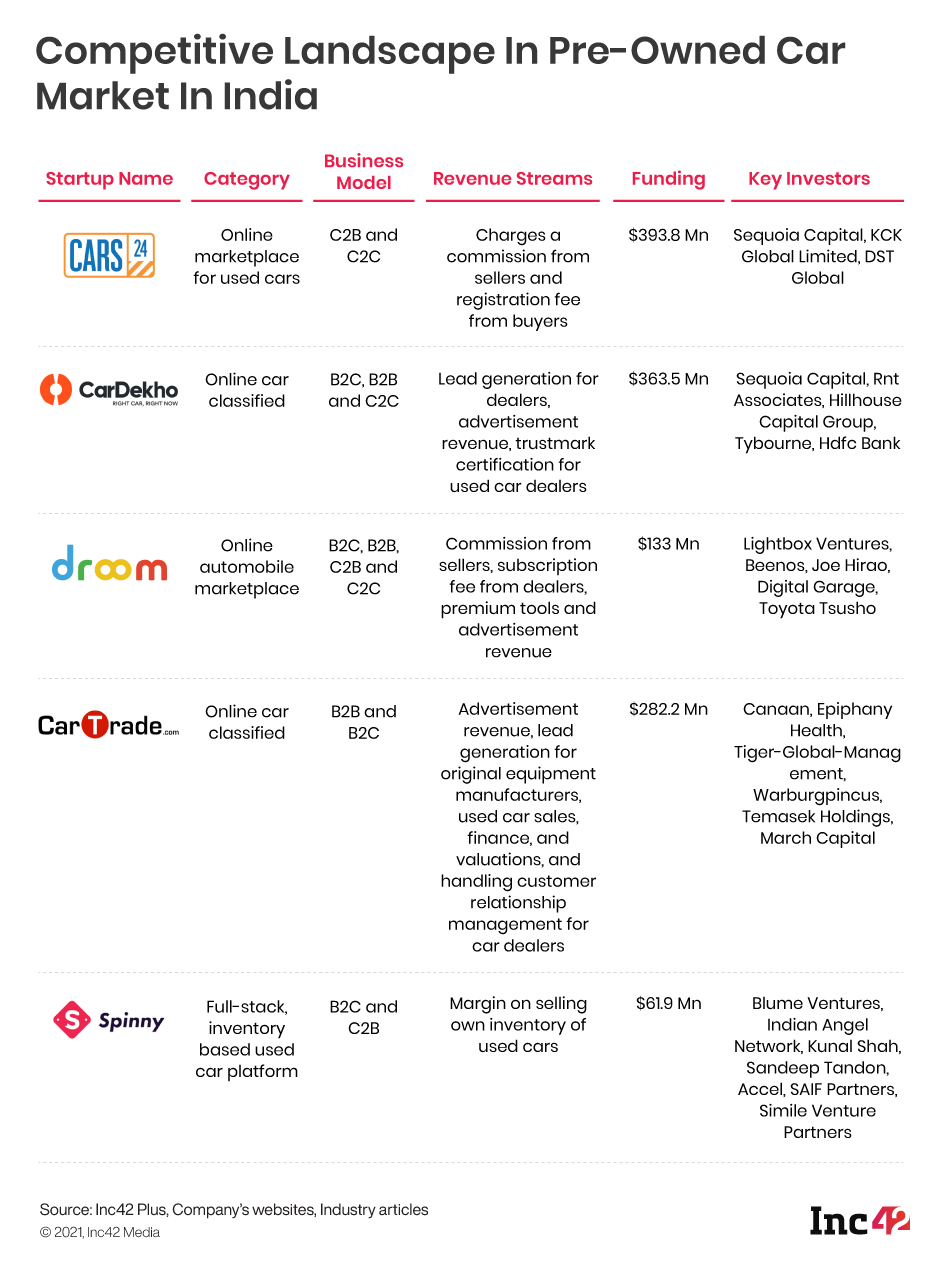 Why Multiple Business Models Are Followed By Pre-Owned Car Startups?

Depending on the operations, it follows different business models such as C2B (Customer to Business) for users selling their used car to the platform, B2C (platform selling used car to the customers), C2C (platform following an online marketplace model), B2B (platform listing used-car dealers). 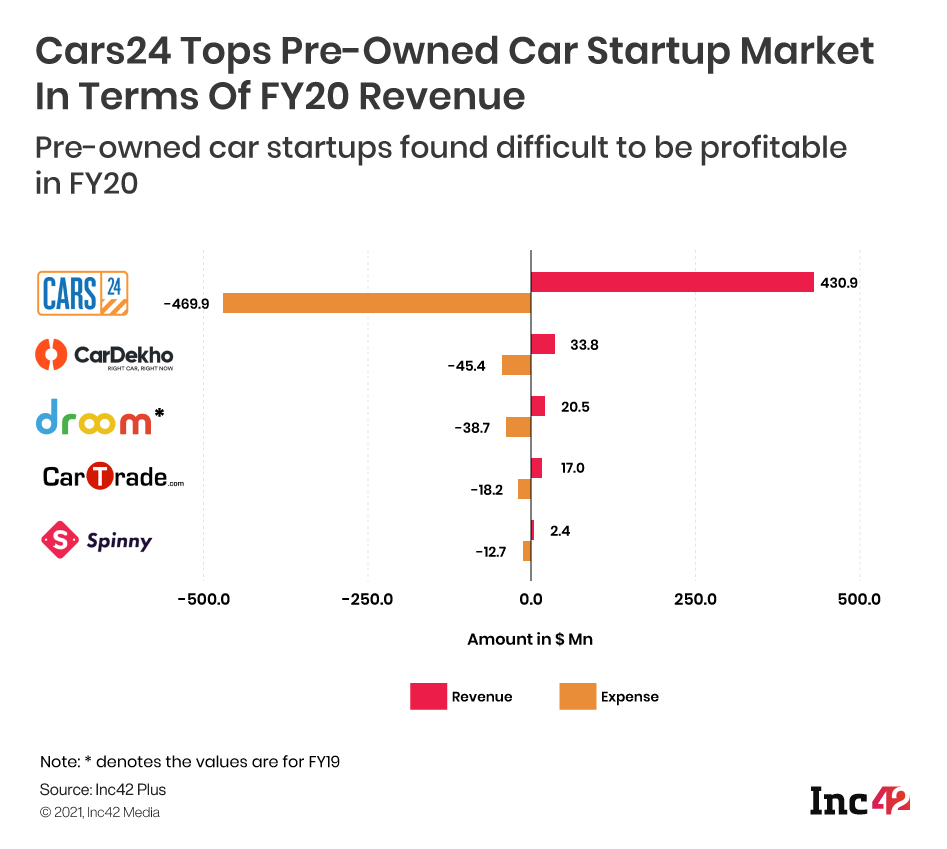 Cars24, recently added to the unicorn club, led the pre-owned car market with $430.9 Mn revenue in FY20. It doubled its revenue from $237.7 Mn in the previous financial year FY19. Most of the pre-owned car based startups in India, struggled to be profitable in FY20.

Will Pre-Owned Car Startups Be Able To Scale Up Their Business?

With rising growth of the automobile market, the pre-owned (used) car market has also evolved over the years. India’s used-car market is estimated to reach between 6.7million to 7.2 million units per year by 2022, with the value of the segment pegged at ₹50,000 crore, according to the outlook report by Mahindra First Choice Wheels Ltd.

A major challenge with the used-car market was matching the right model car with desired colour, mileage features, and overall condition which the customer is looking for. However, with digitisation, the stock availability and extensive networks of organised players, this challenge has been overcome.

With better availability of used-cars, reliability,  transparent-pricing, finance availability, the organised players in the pre-owned car market are expected to increase their market share. The organised channel is expected to grow from 18% in FY2019 to 30% in FY2022, according to the Mahindra First Choice Wheels Ltd report.