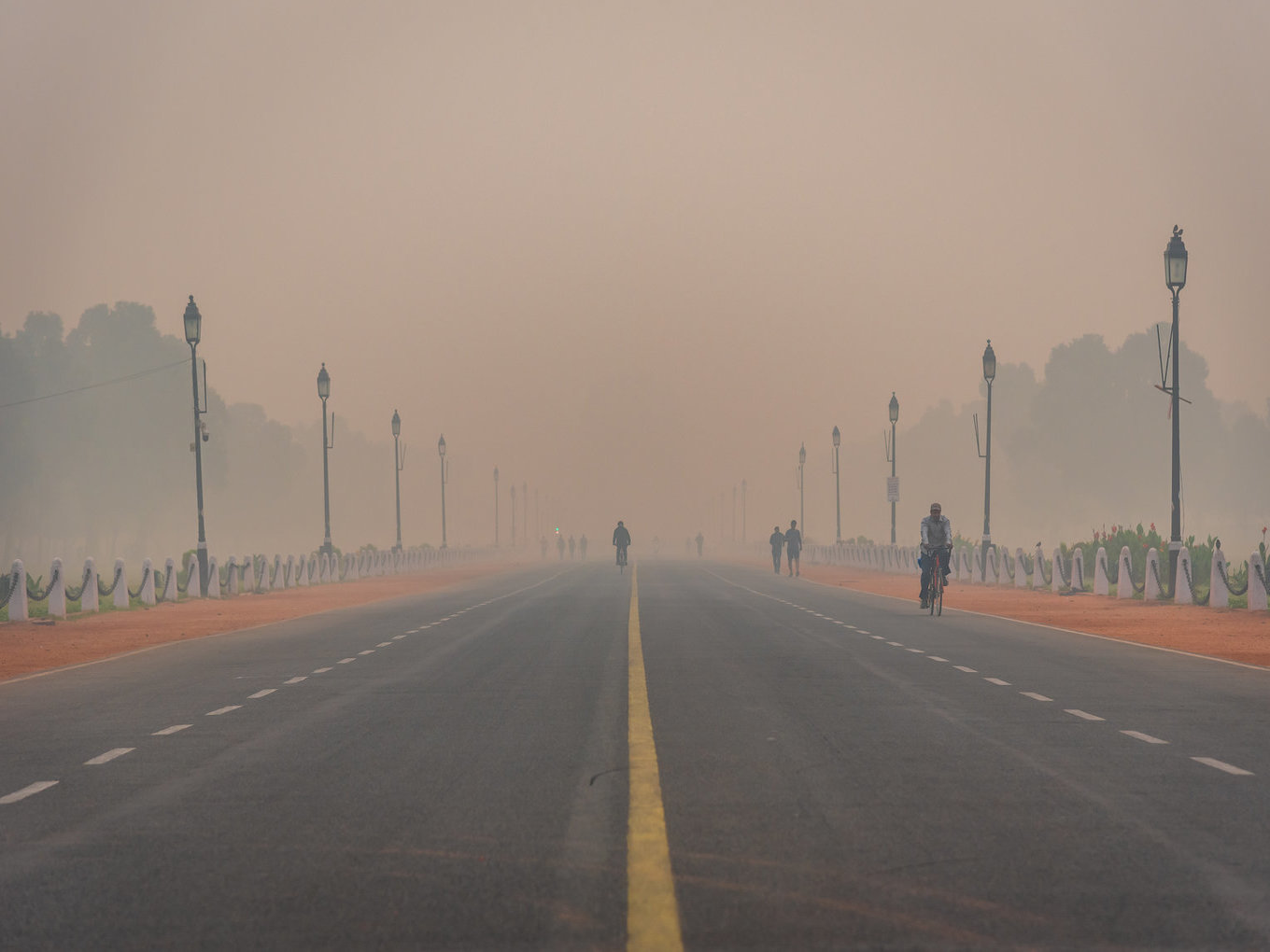 The world has become hotter in the last five years and so have cleantech startups in India. Be it monitoring air quality or solving complex issues like stubble burning with innovative ideas, cleantech startups, backed by the sharpest minds from IITs and IIMs, bet high on making a difference while running a sustainable business.

With shocking reports coming in about the impact of pollution — like the centre for science and environment (CSE)’s report in June this year, which said life expectancy in India is going down by 2.6 years due to air pollution —- innovative ideas from across the country are being appreciated by government, masses and investors alike.

“Our country is currently facing a great deal of environmental issues. Some of the main contributors of pollution in India include the large scale burning of fuelwood and biomass such as dried waste from livestock. There is a lack of organised garbage and waste disposal services and not near enough sewage treatment facilities,” Arc Ventures cofounder Arjun Aggarwal told Inc42.

Founded by Aggarwal and Cibi Karthic, Arc Ventures supports and invests in a multitude of companies bringing ideas from several fields of expertise and delivery.

The firm not only supports tech products or services but also high social impact projects. Its investment thesis revolves around improving the global happiness index through the use of technology.

“We believe that radical improvements in the world can be brought bounteously by virtue of science. We search, identify, support and innovate to bring these advantages to make the human condition better and the world a peaceful place to live. The model of support goes from pushing companies to prototyping stage up to building business with them by bridging with other companies, expertise or both,” the cofounder added.

Recently, Arc Ventures tied up with Japan-based research firm Leave A Nest to set up ArcNest in India.

ArcNest will offer top science and engineering talent to develop advanced scalable systems that can help sustain the long term viability of life on Earth. Additionally, the companies have set up an initial fund of INR 50 Cr for seed concepts that are suitable for combating India’s environmental concerns.

“Recognise the pressing environmental issues our world currently faces and divert attention towards them.”

ArcNest’s began with a 24000 sq ft incubator facility located in Coimbatore. Here, it plans to offer startups a modern workplace with access to advanced tooling and hardware.

The startup hub aims to tackle the problems at their source and repair the already damaged components of the ecosystem through non-invasive environmental engineering technologies.

ArcNest has also completed work on technology to fight air pollution called an urban scale outdoor air-purification system. It can clean and filter the air of neighborhoods and entire cities.

“As air pollution is an ever increasing problem, especially in cities, it becomes imperative that we find ways to address this before we lose our chance to rewind. Starting with ultra-large scale removal of harmful pollutants from the air, our air purification network promises to accomplish just that,” Aggarwal added.

Currently, ArcNest is working on the pilot with the system and will be revealing more details later.

How Bad Is Pollution In India?

“Our flood control and monsoon water drainage systems are obsolete and to make matters worse we divert consumer waste directly into our rivers. Cremation practices near major rivers and government mandated protection of highly polluting ageing public transportation,” Aggarwal said while stressing on the need for urgent action.

More than 377 Mn urban people live in 7,935 towns and cities in India. The populations generate 62 Mn tonnes of solid waste every year, and only 43 Mn tonnes of waste is collected, out of which only a meagre 11.9 Mn tonne is treated and 31 Mn is dumped in landfill sites.

India is home to 17-18% of global population and just 4% of the world’s fresh water. Increased urban migration has put pressure on water supply in cities and the infrastructure is an issue for distribution to rural and semi-urban areas.

“Culturally, we were not tuned to treat water with respect — our lakes are a reflection of that. And what have we done to the river we respect the most?” asked Mohammad Iqbal, founder of WaterScience.

Established in 2014 by Iqbal, Pavithra Rao, Sudeep Nadukkandy, the Bengaluru-based startup aims to make clean water affordable and accessible to all.

With more than 700 Mn youth population, India now stands at a point of no return. If critical action is not taken by those in power, citizens face an unprecedented health emergency, feel experts. While the decision makers recognise this impending crisis, solutions which are not only sustainable but also provide rapid and effective results are the need of the hour.

Iqbal told Inc42 that Bengaluru is the perfect example for inadequate infrastructure and planning disaster. “The city grew really fast, but infrastructure development is years and perhaps decades behind. The borewell boom sucked out whatever water was available, and in some areas from as deep as 2000 feet,” he says.

The surface run-off of rainwater is upwards of 70-80% and the infrastructure to collect, route, treat and store rainwater — also called rainwater harvesting — at a city level is of utmost necessity today.

“When availability becomes the bigger issue, quality gets compromised. We try and use whatever water we can get, regardless of the quality. We will need a few thousand lakes more to be sustainable in Bengaluru,” the WaterScience cofounder said.

Can Startups and Technology Save India?

The pollution reduction industry throws up a $15 Tn opportunity for businesses, making it all the more possible for cleantech startups such as AirOK, Ambee, Air-Ink and others use technology to ensure intergenerational equity.

“The good thing is that since we are behind on our infrastructure in a lot of cities, we can really invest in the latest tech available now,” Iqbal added.

For instance, the cleantech startups use IoT and smart metres to track and manage water usage. Technology helps in improving the quality of water when the quality of the available water is inadequate. Innovations in water purification has eased off the pressure on water sources, as water from sources previously considered unusable has now become available for usage.

WaterScience started off working on solving a very specific challenge — bath water filtration. Poor water quality affects hair and skin health and its shower and tap filtration product called Cleo addresses this. Later, it introduced a water-efficient shower-filter with a 3-star (ultra-efficient) certification from IAPMO. It is said to use up to 70% less water compared to a regular showerhead. With an average cost of around INR 1500, and per liter filtration cost of less than 3 paise, the products have seen faster adoption especially in metros – where the startup has sold over 100K units and seen 44% return users for replacement cartridges.

Another most innovative solutions from the cleantech space is the Air-Ink produced by Graviky Labs. The company captures air pollution and recycles it into inks. Soot, an important ingredient in ink, used to make it black, is also found in vehicular emissions. Thus, Graviky has developed an ink, called Air-Ink, made from air pollution, in which soot is a major ingredient. Air-Ink repurposes pollution and turns it into tools for art. The process upcycles carbon from air-pollution emissions and enables carbon-negative printing and production.

Founded by Anirudh Sharma and Nikhil Kaushik in 2013, the startup uses a soot trap called Kaalink, which is attached to exhaust pipes of cars and diesel generators to harvest the pollutants. Each such Kaalink collects up to 95% of the pollutants emitted from the tailpipe, including particulates between 2.5 and 10 micrometres in diameter. One Kaalink can collect enough carbon to produce enough liquid to fill a pen in 45 minutes, Graviky claims.

“Ambee was started with an aim to empower the common man with data about hyperlocal air quality in real time that can help them understand the impact of air pollution, take precautions and find solutions,” CEO and cofounder Akshay Joshi told Inc42.

In North India, where pollution has reached unprecedented levels in the past few years, stubble burning is a major contributor to the hazardous air quality. A2P Energy is working on the ground to resolve stubble burning in Punjab, the major contributor of pollution in New Delhi and neighbouring states. Founded in March 2018 by Sukhmeet Singh, A2P Energy buys crop residue from farmers and converts this waste into useful products.

It not only solves the problem of pollution, but also ensures more income for farmers as they volunteer to not burn straw and sell it. The startup buys straw from farmers, processes it to develop an alternative to coal and wood in the form of pellets, which are sold to clients in food processing, pharmaceutical and dyeing industries including mega corporations such as Pepsico and Hindustan Unilever. These pellets can be used as an alternative fuel.

Can Investors, Govt Back The Cleantech Movement?

India is home to many more such cleantech startups. But starting a cleantech company is often more expensive at the initial stages. This poses a challenge for startups because they cannot compete on price with established players, and businesses are naturally not willing to pay anything other than the best price.

A lot of administrations around the world have stepped in to level the playing field, with subsidies and incentives for cleantech. The government of India has come out with the FAME architecture (Faster Adoption and Manufacturing of (Hybrid and) Electric Vehicles), which is an example of an incentive scheme but restricted to the automotive segment.

Collaborations such as ArcNest are what cleantech startups in India need to navigate through the tough initial stages.

“The importance of clean initiatives, and by extension cleantech, is something that is only now coming into mainstream awareness. A combination of government initiatives like Bharat Stage VI emission norms are a great example,” Ambee’s Joshi added.

He also believes that public awareness campaigns and protests against air pollution in Delhi can spur a change in the thinking of decision makers.

“Major corporations are taking a step towards sustainability initiatives, and cleantech startups and companies are now able to leverage this awareness for business.”

Also, cleantech, by definition, is a technology play and requires a certain kind of investor thesis, one which is comfortable with deeper technology and longer return cycles. “This is also the reason why a lot of cleantech investments come from foundations, governments, or corporate capital – notably oil and gas companies,” Joshi told us.

The other major issue being faced by Indian cleantech startups is the lack of awareness for the severe need to fight environmental problems among the general population. “Cleantech entrepreneurs must offer domain specific and cost effective solutions that our govt can afford,” Arc Ventures’ Aggarwal said.

But it’s not just about awareness, but changing lifestyles and habits. Fixing leaks in taps and pipes, using water-saving taps and showers, collecting water and using, rather than directly from a hose or tap are some of the examples of conserving water that Iqbal rattled off. These, he believes, can be implemented immediately to see a reduction in consumption and wastage.

“Start with usage and wastage. Education and awareness are the key. We can EASILY live on 50% of the water we use currently with simple changes.”