How To Recapture Your Sense Of Adventure

How To Recapture Your Sense Of Adventure 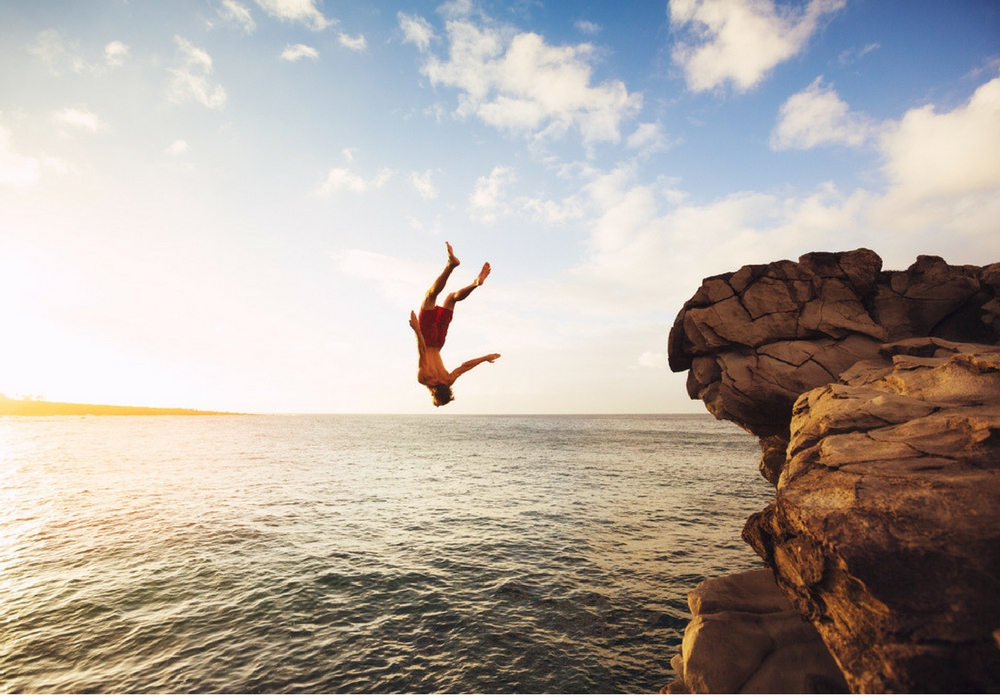 Find The Smallest Way To Embrace Your Passions

People believe that the only way to follow your dreams is to go all-in, with reckless fucking abandon. Now, I’ve got nothing against reckless abandon — it’s what put a human on the moon and a smartphone in my pocket — but it’s not always realistic.

Life is tough, life gets in the way and gets everywhere. It doesn’t stay in the right boxes, and it spills everywhere. So don’t believe that bullshit idea, that dreams require total commitment. They can be about doing the little things that keep them alive.

If you’re working a tough job, because you’ve got a mortgage to pay off and a husband to support, set aside one hour a week. Just one, to follow a passion. And then spend that hour reading about something you need to know, or making the first, tiny version of a product you’ve always dreamed of.

Doing that might not make you a millionaire, or a superstar — but that’s not the point. Following a passion is about doing, not being. If you can do, for just an hour a week, you’ll be chasing a dream again.

Working, and earning money, and supporting your family aren’t anything to look down on. They’re things to be fucking proud of. Don’t let people on Instagram tell you the only way to be happy is to travel full time, or live some kind of freedom lifestyle.

But don’t forget to leave yourself sometime for passion.

Look For An Open Window, If You Think The Door Is Closed

I used to dream about being a musician, as much as an entrepreneur and a writer and a businessperson. When I lost my record deal, to my mind, that door had slammed shut in my face. How horrifying! To have the avenue of my passion shut off.

My problem was that I’d only outlined one way into my passion — to start a band, and make a record, and get a record deal, and tour, and sell CDs and be a mega-fucking-celebrity. That was so limiting, to only see one way forward.

When I spun that around, and approached it from a new angle, things started to change. I started looking at making music as a way to write the soundtrack for a documentary I’ve been making, about family life in the 60s. And suddenly, I was back to recording again, and loving it.

Is there another way into your dream, for you?

Remember Nobody Gets To Define You… Except You

You can’t worry about whether or not you’re a “real” version of your dream. You know, am I a real artist, or a real investor, or a real startup founder. You know how to become a real version of any of those? Make some art. Invest a hundred bucks in a company or a piece of stock. Start a company designing custom stickers with a $50 website.

There’s no objective standard by which we can judge how valid someone’s career or dream is. It’s really up to them. If you’re worried about whether people will question your statement when you say what you do, remember — no matter how snobby they are, they don’t get to be the purveyors of all validity.

If they think they do, it’s only because they’re so insecure themselves that they’re trying to validate their own work by saying there must be an objective validity, and the way to define it is to define what it isn’t. Don’t listen to them. They’re full of shit.

Are there objective measures of success? Sure. Douglas Coupland is an objectively more successful writer than me. He’s published incredible books, written beautiful words and changed lives. He’s made a real living as a writer. Does not being as successful as him mean my career is invalid? Nope. It means I’ve got a lot of work to do.

There’s an old idea, that you can never afford the time, the money or the risk of an adventure until you no longer want to do it. That’s such a sad idea. I’ve come across it time after time, people who say to me that they always wanted to do X…when they were younger.

They always wanted to experience something, and do something, and create and build…when they were younger. It’s as though they grew out of it, and came to their senses, and when they see people who’ve taken it to the next level and blasted out of their comfort zones, they look on them with a mixture of regret, envy, and judgment.

They want to tear them down and say, they’ll learn when they’re older that the choice was wrong, and they should never have set out on that adventure. They want to do it because it validates their decision to never open that door, and never set foot on the road they desperately wanted.

I think there’s a special kind of bitterness that only comes from abandoning your dearest hopes and your most treasured ideas. It makes you hate the world, and hate the people in it, and hate those with the courage to go on, and hate the reasons that pushed you to give in.

It makes you blame people, for embodying those reasons, and resent them. It makes you lonely, and angry and sad and helpless all at once.

I used to put so much pressure on myself to be somebody, and to chase big dreams, and to go all-in on my passions. When I was younger, I thought by this age I’d be either a rock star living in a van and touring around playing punk rock wherever my heart lead me — or the CEO of a giant tech startup, closing in on the Forbes’ rich list.

And that’s what it means to uncover, and regain, and keep holding on to your sense of adventure. It means finding ways to do the things you love, and do your passions, and not become hemmed in by the rest of your life.