Jeff Bezos had to take 60 Meetings to raise $1 Million for Amazon, giving up 20% to Early Investors

Jeff Bezos had to take 60 Meetings to raise $1 Million for Amazon, giving up 20% to Early Investors 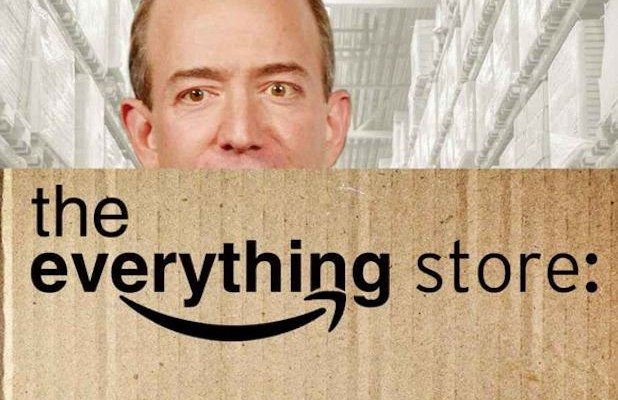 Amazon.com almost didn’t make it out of the gate, with a young Jeff Bezos encountering a common entrepreneurial challenge: raising money.

In an interview with Charlie Rose of 60 Minutes, Bezos recalls those early days in 1995 when things were touch and go.

The comments about raising capital did not make it into the main broadcast, with good reason given the scoop that Rose obtained in uncovering that Amazon.com is experimenting with a new system to deliver packages via aerial drones.

But they did make it into a 60 Minutes “Extra” segment. Here’s Bezos talking more about raising that first round of cash.

Bezos: “The riskiest moment for Amazon, Charlie, was at the very, very beginning. I needed to raise $1 million at a certain point, and I ended up giving away 20 percent of the company for a million dollars.”

Rose: “A helluva a deal for somebody.”

Bezos: “A lot of people did very well on that deal (laughs). But they also took a risk, so they deserve to do very well on that deal. But I had to take 60 meetings to raise $1 million, and I raised it from 22 people at approximately $50,000 a person. And it was nip and tuck whether I was going to be able to raise that money. So, the whole thing could have ended before the whole thing started. That was 1995, and the first question every investor asked me was: ‘What’s the Internet?’”

You can see the full interview below:

Of course, some Seattleites benefitted handsomely from their early investments in Amazon, including Madrona Venture Group’s Tom Alberg (who remains on the company’s board) and venture capitalist and entrepreneur Nick Hanauer (who has since sold off his stake).

It’s fascinating to hear Bezos talk about his struggles raising capital, showing that he’s not forgotten those entrepreneurial roots. In fact, those comments could foreshadow how he may spend some of his estimated $27 billion fortune in the coming years, perhaps funneling even more money to new ventures through his venture capital arm, Bezos Expeditions.

But, for now, Bezos is very much focused on building Amazon for the long-term. In the main interview, Bezos talks about how all companies tend to lose their luster over time, noting that “Amazon will be disrupted some day” and noting that companies inevitably “come and go.” He then tells Rose that he just hopes that happens to Amazon well after he’s dead.