According To Inc42 DataLabs, Blume Ventures Was The Most Active VC Fund In The Indian Tech Startup In H1 2018

We have some interesting revelations for you on the VCs that were active in this period — H1 2018 saw 166 VCs make investments, of which Blume Ventures and Accel Partners India were the top two VCs with 11 deals each. 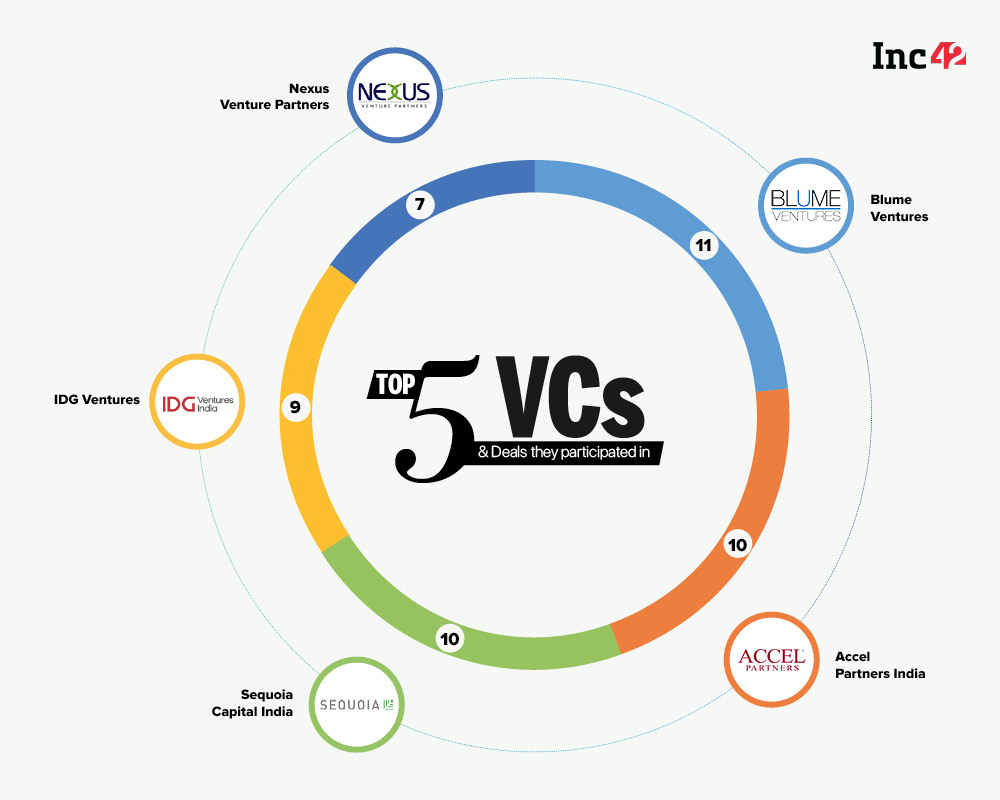 The firm provides seed funding investments between $0.05 Mn – $0.3 Mn in the seed stage. It also provides follow-on investments to its portfolio companies ranging from $.5Mn to $1.5Mn.

It usually invests between $0.5 Mn and $50 Mn in its portfolio companies.

The firm invests in India-based companies and also in companies outside India with an investment range of $1 Mn and $10 Mn.

The firm invests between $0.5 Mn and $10 Mn in early- to growth-stage companies. Nexus makes investments of up to $0.5 Mn in their seed programmes.

In H1 2018, the firm invested in Bengaluru- and San Francisco-based developer tools startup Hasura, and AI-based job search platform Joveo, among others.

Here are some more interesting facts about the VC ecosystem of the country: