Fantasy Cricket In India: New Innings For The Cricket Fans

Fantasy Cricket In India: New Innings For The Cricket Fans 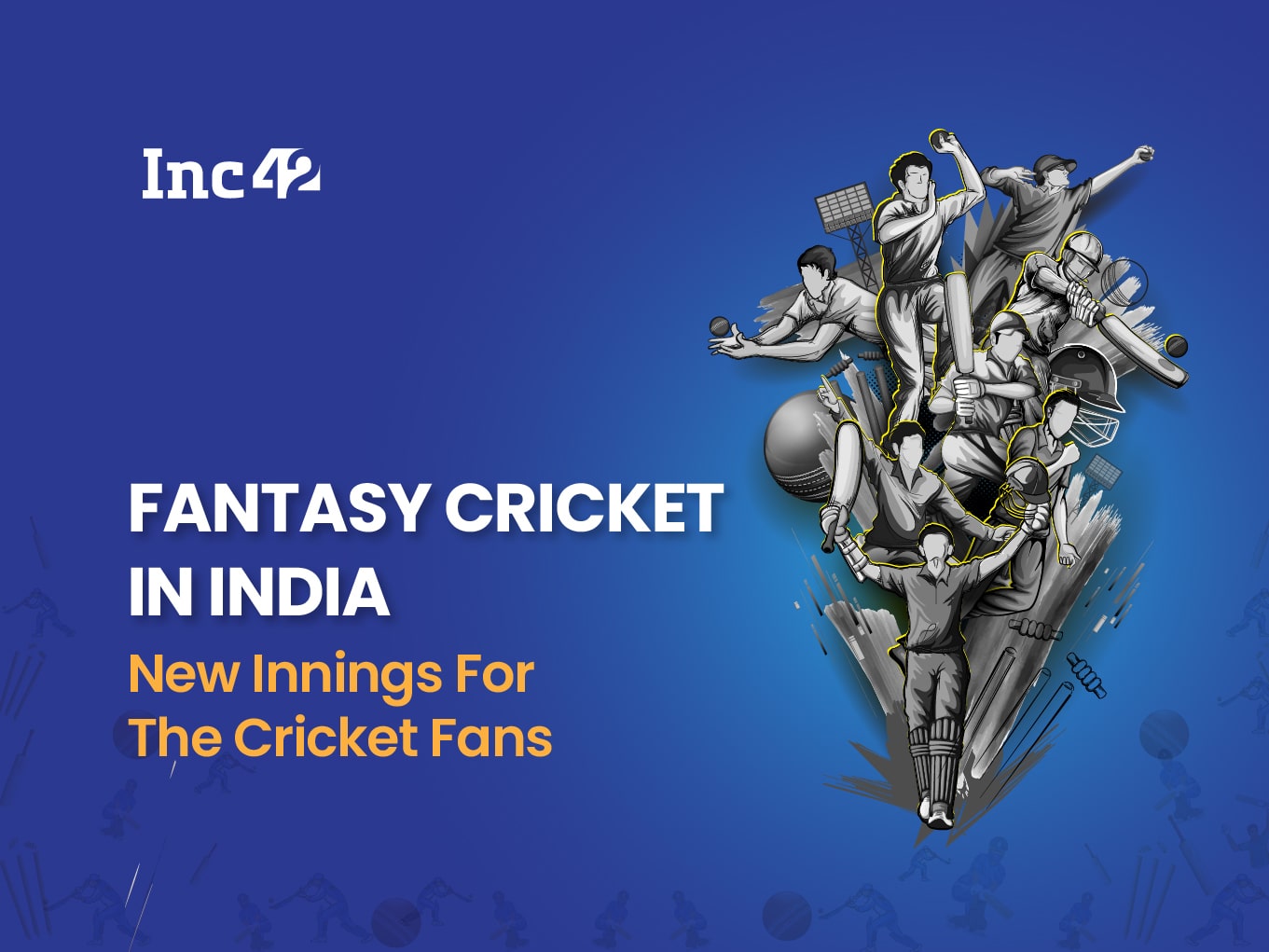 According to KPMG survey, 77% of the respondents who have played fantasy sports engaged in cricket over other sports on fantasy platforms

Will cricket be able to maintain its dominant position in the fantasy sports market?

If cricket is the (unofficial) national sport of India, it is not surprising to see the game making a foray into the virtual world – in the form of a fantasy sports gaming. While the concept of fantasy games entered India as early as 2001, with the ESPN Super Selector game (and yes, it was cricket, again), the recent popularity is the outcome of increasing smartphone penetration, affordable mobile data and the luxury of time people enjoyed during Covid-induced lockdowns.

The concept is simple enough. Gamers go online, pick their favourite sport, create a ‘fantasy’ team based on real-life sports stars who would take part in upcoming matches. A contestant wins or loses depending on the on-field performances of the selected players he/she has inducted into the virtual team. But there is something more. Unlike ludo or lottery, fantasy games are not just mindless fun or games of luck. It requires in-depth knowledge of the game and an analytical mind to make strategic choices in sync with what one could expect in the real world. Better still, one’s research, knowledge and skills can be easily monetised, and fan engagement rises as never before.

It is not surprising, therefore, that fantasy sports in India are seeing some significant growth. The number of fantasy sports operators has gone up from 10 in 2016 to 140-plus in 2019. And the number of users is estimated to reach 100 Mn by the end of 2020.

According to a study conducted by International Cricket Council (ICC), Cricket has over 1 Bn fans globally, with the Indian subcontinent alone constituting more than 90 percent of them. The strong fanbase that cricket enjoys directly translates into a high user base in cricket related fantasy sports,  resulting in the highest coverage across fantasy gaming platforms, contests, and transactions.

According to a survey done by KPMG in January 2020, 77% of the respondents who have played fantasy sports in the last one year, engaged in cricket contests over the fantasy sports platforms, whereas Football (47%) and Kabaddi (9%) stood second and third in terms of popularity.

Evolution in user preferences complemented by the expansion of coverage of different sports by the fantasy sports operators has been instrumental in changing the Contest Entry Amount (CEA) split across sports. Although Cricket continues to dominate, its share has reduced from 95% in 2016 to 85% in 2019. Though the actual value of CEA contribution of cricket continues to rise.

With the 2020 Indian Premier League breaking its viewership records with a 28% increase in viewership as compared to IPL 2019, according to BARC Nielsen, it is a clear indication that in the pandemic, live events are able to engage audiences in novel ways. Similar fan activity and engagement were witnessed on the fantasy sports platforms during IPL 2020. With the tournament being sponsored by Dream11, the attention was squarely on the fantasy sports market.

While India has been a cricket-centric nation for close to a century, with core formats of Test Match and ODI receiving strong viewership, it is the advent of the T20 format and introduction of IPL (Indian Premier League) in 2008 that revamped the sports league landscape in India.

Similar to the IPL, other sports authorities too have launched leagues like Pro Kabaddi, Indian Super League (ISL) etc., following the location-based franchisee format that modified the Indian audience’s affiliation with teams and viewership pattern of sports leagues.

With the increased participation of international sportsmen, support from sponsors, celebrity endorsements, and increasing viewership of sports leagues have become a mainstay for fantasy sports platforms that use sporting events to ensure continued user engagement on their platforms throughout the year.

Fantasy sports platforms have started focusing on non-cricket sports to overcome the seasonality challenge user engagement arising from being dependent on a single sport. Beyond the cricket season, it’s sports like Football, especially the globally popular leagues, that keep the fantasy sports users engaged on platforms throughout the year ensuring consistent revenue streams.

“Cricket has been the heart of fantasy sports but with the growing interest of Indians in other sports, the future is expected to see the evolution of other fantasy sports such as Football, Basketball, Kabaddi etc.” said Suraj Chokani, Founder of 11Wickets

According to a KPMG survey, it was found that single sports stickiness is high among Football and Basketball fans while Cricket fans are quite adaptive to trying out new sports. Thus, Fantasy Cricket is expected to ride the growth wave in India, with the evolution of other fantasy sports.