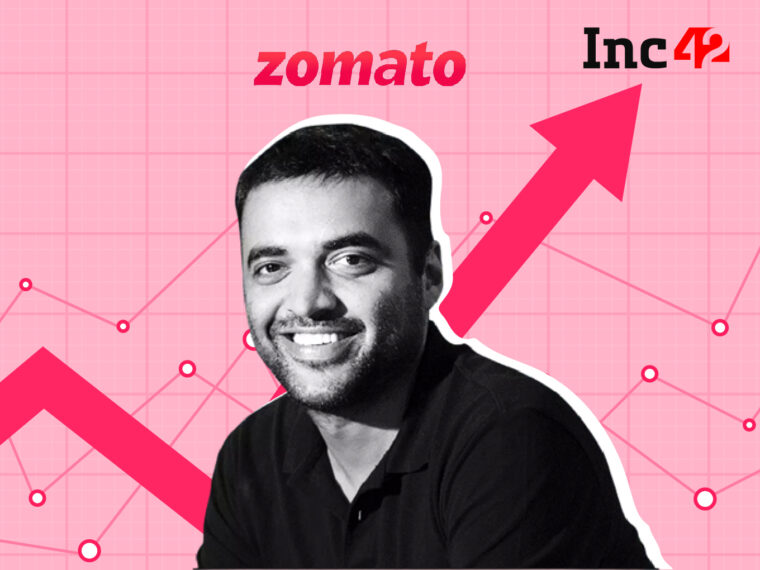 Zomato’s revenue from operations stood at INR 1,211.8 Cr during the quarter ending March as compared to INR 1,112 Cr in Q3

On a quarterly basis, Zomato’s loss rose multifold to INR 359.7 Cr during January-March quarter from INR 134.2 Cr in the year-ago quarter and INR 67.2 Cr in the preceding December quarter. 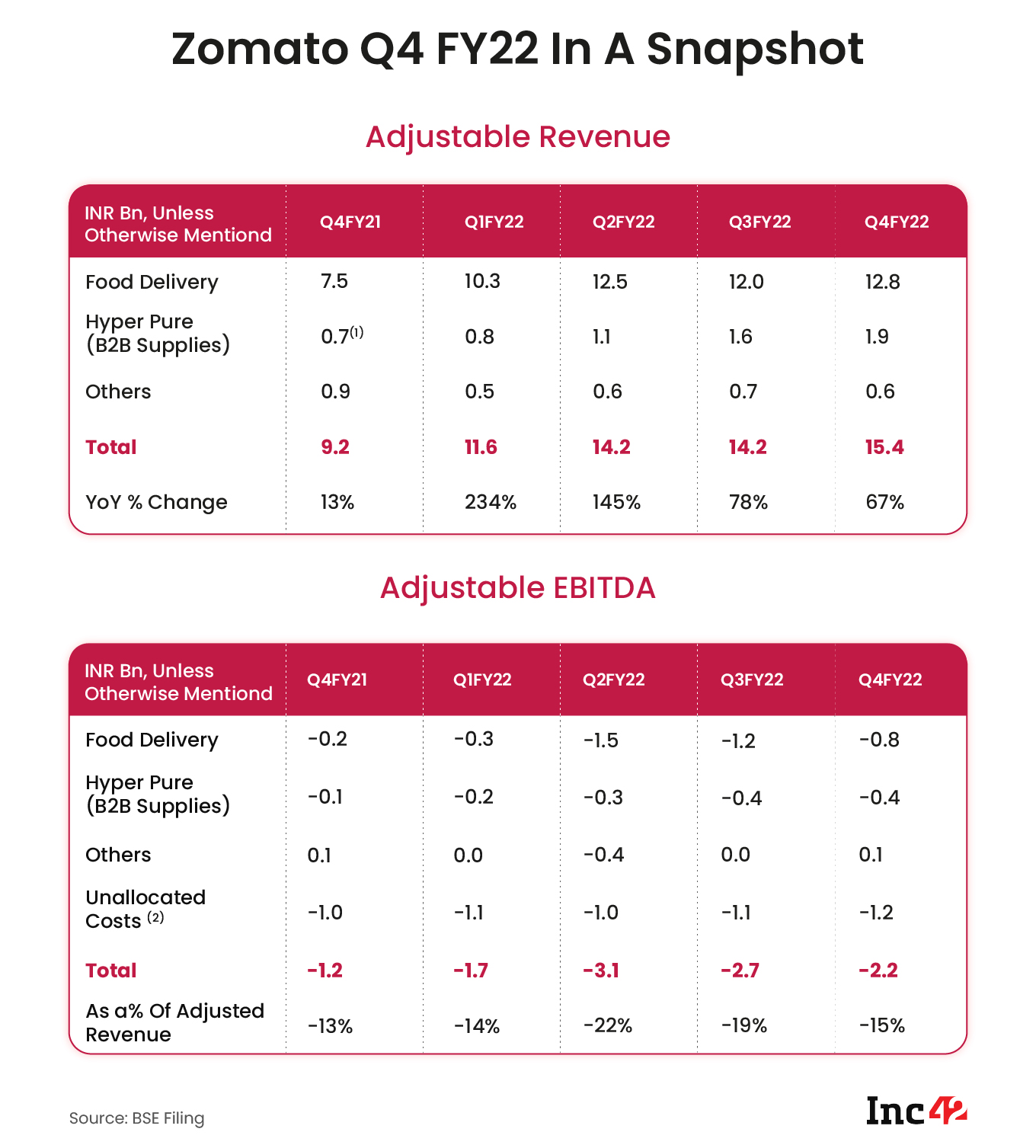 The Gurugram-based food delivery app’s revenue from operations increased to INR 1,211.8 Cr in the quarter ending March as against INR 692.4 Cr in the year-ago quarter and INR 1,112 Cr in Q3.

“We did see a low QoQ growth in Q3FY22 as dining-out and travel opened up post COVID. We believe that was a one time correction of our growth trajectory on the back of two strong quarters,” Zomato founder and CEO Goyal said.

“We think our growth trajectory is back on track, and we don’t foresee ‘post-COVID ramifications’ affecting our growth rate anymore,” he added.

The food delivery app launched its operations in more than 300 new cities during the March quarter. However, the new cities added only around 0.2% to its gross order value (GOV).

“We continue to remain bullish on quick commerce, especially given how synergistic it is to our core food delivery business, and are excited with the progress that Blinkit has made in this space,” Goyal said.

While there is a lot to do as the business is at its early stages, there’s still a lot of low hanging fruit to drive growth and efficiency. According to Goyal, Blinkit has grown well in the past six months, and has significantly reduced its operating losses.

Zomato acquired 9.16% stake in Grofers India for INR  518.2 Cr in August 2021. Later in the year, Grofers rebranded to Blinkit to focus on quick commerce. Earlier this year, there were media reports that Blinkit would merge with Zomato in a share-swap deal.

However, Goyal refused to comment on the issue of acquisition of Blinkit by Zomato.

In addition, it is also examining if there is a business model where food delivery can be done in 10 minutes at the same or better contribution per order than its existing business. Currently, the pilot of Zomato Instant is live only in one location.

“If the pilot is successful and we decide to scale it beyond the current handful of locations, then there will be capex needed to set-up the food finishing stations. But that will only happen once we have confidence that the payback period for the capex will be attractive,” Goyal noted.