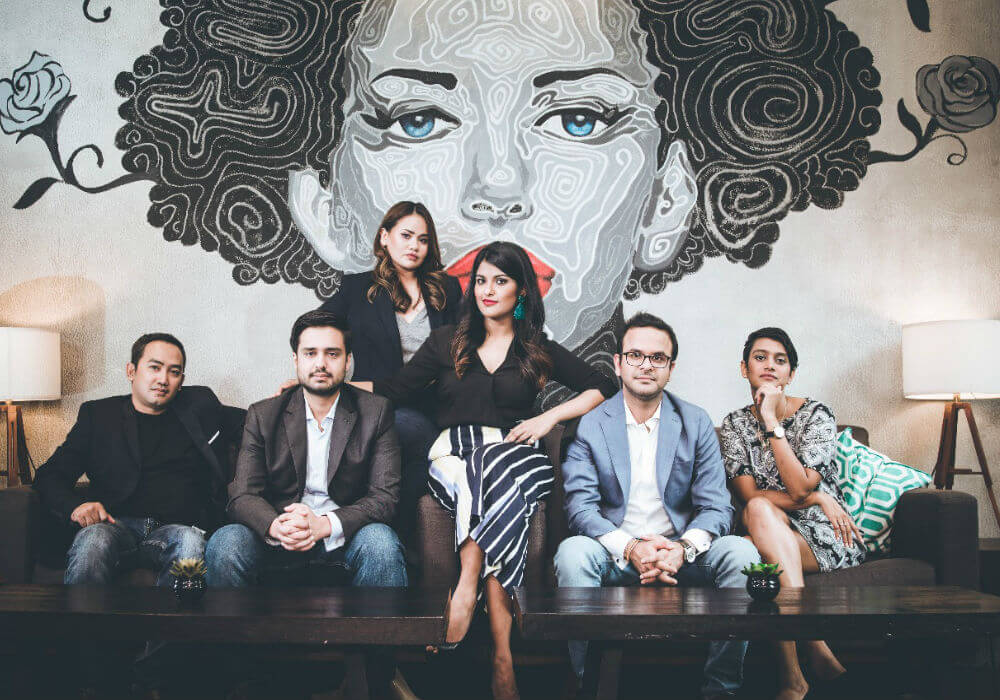 Southeast Asian fashion marketplace Zilingo has raised $54Mn in Series C funding round to grow further and expand internationally to new markets such as Malaysia and Philippines. This takes total funding raised by the startup to date to $82 Mn.

The Series C funding round was led by Sofina, Burda Principal Investments and Sequoia Capital India. Amadeus Capital too joins as a new investor.

All existing investors participated in the Series C funding round including American billionaire Tim Draper, SIG, Venturra Capital, Beenext, Manik Arora along with others. This round comes close on the heels of Zilingo’s $17 Mn Series B raised six months ago.

As shared by Shailendra Singh, Managing Director, Sequoia (India) Singapore, the Series C funding round got finalised weeks after the last one and believes that it is a ringing endorsement of how much potential the investor group sees in the company. He also averred that Zilingo investment is special for Sequoia because their association started with a seed investment even before the Zilingo service was first launched.

“Ankiti and Dhruv have totally impressed us with the quality of team they have assembled, their innovative e-commerce strategy and playbook and their speed and quality of execution, all of which resulted in more than 10x revenue growth in the last one year,” he added.

From Series B To Series C Funding: $71 Mn Added To Warchest In 6 Months. Is Zilingo Burning Cash Too?

The major Indian ecommerce players like Flipkart, Amazon India, Paytm Mall, and others have been seen burning huge sums on customer acquisition and maintaining operations workflow. This has further resulted in high Gross Merchandising Value (GMV), but have left these players gaping for more funding on account of piling losses.

So is Zilingo burning cash too? The question was obvious considering that earlier the startup raised $10 Mn in two tranches of $2 Mn and $8 Mn, that too, in the gap of two years. Now, $71 Mn is added to Zilingo’s warchest within six months.

Ankiti Bose, the Zilingo Co-founder and CEO explains it. “See, it’s important to understand the difference between raising capital and spending capital. Majority of the $71 Mn lies unspent. The intention is to double down and solidify our position as a market leader. We think the market is showing us the right signs in terms of adoption and retention, so it’s good to double down. We are grateful to all the investors for continuously showing great faith in our team and our vision for fashion commerce in this region.”

Albert Shyy, Principal at Burda seconds her opinion and added, ” Zilingo is creating a complete ecosystem for merchants to grow their online fashion business in Southeast Asia and beyond – we believe there is an untapped opportunity across the entire Asian fashion value chain and continue to be very impressed with the company’s trajectory.”

Ankiti further believes that there are a combination of factors that are driving the investors’ trust in Zilingo. “First, of course, is the quality of the business. Even as we scale fast, we have been even more aggressive about maintaining extremely healthy business metrics, with revenue growing 10+x in the last 12 months. Second is our ambition to go big and execute fast while staying lean. We started off with just a B2C business in Thailand, but we’ve scaled that reach with a B2C business spanning three countries, a growing B2B business globally. At the same time, we’re automating every step of the way so that we stay optimised as a business,” she added.

When asked if Ankiti has any plans to set up base in India in near term, she declined it outrightly.

“We don’t plan to launch in India as of now. The SEA customer base and the market is ripe for disruption and growth. With a higher per capita income, 70+% smartphone penetration and low competition in the fashion vertical, SEA has a potential for higher revenues and lower CAC than India. Malaysia, Indonesia, Philippines, Thailand, Vietnam are all in the world’s top 10 countries that are projected to see high growth in retail ecommerce.

With over 10,000 independent merchants using the platform selling to millions of customers around Asia and the world, Zilingo aspires to take Asian fashion to the world. The startup has grown 10x by revenues in last one year, and also launched a TV campaign in Indonesia.

Here is more on the Zilingo’s number crunch! 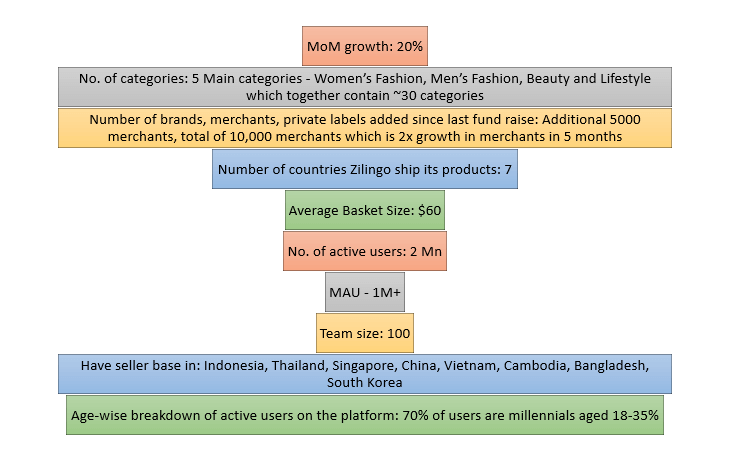 Zilingo: The Journey So Far

Founded by Ankiti Bose and Dhruv Kapoor in October 2015, Zilingo was built to connect a highly fragmented landscape of fashion supply to fashion lovers across Asia. “Nowhere in the world has a horizontal ecommerce also cracked fashion.”

As Ankiti explains, fashion is a unique, high margin category which is highly dependent on fast-moving cycles and has its own nuances. Unlike buying detergent or electronics, fashion is much more about your choice, individuality and trends. It requires a different approach than rest of ecommerce.

Bose, along with Kapoor set out to build a proprietary seller platform that let merchants upload & manage their inventory in any language, using any currency, connecting them through 25 APIs with logistics, warehousing and payment providers, as well as services like loans, cataloging and insurance.

They launched their B2C sites and apps in November 2015 across ASEAN to let fashion buyers buy from thousands of these merchants who used their Zilingo Seller Platform at their offline or online store. They soon also launched their B2B business, Zilingo’s AsiaMall which allows merchants around the world to buy wholesale from Asian suppliers.

Using technology, Zilingo is levelling the playing field for offline fashion merchants & designers in an increasingly digital world. At the same time, the Zilingo Seller Centre allows the merchant to manage an online store in any language and currency of their choice, sell in many different countries and receive payments internationally for orders in their local currency irrespective of where the order came from.

“We’re continuing to use AI for a host of features on the customer side starting with visually similar recommendations and personalised lookbooks. We’re also using AI and image recognition to do content quality checks and cleanups so that we maintain high quality and reliable content at scale, through automation,” she added.

She further believes that the diversity of their leadership team brings them a unique perspective on scaling. “Our leadership team comes from 10 different countries in Asia, Europe and North America and speak in 15 different languages. The cultural diversity gives the team a unique perspective on how to solve challenges with creative solutions,” she added.

With the latest Series C funding round, Zilingo is expected to work further on improving its tech talent as well as AI based automation features and building more on its seller stack. With expansion to new markets, will Zilingo be able to create a similar product-market fit and continue reaping in success as in the existing market, will certainly be an interesting watch.