Teams in 4 countries with 7 nationalities, with an average age of 26, Zilingo is a multi-cultural millenial hotspot

In 2014, Ankiti Bose and Dhruv Kapoor roamed around for several months in the local markets of Bangkok, Singapore, and Jakarta and found the market to be largely disorganised, unaggregated and offline. With the Southeast Asian fashion market being valued at $20 Bn, the duo decided to tap this opportunity and fill in the existing gaps with an ecommerce platform – Zilingo.

The aim was to create a tech-enabled platform to get small brands an online presence and at the same time allow consumers personalised recommendations-based search. “There are too many ecommerce sites already. But no one has yet explored the obvious potential of aggregating millions of these small fashion sellers that contribute 60% of the retail sales in overall market eclipsing online fashion sales by a large margin,” says Ankiti.

The duo recently grabbed $8 Mn in Series A funding round from Venturra Capital, Sequoia India and Susquehanna International Group.  Wavemaker Partners, Beenext, Beenos, and Digital Garage were the other investors who participated in the round.

Zilingo was launched officially in 2015 and is based out of Bangkok, with its tech team operating from Bengaluru.

“Zilingo is off to a terrific start since Sequoia’s seed investment. We are excited to partner with Ankiti, Dhruv, and team in their journey to build the leading fashion marketplace in SE Asia,” says Shailendra Singh, Managing Director, Sequoia Capital India Advisors.

‘Katana’ For Sellers And ‘Vue.ai’ For Consumers 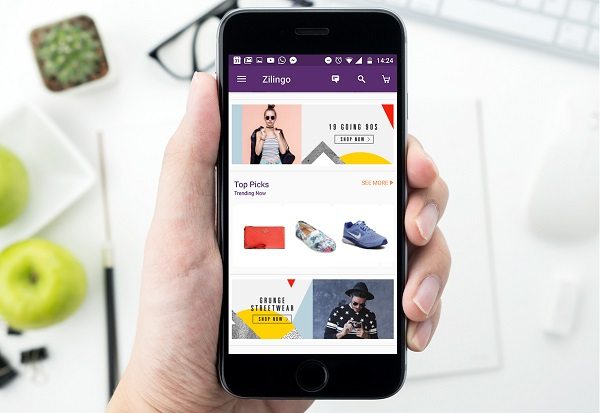 Zilingo works on its own proprietary ecommerce backend called Katana, to help deploy in-house technology to any number of regions, languages, currencies, on any platform in real time. Also, it offers cross-border logistics framework to help sellers move out of traditional boundaries and grow anywhere in the ASEAN region.

The platform enables sellers to list their products on its mobile marketplace. On signing up, sellers get an entire seller-centre and a seller app to fulfill all their needs – uploading products, managing inventory, scheduling pickups, cataloguing, even customer care and marketing. Sellers also have access to analytics, ratings, performance, and business intelligence.

It currently has 2000 small enterprises that sell bags, apparels, accessories, shoes and other lifestyle products. It is growing at a rate of 30% M-o-M, with over 1 Mn app downloads and 500K active users. “We want to create a useful ecosystem for sellers to grow. Most sellers have grown their monthly business by 75-80% after joining Zilingo. We are soon adding working capital loans to our seller ecosystem so they can do even more business,” says Ankiti.

On the consumer front, it already does dynamic recommendations, wish-lists and social shopping. It has now increased its focus towards adding in-app/in-product video content, blogs and dynamic videos, to providing users with much more engaging content.

Also, it has added a visual recommendation engine and visual search features powered by Mad Street Den’s Vue.ai platform. This allows consumers to upload the snaps of products and find similar recommendations on the basis of colours, styles and patterns. 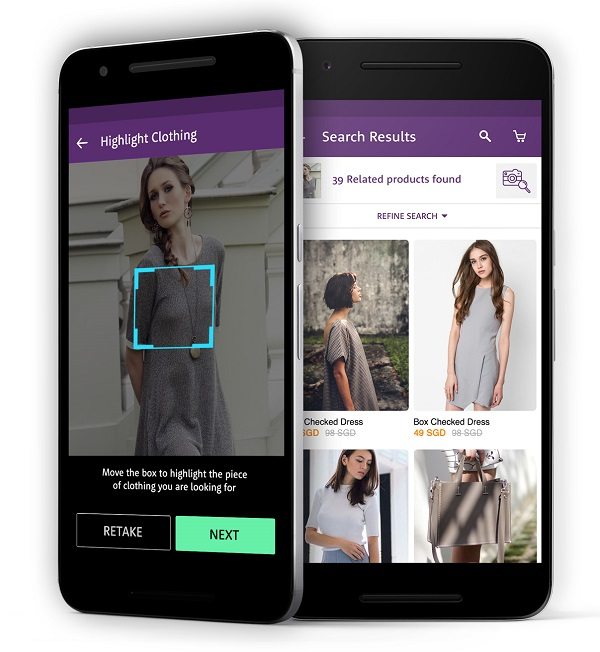 The founders have already employed artificial intelligence (AI) and have also invested in interesting applications of augmented reality (AR) plus alternate payment methods to keep themselves way ahead of the curve in the coming months.

“Both Ankiti and Dhruv have made some brave choices to prove that strong growth does not have to come at the expense of unit economics. We are confident that Zilingo’s ability to execute coupled with its proprietary technology will allow the company to expand and become the regional leader in its category.”

Challenges, Competition, And The Road Ahead

According to Ankiti, running offices across four countries with millennial colleagues of over seven nationalities is as much a challenge as a great opportunity. Another challenge is to have to build out products for such very different markets with different cultures, languages, and currencies.

“Flourishing within the current ecommerce market is challenging and, off-late, this market has seen a few markets with sustainable business models with many going extinct rather painfully. To date, we have just aimed to build an ecommerce company that can actually focus on positive unit economics, growth and quality at the same time,” says Ankiti.

Zilingo currently competes majorly with Rocket Internet’s fashion marketplace Zalora but only on the consumer side. On the sellers’ side, the team considers the market to be still under-served and claims the majority of sellers on Zilingo have come online for the first time.

At present, a seller pays around 10-20% commission to Zilingo on the product price and also pays for other operational costs such as logistics. As Ankiti Says,

“To grow aggressively, most of our competitors started charging ‘0% commission’ to sellers. We, instead took the call of charging them even more than 10-15%. Competitors started doling out free logistics , pickups and deliveries. We said, let’s charge them for that too and provide a reliable service. We started sharing discounts with the sellers and stopped doing business in verticals where there were no margins to be made. Crazy? Yes, of course. Did it work? Of course! Our burn came down, we extended our runway, while competitors started getting uncomfortable close to running out of cash.”

The Series A funds will be used to aggressively gain market share in Singapore and Thailand. Also, there are plans to expand to Indonesia and get more sellers across the region to use its seller centre. As claimed by the founders, Zilingo is operationally profitable and they are on the look out for more partnerships and innovations to further improve their unit economics.