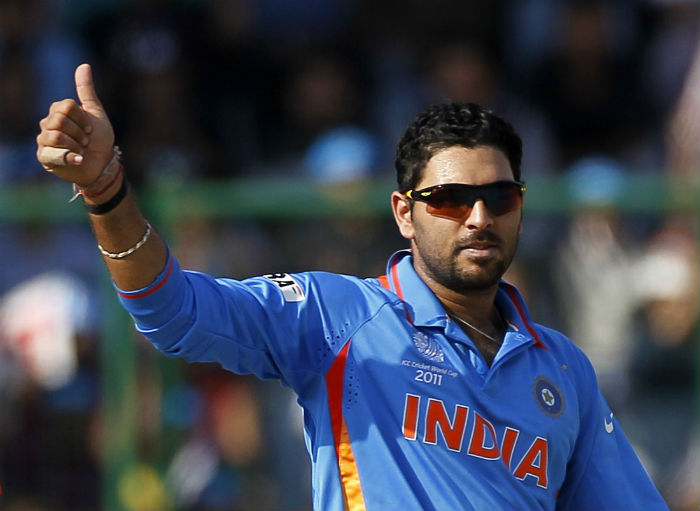 Cricketer Yuvraj Singh has been bitten by startup bug, as Yuvi is now all set to enter the Indian startup ecosystem, with the launch of his investment company, YouWeCan Ventures Technology Llp. Through his firm, Yuvraj will support online startups and encourage entrepreneurship.

Yuvraj Singh, the Indian Premier League’s costliest player this season, plans to invest over INR 50 Cr. in the startups in healthcare, travel, hospitality, real estate and media sectors over the period of 3-5 years.

“I had been thinking about this for four-five years. There are a lot of young entrepreneurs with great high-potential ideas and I plan to invest in these startups, to build their brands and companies,” Yuvraj said.

“Lots of young entrepreneurs had been approaching Yuvraj Singh for various online startups, seeking his support. Although he was watching the market closely, he wanted a professional team to be set in place,” said Nishant Singhal, co-founder of YouWeCan Ventures.

Currently, a six member team, including CAs, technology experts and management consultants, YouWeCan Ventures will provide an initial seed fund of INR 10-25 lakh per transaction to the entrepreneurs, with investments having an exit clauses of at least five-eight years. Further, the firm will also connect these startups with other investors.

The company is already in talks with 4-5 startups, and is expected to announce the deal closures in the next few months. The first deal will be announced post IPL in June.

Adding on, friends and associates of Singh, who will play for Delhi Daredevils in the Indian Premier League (IPL) tournament starting this month, have also committed to YouWeCan Ventures to make investments in the range of INR 250-300 Cr. over the next three-five years, said Singhal.

Cricketers, who are said to be the wealthiest sportspersons in the country, have been seen pretty active when it comes to investing in new businesses, as Yuvraj, is not the first cricketer who will be investing in the businesses, in past, number of Indian cricketers have invested in startups.

Indian captain Mahendra Singh Dhoni has investments in a couple of sports related startups, Sachin Tendulkar, had invested in restaurant business, he also hold a minority stake in travel portal Musafir.com, Robin Uthappa has part-funded a startup, a Bangalore-based tiffin startup, iTiffin, and just last year, Virat Kohli had made an investment in London based social media startup Sport Convo. However, the fund launched by Yuvraj is a bit structured one.

Yuvraj, has over 11.5 Mn fans across Facebook and Twitter, he failed to be part of the World Cup tournament this season, but seems he is going to rock the startup ecosystem with his entry.