YouTube breaking news will be seen on the home page 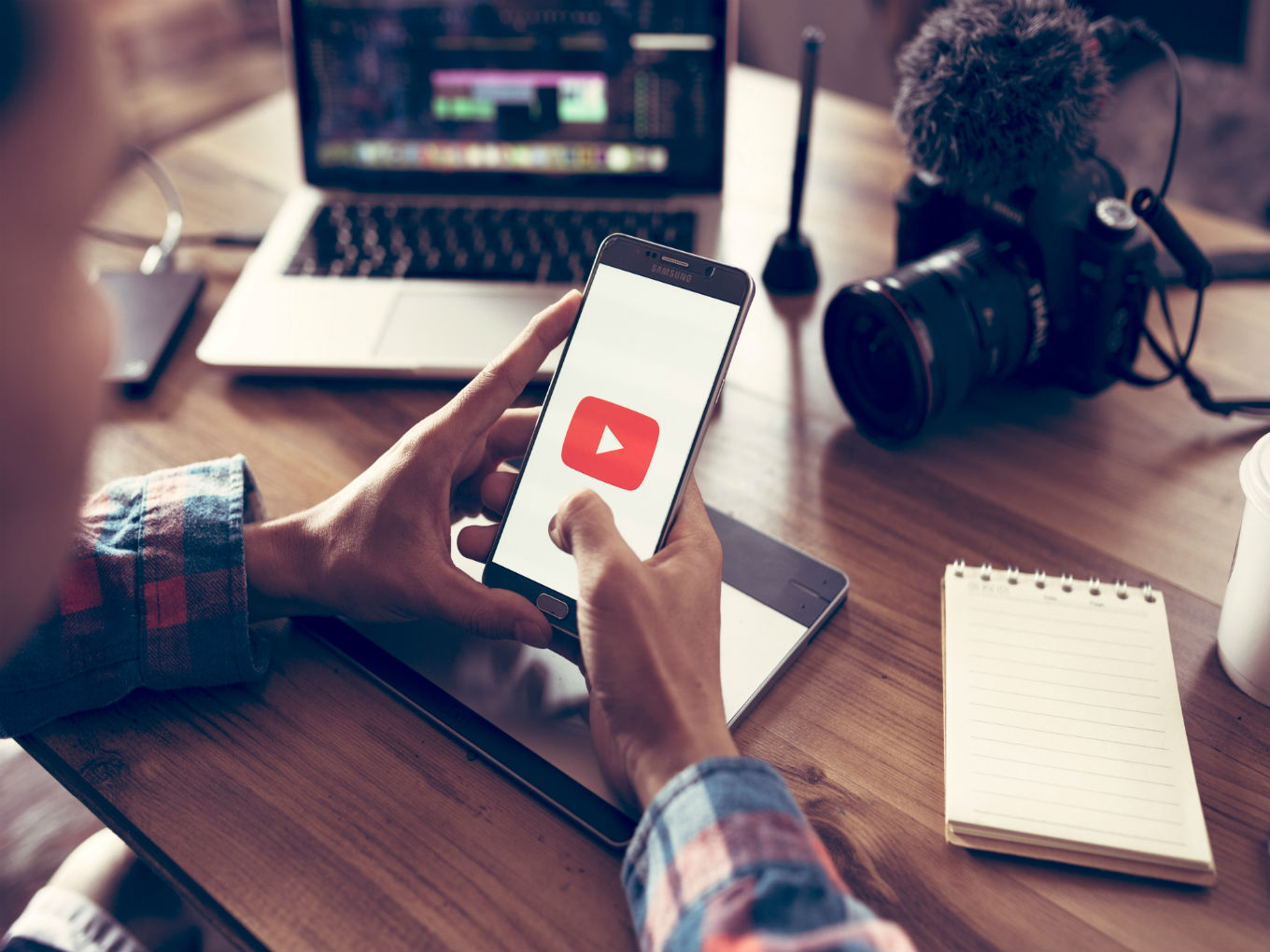 Often viral content on YouTube masquerades as news within the trending section, adding to the problem of fake news. And now, in order to add transparency to news videos shared through Youtube, Google has introduced two new features — Top News and Breaking News.

In an official blog post, the search company said that users would see Top News highlighting prominent news stories from authoritative news sources in search results, while the Breaking News feature will be seen on the YouTube home page for mobile and web users. Breaking News includes clips from the latest trending news topic.

According to the company, both features have been launched in more than 30 countries, including India, where it is seen in English and Hindi.

At a time when the Indian government has taken some big steps towards curbing the spread of fake news, all major social media and internet companies including Google, Twitter and Facebook have doubled their efforts to comply with government rulings. 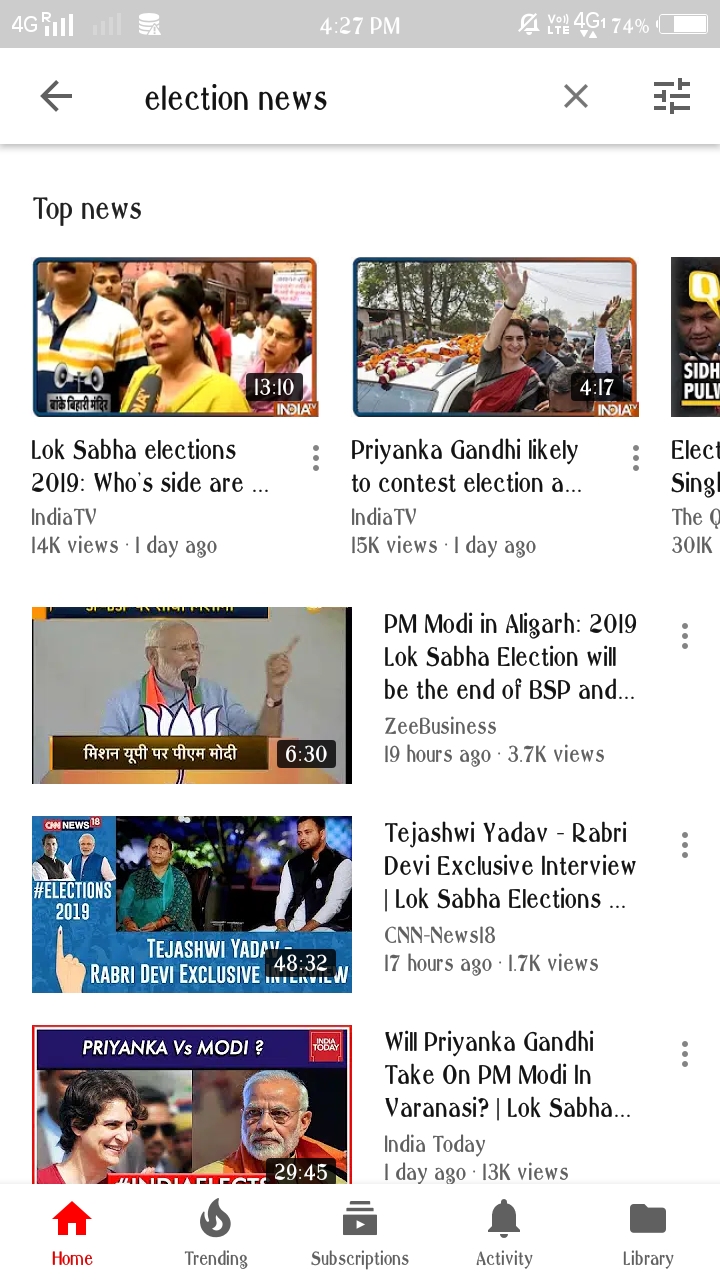 Apart from this, Google also announced that it is expanding its information panels within search results to bring fact checks from eligible publishers in English and Hindi. This move is aimed at busting myths and breaking down hoaxes as it gives users additional context about a particular search topic or trend.

This information panel provides context on specific events and topics which are more prone to misinformation. The fact checks will be using open source Schema.org ClaimReview markup process to cross-check the information.  According to the company, by following this process, any eligible publisher can contribute fact-checked articles that could show in search results on Google Search, Google News, and now, YouTube.

In order to expand this offering, the company also rolled out the additional information panels in both English and Hindi, which take users to the Google help pages that explain how fact-checking works in the context of news for India. 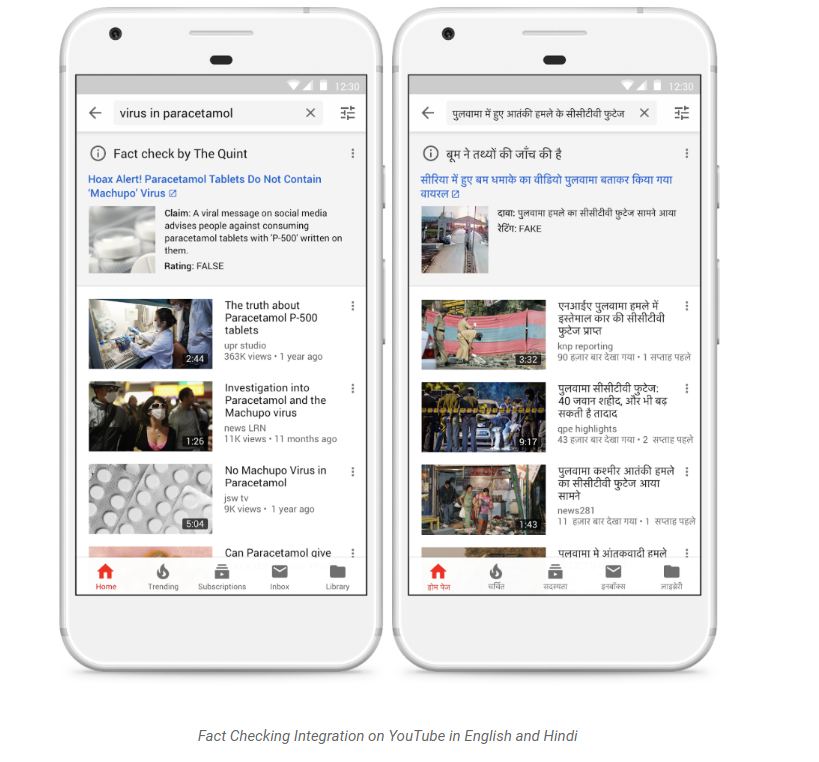 In order to strengthen its footprint in the Indian market, YouTube had launched its music streaming service in India on March 12. It introduced a free ad-supported version of YouTube Music while the premium paid version for ad-free music is for INR 99 per month. It also forayed into the original video streaming market in India with YouTube Originals.

Earlier in April, YouTube Music hit 3 Mn downloads within one week of its launch.

YouTube which records nearly 245 Mn users per month from India also revealed its plans to grow its business in India via its vernacular content as it expects viewership to grow by 40% for the contents produced in Marathi, Tamil, Telugu and Bengali this year.