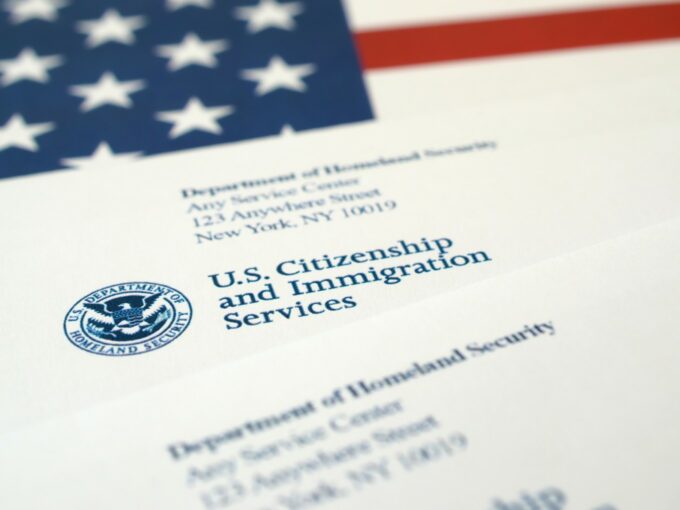 Amidst the pandemic and escalating border tensions, India has found itself in the middle of yet another sticky situation. On Tuesday, US President Donald Trump suspended H-1B and L visas used by technology professionals. This is expected to impact Indian technology companies setting base in the US for expansion and regular business and impact its team.

The total number of H-1B visas issued annually is 85K, of which 70% are for Indians, with a majority of software engineers working for technology companies. A large majority of the H-1B visa petitions are filed for computer occupation roles, pointing to the fact that there is still demand in the US for high-tech skills.

The decision is likely to cause a change in the expansion destination for Indian startups. Several Indian startups have expanded their operations to the US, including several SaaS startups like Freshworks, Zoho, Wingify, hospitality unicorn OYO, healthtech player Curefit among others.

Since the technology boom of the 90s, Indian majors like TCS, Infosys, Wipro, Tech Mahindra and HCL Technologies have depended on US business for growth and adoption. However, they have been reducing their dependence on visas in the last few years by hiring more people locally.

Hence for Indian startups, who are just setting shop in the US, the restriction on H-1B visa may cause concerns in the future expansion of their business. Notably, most Indian startups first expand to South East Asia, benefiting from markets similar to India and then plan for expansion into the US.

Technology industry body NASSCOM has said that the demand for high-tech skills remains strong among employers in the US labour market, even amid the Covid-19 crisis. A recent study by the National Foundation on American Policy found that the unemployment rate for individuals in computer occupations declined to 2.8% in April from 3% in January, while for other occupations it went up to 15% from 4.1% in the same period.

Hence, the US government is focused on creating internal jobs, rather than enabling jobs for other nationalities, especially considering Trump was voted to power on the back of his immigration restrictions too and the US is going to vote again in October.

The Indian startup ecosystem has raised concerns as well as found it as a new opportunity for Indian startups. For instance, Ash Lilani, Managing Partner, Saama Capital said that the move was very short-sighted, since a lot of innovation that has driven the US economy and made it a global powerhouse has come from immigrants.

Similarly, Debjani Ghosh, President, NASSCOM said that the move was bad for the US economy and innovation and without access to this talent, recovery is going to be an uphill challenge for that country.

Further, HubSpot founder Dharmesh Shah said that this is a step backwards in terms of attracting great talent.

Hemant Mohapatra, Partner, Lightspeed India called for US-based professionals to come back to India and work for local startups. “Since last night recvd 2 emails frm friends @ cos like Google abt returning to India. This feels different. Ppl are sick of the uncertainty; ban was a personal betrayal. Indian startups pay well (some roles are at bay area salaries) and do VERY exciting work. COME HOME AND BUILD!,” he tweeted.

Dhruvil Sanghvi, cofounder and CEO, LogiNext with operations in the US wondered the trends this decision will drive: would US companies go for the low-cost option of offshoring innovation or learn to innovate entirely on their own without need of offshoring or would offshoring become expensive. 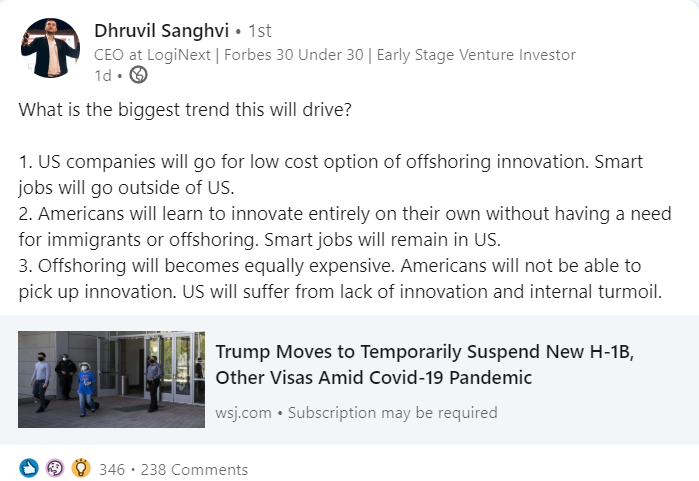 Vaibhav Agrawal, Partner, Lightspeed India called for people to make the most of this. In a tweet, he said, “I moved Valley—> India due to a personal situation outside my control. It SUCKED to wrap up my startup abruptly. 4Y later: 1) Joined incredible team @LightspeedIndia 2) @reliancejio wave 3) Backed amazing return-founders e.g. @acharyaamrit at @zetwerk. When life gives you lemons!”

Others like Rajesh Sawhney, founder, InnerChef believed this to be an opportunity for other countries like Canada.