With Disney+ Hotstar Set To Release Sushant’s Last Film, Can OTT Compete With The Box Office?

With Disney+ Hotstar Set To Release Sushant’s Last Film, Can OTT Compete With The Box Office?

Given that movie halls are still shut, filmmakers have no option but OTTs for movie releases 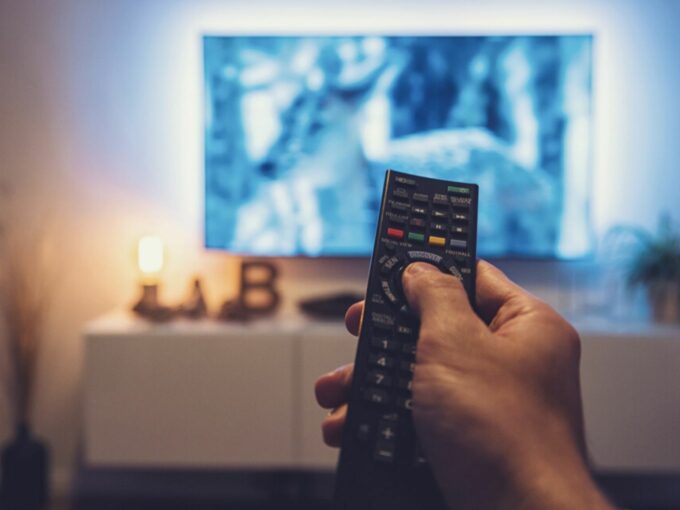 Actor Sushant Singh Rajput’s last film ‘Dil Bechara’, a remake of the global hit ‘The Fault in Our Stars’, will soon release on Disney+ Hotstar. The film was slated to release on May 8 but due to the coronavirus lockdown, the film’s release was postponed indefinitely. Considering that the movie was ready for release and as a tribute to Rajput, who passed away this week, Disney+ Hotstar will be releasing it soon.

However, the actor’s fans have expressed their wish to watch his last film in theatres as a tribute to him. Fans even started trending #DilBecharaOnBigScreen on Twitter.

The release comes at a time, when several movie makers have been making the transition to video streaming platforms, instead of taking the traditional theatrical approach. Previously, Rajput had acted in ‘Drive’, which was one of the first mainstream Hindi films to debut on video streaming, having released on Netflix. Last week, Amitabh Bachchan and Ayushman Khurana-starrer ‘Gulabo Sitabo’ skipped theatrical release to debut through Amazon Prime in 200 countries and 15 languages.

Netflix will be launching Janhvi Kapoor starrer ‘Gunjan Saxena’. Disney + Hotstar, on the other hand, had bought the premier rights to eight Bollywood movies including Akshay Kumar’s ‘Laxmmi Bomb’, Ajay Devgan’s ‘Bhuj: The Prime of India’, and Mahesh Bhatt’s ‘Sadak 2’.

But beyond these releases, over-the-top (OTT) platforms are still a long way from becoming the preferred choice for big budget Bollywood movie releases. According to media reports, Amazon Prime acquired the rights for ‘Gulabo Sitabo’ for INR 60-65 Cr.  The production has pocketed a profit of INR 30 Cr, thanks to its deal with Amazon Prime as the film’s budget is said to be approximately INR 30 Cr, and if it was released in theatres, the makers would’ve had to share the almost 50% of the INR 30-35 Cr profit with the exhibitors.

Same is the case with ‘Gunjan Saxena’. The movie is said to be made at a budget of around INR 40 Cr, meanwhile Netflix bought the premiere rights of the film for INR 50 Cr.

The direct OTT launch has proved to be an easy way for low-budget movies like ‘Gulabo Sitabo’, ‘Drive’ and others to churn profits. Not only, it assures sure-shot returns on their investment and has also been beneficial in reaching a mass audience with little to no cost. However even though video streaming platforms are a great way out for low-budget films, the same cannot be said for big-budget movies.

With the likes of Rajinikanth’s ‘2.0’ released in 2018 costing a staggering INR 570 Cr . While such movies may have been box office hits, but it seems unlikely to see them make a debut on video streaming platforms directly purely because of their higher box office earnings, which cannot be replicated through online release. The movie ‘2.0’, for example, had bagged close to INR 800 Cr, and no OTT platform would pay so much for a single movie, even if it does star Rajini.

So for the moment at least, the movies releasing on OTT platforms will be limited to low budget movies that may actually not have got the big reach that certain OTT platforms provide.