As Filmmakers Give Theatres A Miss, Prime Video Set To Release 7 Indian Films

As Filmmakers Give Theatres A Miss, Prime Video Set To Release 7 Indian Films

Prime Video will release these movies across 200 countries

Netflix and Disney+ Hotstar are also working on similar deals 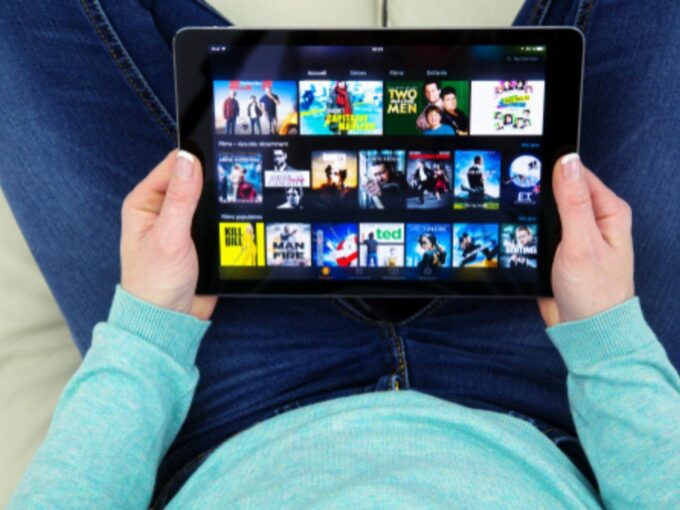 Amazon Prime Video has acquired rights of seven films, which include Bollywood and regional movies to release on the over-the-top (OTT) video streaming platform. Some of these movies include Amitabh Bachchan and Ayushmann Khurrana starrer ‘Gulabo Sitabo‘ and Vidya Balan’s ‘Shakuntala Devi‘.

The move is expected to protect investments of producers and studios while reducing losses on films that have been already produced but not released on big screens. Producers will now be able to deliver their films to a bigger audience as these movies will be released for global viewers of Amazon Prime.

General manager of Amazon Prime Video (India) Gaurav Gandhi said that the company is ensuring that these movies will get the widest possible distribution across 200 countries. “Over 150 million Prime users can access fresh content within the safety of their homes,” he told ET.

Besides the two Bollywood films, the OTT major will also release Tamil legal drama ‘Ponmagal Vandhal‘, two Kannada movies  — ‘French Biryani‘ and ‘Law’, Malayalam film ‘Sufiyum Sujathayum‘ and ‘Penguin’ which will be released in both Tamil and Telugu.

With no clarity over when movie halls will be opened to the public, film distributors are left with the lone option of launching films online on OTT platforms. The move will also reduce the window between a film’s theatrical release and its digital release or even offer films directly for streaming on day one in a pay-per-view model.

T-Series is also in talks with Netflix for its entire 2020 slate, which includes Kiara Advani-starrer ‘Indoo Ki Jawani’ and black comedy ‘Chhalaan’.

In the last months, consumers, who are stuck at home, have shown a higher appetite for OTT video and music streaming than ever before. In an earlier interaction with Inc42, EROS Now CEO Ali Hussain said people are converging towards OTT viewing. “ And the growth that was potentially anticipated to happen somewhere in late 2021-2022, has happened within 2020 itself,” Hussain added.

According to Vijay Subramaniam, Amazon Prime Video’s head of content (India), such deals are happening across the world. “We believe this is the best way to bring fresh content to our customers. Also, in current times, all the producers have taken a very holistic view. We all have to readjust to the new reality. The producers are happy with the value they are realising on their films by releasing on Prime Video,” Subramaniam told ET.

Currently, there are over 35 video OTT players in India, catering to a subscriber-based user base of 53.1 Mn (as of November 2019). In 2019 alone, more than 11 local and international players marked their entry in this space. This indicates an untapped opportunity in the Indian online video content sector.