Will OTT Platforms Be The Unlikely Winner If India’s Supreme Court Intervenes?

Will OTT Platforms Be The Unlikely Winner If India’s Supreme Court Intervenes?

However, legal experts believe that SC’s intervention would be overarching for all future complaints against ‘objectionable’ content on OTT platforms 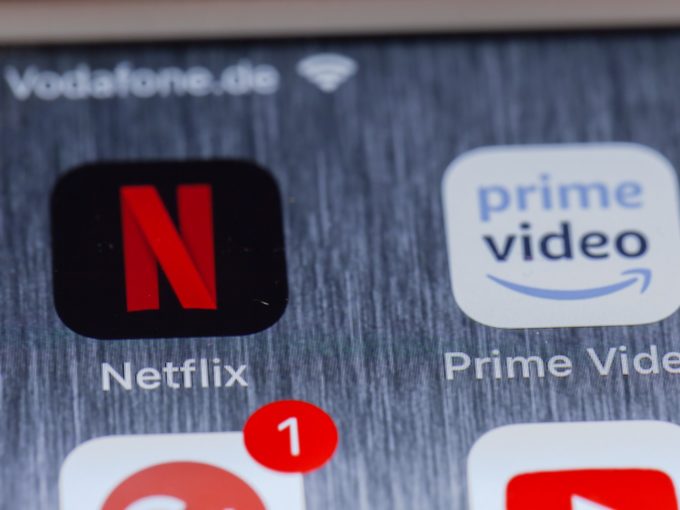 Last week, it was reported that the Indian government was planning to file a plea to bring all pending court cases in the country regarding the content on OTT platforms, to the Supreme Court.

Around 23 cases related to OTT content are being heard in different courts of the country.

The news was seen as an extension of the government bringing OTT platforms and digital news portals under the purview of the Ministry of Information and Broadcasting (I&B), and further stoked fears of censorship of online content.

Netizens and prominent Bollywood celebrities such as Swara Bhasker and Hansal Mehta have, in the recent past, expressed their disapproval of the move to bring OTT platforms under the ambit of the I&B Ministry. Mehta said in an interview, “While this decision wasn’t unexpected, it is still a reason for despair. This desperation for control of free speech and expression does not augur well. I am currently very disappointed.”

However, legal experts Inc42 spoke to, were of the opinion that by proposing to bring all pending court cases against OTT platforms to the Supreme Court, the government is paving the way for sound legislation, based on suggestions of the apex court.

“With several petitions against OTT content pending in various courts of India, the recommendation of the I&B Ministry for transferring all cases to the Supreme court is a welcome move. It will prevent different courts from passing contradictory orders, and the verdict of the apex court will be binding across the country,” said Atul Pandey, Partner, Khaitan and Co., a Delhi-based law firm.

“The Supreme Court will be expected to provide certain guidelines regarding OTT content, and the Centre may then make suitable legislation. It may be recalled that the Supreme Court has already issued notices to the I&B Ministry and the Internet and Mobile Association of India (IAMAI), in response to a petition for regulating OTT content.”

A source close to the development also said that fears of censorship of OTT content are premature since government representatives have publicly backed self-regulation by industry players. In fact, in several court cases against ‘objectionable’ content on OTT platforms, the government had sought the opinion of industry associations such as the IAMAI.

In response to the government urging them to self-regulate, around 17 video streaming platforms had come together under the aegis of the IAMAI and had signed a code of self-regulation in September. The platforms that had signed the code were Netflix, Amazon Prime Video, Disney+ Hotstar, ALTBalaji, ZEE5, Arre, Discovery+, Eros Now, Flickstree, Hoichoi, Hungama, MX Player, Shemaroo, VOOT, Jio Cinema, SonyLIV and Lionsgate Play.

The self-regulation framework had talked about the proper age classification of the content on OTT platforms, appropriate content description, access control and a grievance redressal mechanism through an advisory panel consisting of experts from different domains.

However, later that month, it came to light that the I&B Ministry had deemed IAMAI’s self-regulatory framework inadequate.

The government had expressed concerns about the lack of an adequate classification of prohibited content in IAMAI’s framework, also flagging the lack of third-party monitoring of the content.

At the Fast Track Digital event, organised by the Federation of Indian Chambers of Commerce and Industry (FICCI) on November 25, 2020, IAMAI representatives Tarun Katial (who has since quit) and Gourav Rakshit, had announced that the association would now come up with an implementation code.

“It’s open knowledge that the government has come back with some feedback on the code. It isn’t very different from where we are today. There are some minor implementation issues that they want us to tackle, which the industry in its implementation code is working towards,” Katial had said at the event.

Meanwhile, a legal expert who wished not to be named, noted that a possible outcome of all OTT court cases going to the Supreme Court could be the apex court advising the setting up of a separate body for regulating content on streaming platforms

Tanu Banerjee, Partner, Induslaw, a Bengaluru-based law firm, highlighted that the online space is currently governed by the Information Technology Act, 2000, which empowers the government to block, filter and take down content online or even turn off internet access completely. While the IT Act is not lacking in powers by any measure, the fact that it’s for the larger online ecosystem means that its use for taking down content from OTT platforms has been rare.

However, all that could change if an autonomous body is set up to regulate online content. “If such a governing body is set up, it is likely to lead to increased censorship of digital content,” said Banerjee.

Notably, the Programme and Advertising Code that governs content on TV and which found an outlet in the Cable Television Network Regulation Act, 1995, should serve as a cautionary tale of what could happen if the Supreme Court does mandate the government to frame legislation or set up a separate body for the regulation of OTT content.

The TV Code states that no programme should be carried in the cable service that offends against good taste or decency, contains criticism of friendly countries or contains an attack on religions or communities or visuals or words contemptuous of religious groups or that promotes communal attitudes, among other things.

It remains to be seen if these media reports prove to be unfounded.

Any legislation or self-regulatory code for the OTT industry, while helping the growth of one class of players, might harm those on the fringe.