WhatsApp Business App Is Free To Download On Google Play In Indonesia, Italy, Mexico, UK And The US

Messaging app WhatsApp has officially launched its new WhatsApp Business app in select markets, including Indonesia, Italy, Mexico, the UK and the US. The free-to-download Android app for small businesses will be available from today and free to download on Google Play. The app will roll out in other markets, including India, soon.

In the blog post, WhatsApp claimed that the “new app will make it easier for companies to connect with customers, and more convenient for our 1.3 billion users to chat with businesses that matter to them.”

The Business app will offer business profiles that will give customers useful information such as a business description, email or store addresses, and website. It will also have messaging tools like quick replies “that provide fast answers to frequently asked questions, greeting messages that introduce customers to your business, and away messages that let them know you’re busy.” 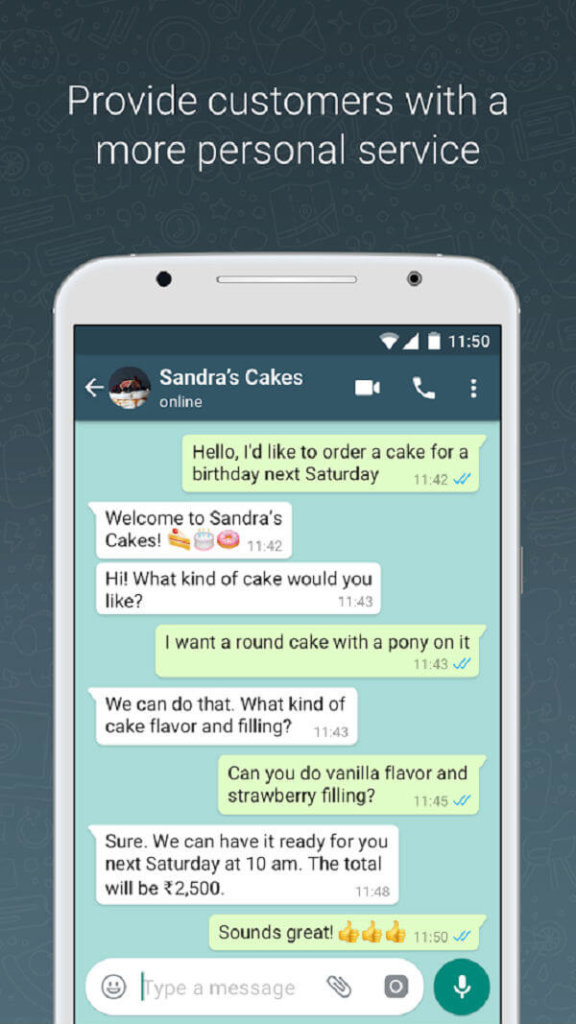 Additionally, it will also provide messaging statistics to businesses to review simple metrics like the number of messages read to see what’s working. People will know that they’re talking to a business because it will be listed as a Business Account. Over time, some businesses will have Confirmed Accounts once it’s been confirmed that the account phone number matches the business phone number.

People can continue using WhatsApp as usual — there would be no need to download anything new. And people will continue to have full control over the messages they receive, with the ability to block any number, including businesses, as well as report spam.

A Quick Look At WhatsApp Business and India

WhatsApp had previously announced the app’s arrival, and begun verifying business accounts as part of its WhatsApp Business pilot program back in September 2017. Verified accounts were given a green checkmark to show that they are authentic business accounts. At that time, the company had stated that the Business app will later be joined by an enterprise solution aimed at large businesses with a global customer base – like airlines, e-commerce sites, and banks.

In India, it started a collaboration with online ticketing platform BookMyShow in September 2017. As a result, BookMyShow became the first Indian online ticketing brand to participate in the WhatsApp business pilot and made WhatsApp a default ticket confirmation channel for all its users.

As per an ET report, several Indian startups were part of early pilots for WhatsApp Business such as online pharmacy 1mg, besides Bookmyshow.com. Globally, the trials included Dutch airline KLM and Itau Bank in Brazil.

The blog claims that “over 80% of small businesses in India and Brazil say WhatsApp helps them both communicate with customers and grow their business today (Source: Morning Consult study).”

While the current feature set will remain free in the long term, but the messaging app plans on charging for additional capabilities in the future, working on a freemium model. Also, while it prioritised Android after researching with businesses where the app is used prominently, it will however support other platforms in the future.

No wonder, the instant messaging service, which currently boasts of 200 Mn users in India, will be keen to roll out WhatsApp Business in India soon. Currently, the WhatsApp platform is used by many small businesses in India to convert clients and drive sales. As per a media report, in India, 84% of SMBs think that WhatsApp helps them communicate with customers.

With BookMyShow and now even MakeMyTrip on its side, WhatsApp Business seems to be gearing up for a big play in business and ecommerce as well as monetising its platform. How quickly is it adopted by smaller Indian businesses given the broken internet infrastructure in India and the fact that SMSes are still unable to surmount bandwidth problems, remains to be seen.