Due to its reach, WhatsApp has also made its entry into the Indian judiciary system 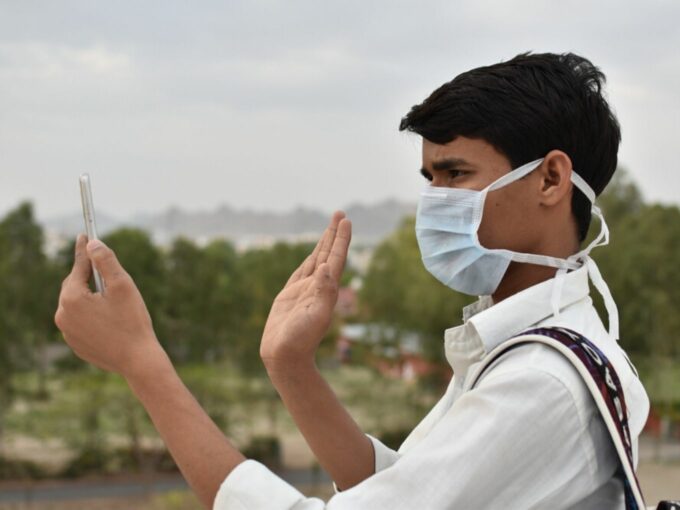 The Thane tax zone in Maharashtra has allowed virtual hearing through WhatsApp for all demand notices related to indirect taxes including the goods and services tax (GST).

Authorities have taken the decision in order to maintain social distancing while hearing such matters and make the process smoother and in line with the Central Board of Indirect Taxes and Customs (CBIC) guidelines issued in April. The guidelines allowed field offices to conduct hearing in customers, excise and service tax appeal through video conferencing.

However, it had also specified that both the appellant or respondent must consent to video conferencing and provide the WhatsApp number as well. Once confirmed, the authority will notify the date and time of the hearing, which will then be confirmed a day in advance. Besides this, the appellant or respondent would also have to confirm their presence by dropping a text on the given WhatsApp number, 15 minutes prior to the given date and time.

The Thane tax authority, in a notice issued on May 18, had also elaborated that WhatsApp video conferencing is a suitable mode of video conferencing because of its end-to-end encryption and its reachability. WhatsApp payments has over 400 Mn users in India, doubling its user base from the last recorded 200 Mn in 2017. The instant messaging app has more than 2 Bn users across the globe, with India being its largest market. Interestingly, India has 504 Mn internet users.

They will also rely on WhatsApp to send out personal hearing memos in PDF form after the hearings conclude, which will have to be signed by the noticee(s) concerned and sent back to the authority on the same WhatsApp number within 15 minutes of receipt.

Is WhatsApp a Valid Platform For Hearing And Issuing Notices?

Due to its reach, WhatsApp has also been incorporated into the Indian government’s mechanisms to have a more effective and simpler entry into the digital services.

In March, even the Income Tax Appellate Tribunal (ITAT) Mumbai benches had decided to take up urgent matters for the hearings through video conferencing on Skype and WhatsApp, on an experimental basis. On the appointed date and time, the ITAT will have the members, constituting the bench, and representatives of the parties on a web-based video conference call for hearing such a matter,” the appellate tribunal had clarified.

The WhatsApp use cases have also made it to the Indian judicial system. Back in 2018, the Bombay High Court passed a verdict stating that any legal notice or messages sent through WhatsApp are valid legal evidence under the law. The Blue Tick, which highlights that the message has been read, is also a valid proof that the respondent has accepted the physical copy of the communication.

With the nation-wide lockdown and the increasing Covid-19 cases, even the Supreme Court of India decided to take the virtual approach in hearing the most urgent matters through various video conferencing apps including WhatsApp. On May 18, the SC bench headed by Justice R. Banumathi, comprising Justices Indu Malhotra and Aniruddha Bose, while hearing the matter over WhatsApp call highlighted that taking up matters through virtual courtroom is difficult.

We went for video conferencing to reduce the footfall in court premises. We have to change according to the needs of the times. We have to accept the present situation. There is a need for change of mindset. Now there is no going back,” Chief Justice of India SA Bobde said, last week.

The Thane tax authorities have also clarified that it will be looking to rely on video conferences till there is any other more “secure” or “easier” alternative.

Meanwhile, the Centre for Development of Telematics (C-DoT) is developing a “secure” video conferencing platform for the government officials, judiciary and public to reduce their dependence on overseas platforms like Zoom, Microsoft and Google. The indegenious platform will also incorporate all features offered by the video conferencing giant, along with a “waiting room” where people wanting to join the online meeting will be in line before they are approved by the moderator.

Since the reliance on video conferencing has increased to go about day-to-day functionalities during the Covid-19 and the mandatory requirement of social distancing, the Indian government wants to take this opportunity to promote local solutions. The IT Ministry had also invited 10 Indian startups to develop indigenous video conferencing solutions under the Digital India initiative.