Meru Cabs’ operational revenue from employee transportation and car rental services saw a massive spike, as the company pivots its business model to a B2B-centric one

Cab aggregators like Ola and Uber couldn’t escape the harsh realities of the Covid-19 pandemic, as the countrywide lockdown forced both companies to go for mass layoffs and pay cuts for their employees this year. Further, Ola reported a revenue loss of 95% in March-April because of the disruption to the business.

Though the lockdown has been largely lifted in India, work from home policies are still in place for many salaried professionals, which means that ride-hailing companies may have to wait longer to find their feet.

In such a situation, Indian cab aggregator Meru Cabs is in an especially precarious position. The company’s financial performance in the fiscal year 2019-20 (FY20), ending March 31, 2020 — before ride-hailing companies began to feel the impact of Covid-19 on their business — was worrying. Meru Cabs’ filings with the Ministry of Corporate Affairs revealed that the company incurred an INR 10.64 Cr loss in FY20, a 198% year-on-year (YOY) increase. 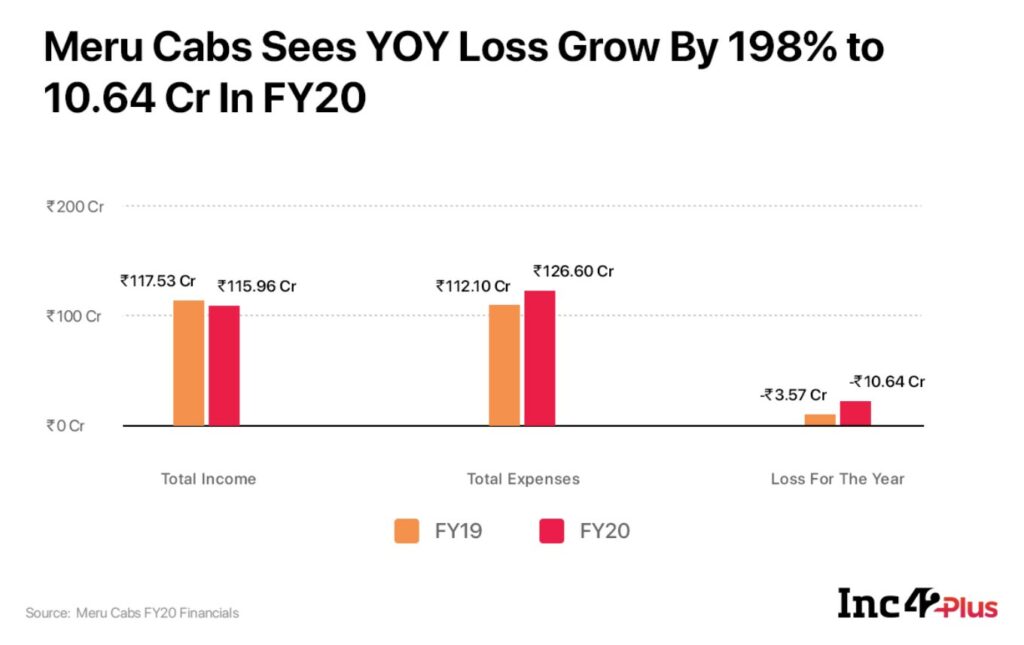 It is worth noting that five months into FY20, Mahindra & Mahindra had acquired a 55% stake in Meru Cabs for INR 201.5 Cr. With the acquisition, M&M gained the right to appoint a majority of directors on the board of Meru and to control its composition after the first tranche was paid. 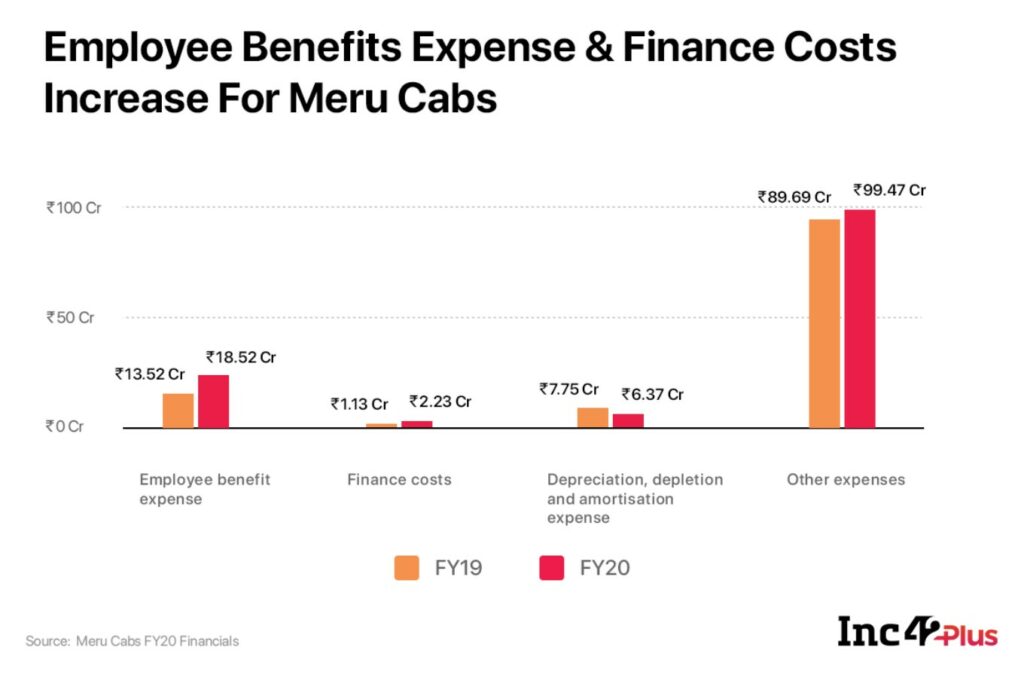 The increase in income from the employee transportation and car rental services could be attributed to the company’s focus on the B2B (business to business) segment, stated on record by Neeraj Gupta, the founder and managing director of Meru Cabs.

Back in 2018, Gupta had conceded that the company’s revenue from the B2C (business to consumer) segment was falling due to Ola and Uber taking the lead in India. He had said that Meru Cabs would focus on ramping up its B2B offerings for corporate players.

“The best viable option for us is to focus on B2B. We are looking at a three-year time frame where the model will shift from a B2C business to a B2B business. Eventually, it will keep on growing much faster than B2C for us,” Gupta had added.

The company was looking to pivot its business to a B2B-centric model, where 70-75% of its revenues would come from its offerings for businesses, such as car rentals, employee transportation and airport contracts.

Two years down the line, that pivot to a B2B-heavy business model is yet to fully come through, since the revenue from employee transportation and car rental services, as well as airport charges, constitutes around 34% of the company’s total operating revenue for FY20. While the figures indicate that the revenue from the B2B segment is growing at a rapid pace, it still hasn’t helped the company make a profit. In fact, as noted above, the losses have only widened, from INR 3.57 Cr in FY19 to INR 10.64 Cr this year.

Nevertheless, the focus on the B2B segment remains. Earlier this month, Gupta reiterated that plan, saying that indulging in a B2C war wasn’t on the company’s radar. “We are not really wanting to get into the B2C segment war. We want to focus on offering cab services wherever we are present and not beyond. We would be focusing on B2B through the mobility platform that we have created,” Gupta told Mint.

As for its financials, Meru Cabs may yet have to wait to mark a profit on its balance sheet, with the Covid-19 pandemic disrupting business for ride-hailing companies.

Although, the company’s managing director Gupta has claimed that it made over 2 lakh deliveries during the lockdown by partnering with ecommerce majors Flipkart and Amazon for the delivery of essentials.

Earlier this month, Inc42 reported that Meru Cabs is eyeing consolidation in the electric vehicles (EV) segment, with a planned investment of $10 Mn in the technology and electric mobility segment by 2020-end. It is also planning to create an infrastructure to operate a fleet of over 300 EVs across India. It plans to increase its fleet size and add 10,000 EVs soon.

Hybrid Events Startup Hubilo Raises $23.5 Mn In Series A Round Led By Lightspeed...