Infra.Market has marked 5.5X growth in revenues with a 4.9x increase in profit margins

Despite the pandemic, the company aims to achieve a monthly revenue rate of INR 150 Cr by the end of FY2021 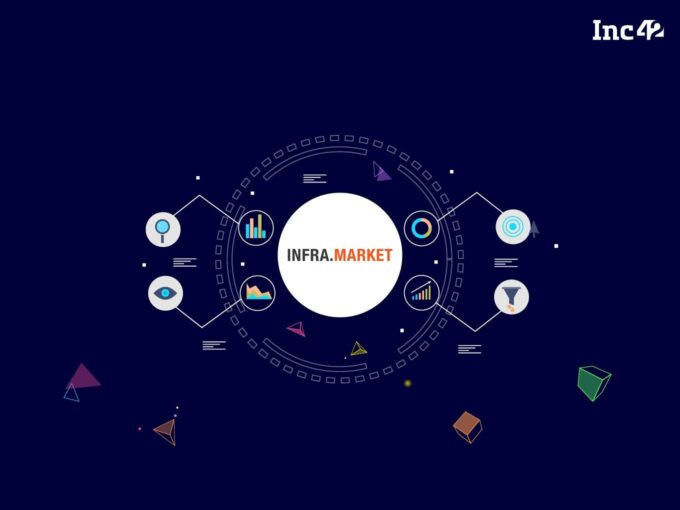 Maintaining its streak of profitability for the fourth straight year, Mumbai-based infrastructure technology business Infra.Market has noted a 5.5x jump in its revenue to INR 350 Cr in financial year 2020. The company had reported revenue of INR 63 Cr in the previous fiscal year. 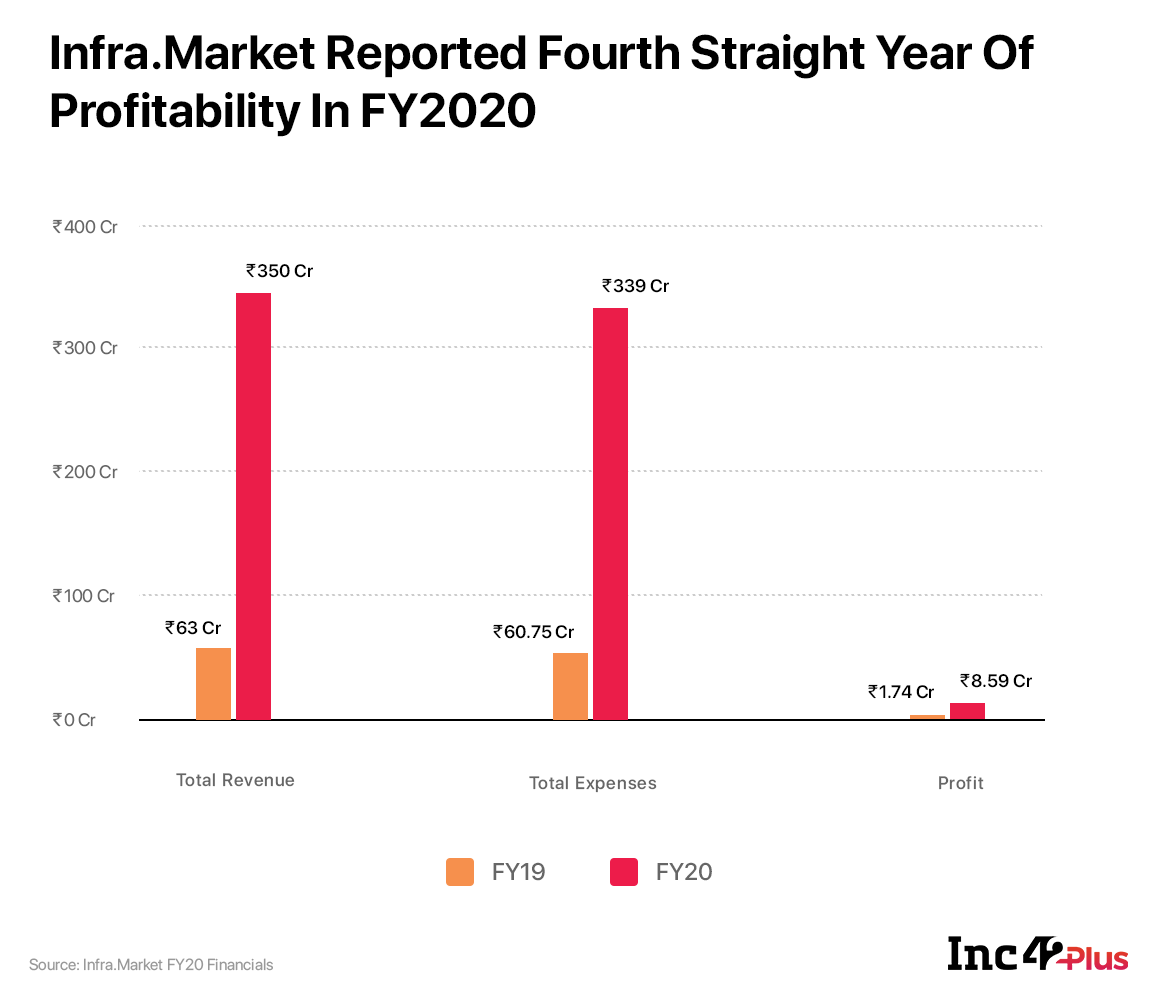 Infra.Market, along with its latest subsidiary Hella Infra Market Retail, has noted a consolidated revenue of INR 352 Cr with an expenditure of INR 330 Cr. The company had launched its subsidiary in October 2019 to expand its business offerings to a direct-to-retail domain. In consolidated terms, the profit for the company was INR 8.65 Cr. 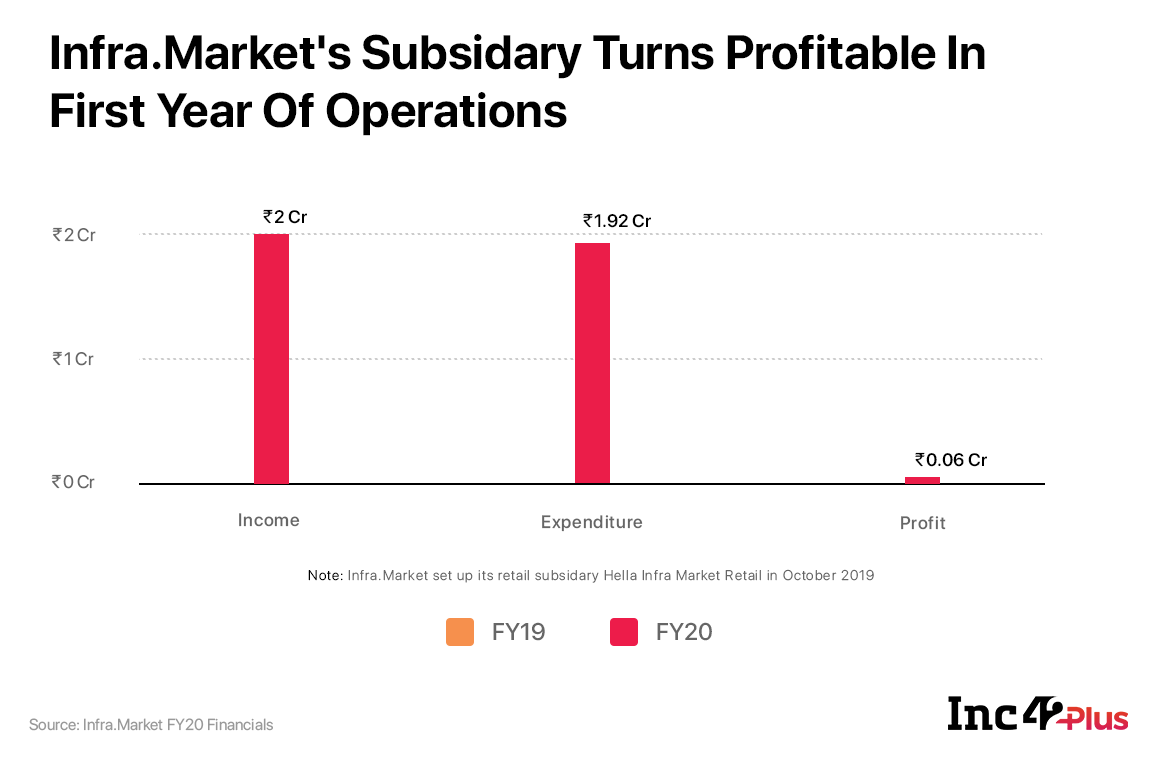 Better Margins And Road To Profitability For Infra.Market

Infra.Market is a B2B online procurement marketplace for real estate and construction material that leverages technology to offer fair pricing and a smoother procurement experience for its customers. The company was founded by Aaditya Sharda and Souvik Sengupta in 2016. It aggregates demand and matches it with the supply chain, with wholesale pricing on materials, along with affordable credit or financing, which is not always available for small businesses in this sector.

The revenue growth has also been fueled by geographical expansion from Bengaluru, Pune and Mumbai to Tier II cities. Cofounder Souvik Sengupta highlighted that the company owes its continuous profitability to the private label vertical, which has fetched them nearly 15% margins on sales. With its entry into the direct-to-retail segment by directly selling its construction material to retails, its private-label penetration has increased substantially, he added.

“We as a B2B company concentrate a lot on our own brands. We have our own brands which generate very high margins for us, compared to other B2B companies, which are mainly distribution companies… We have grown our private label from 40% to may be around 70%, so our margins have improved considerably,” Sengupta told Inc42.

The company aims to expand its private-label business to widen the profit margins in FY21 and achieve a monthly revenue rate of INR 150 Cr by the end of the fiscal.

With profitability on its side, the company has only raised $34.7 Mn from marquee investors like Trifecta Capital, Nexus Venture Partner, Tiger Global Management and Accel. Infra.Market last raised $5.4 Mn in an equity and debt mix round of funding from Trifecta Capital in June 2020.

Infra.Market Spends Nearly 90% Of Its Expense On Raw Material

Infra.Market paid nearly INR 16.56 Cr to a total of 385 employees, noting a sharp 10x rise from INR 1.65 Cr disbursed in the previous fiscal year. It also contributed nearly INR 24 Lakh to employee provident fund and other funds, and spent a further INR 41 Lakh in other employee-related expenses. In contrast, in FY18, the startup had paid INR 3.16 Lakh to the provident fund organisation.

However, the company managed to curtail its spending on staff welfare from INR 16 Lakh in FY19 to INR 12 Lakh in the last fiscal year. It also granted 16,557 shares to employees under the employee stock ownership plan (ESOP). 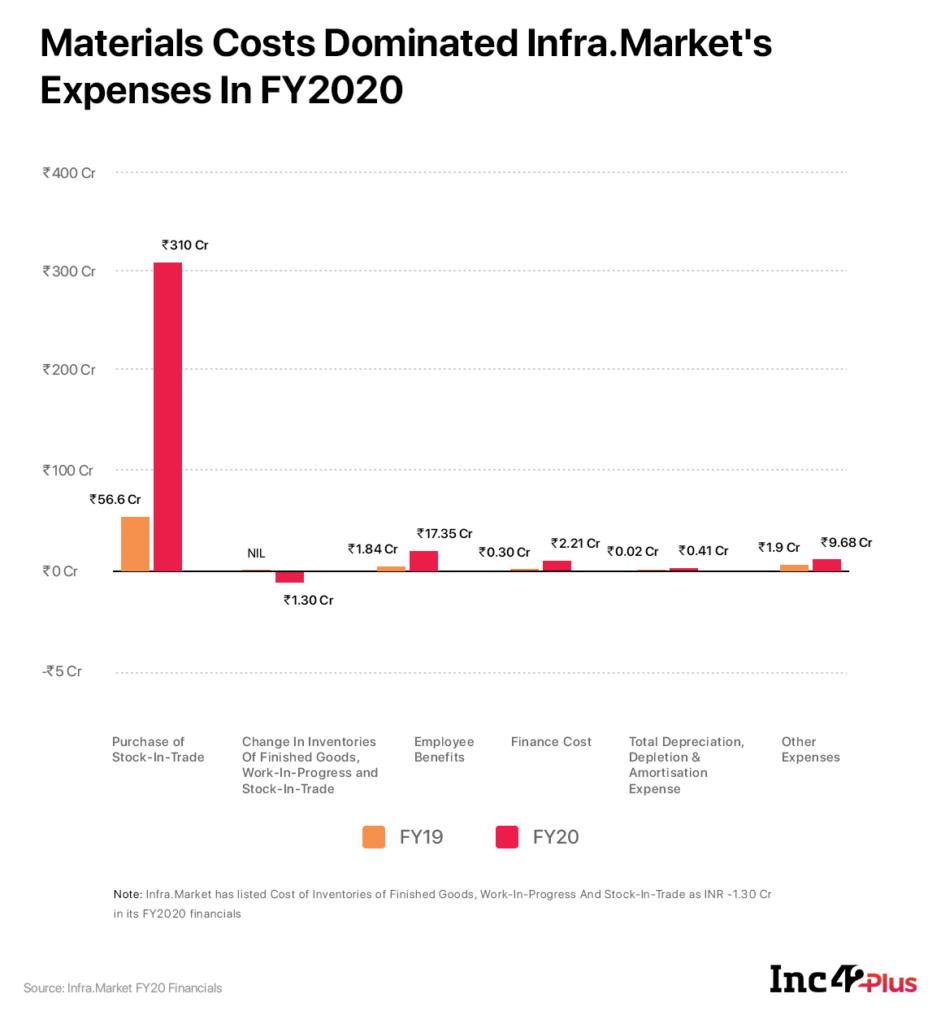 After continuing its profitability streak in 2020, Infra.Market is now looking to overcome the stagnant demand from the first half of FY2021. The company’s online sales and services were down by 50% for the entire first quarter, ending in June 2020. While construction was still happening in certain parts of the country, the disrupted supply chain clogged Infra.Market’s operations to a large extent.

Even after the government allowed construction activities to resume from May 13, Infra.Market could only resume operations in July. Yet the company claims to have made a faster recovery than competitors. The company competes with other B2B companies BuildNext, Infra Bazaar, Materialtree, IndustryBuying, Moglix, Tolexo, Power2SME, mSupply and others.

Sengupta claimed that Infra.Market has managed to exceed pre-Covid levels in terms of business recovery, with a monthly revenue rate of INR 75 Cr per month from INR 50 Cr per month in February. He also noted that Tier 2 cities have noted a faster recovery rate than Tier 1 or metro cities, where the Covid-19 situation is still worsening day-by-day. The company is positive that it will be able to widen its profit margins in FY21 despite the pandemic and the consequent economic slowdown.