[What The Financials] CarDekho Losses Surged 150% In FY20, Even Before Covid Revenue Slowdown

[What The Financials] CarDekho Losses Surged 150% In FY20, Even Before Covid Revenue Slowdown

GirnarSoft claimed that 94% of the company's revenues came from operations, while the rest came from other sources 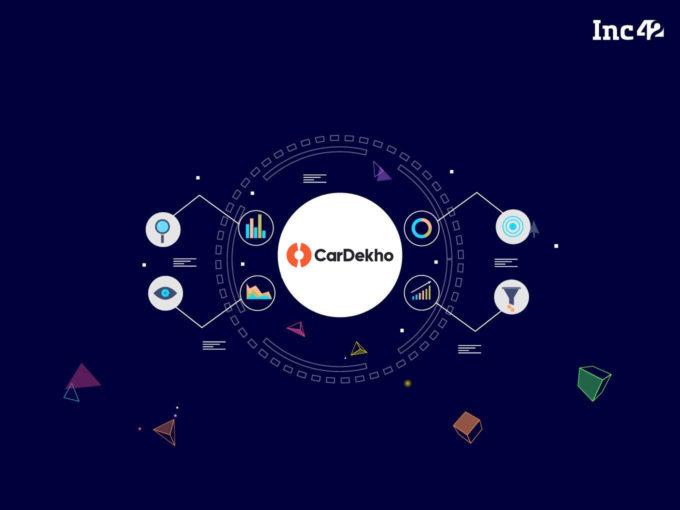 Jaipur-headquartered automobile-related services giant CarDekho’s parent company GirnarSoft has fallen deeper into the red in FY2020 with losses up by 155% to INR 326.4 Cr. This comes after the company had already widened its losses by 39% in the previous year.

Though the filing did not mention expenses on a consolidated level, it claimed that 94% or INR 706.29 Cr of the company’s revenues came from operations, while the rest 6% (INR 48.4 Cr) came from other sources like interest on fixed deposits and current investments. The company had reported the same ratio in FY2019 as well.

CarDekho’s Notes 7% Dip In Losses On A Standalone Basis

GirnarSoft, founded in 2007 by IIT Delhi alumni Anurag and Amit Jain, has developed a whole ecosystem around automobile purchases by venturing into financing, insurance, selling and buying of vehicles/accessories and more. It operates multiple entities across the chain — CarDekho.com, OTO.com, Gaadi.com, ZigWheels.com, BikeDekho.com, InsuranceDekho.com, PowerDrift.com. It had also acquired auto marketplace Carmudi Philippines in 2019 to expand its services across Southeast Asia.

CarDekho, which was founded in 2008, is its largest business. The automobile marketplace connects buyers with sellers of used vehicles. The company also runs an ecommerce marketplace for automobile accessories such as tyres and batteries, and provides roadside assistance.

Meanwhile, transaction services business primarily consists of performance-based advertisements for automakers and CarDekho’s financial services. In FY2019, the company had earned about INR 130.5 Cr from operations and INR 29.2 Cr from other operations.

About 50% (INR 157.38 Cr) of the company’s expenditure were categorized under ‘other expenses’, whereas another 44% (INR 144.31 Cr) went into employee benefits costs. Compared to FY2019, CarDekho’s spending in both these areas uniformly increased by 24%.

The used car segment has evolved in India, alongside the growth of organised and semi-organised markets. The segment crossed the 4 Mn unit mark in FY2018, and is expected to grow at a compound annual growth rate (CAGR) of 22.79% till 2025. Few tech startups in this segment are Droom and Cars24, besides CarDekho.

Even as the mobility and transportation segments were facing a downturn during the pandemic, India welcomed the country’s first transportech unicorn Cars24. The company claimed to have witnessed an uptick in performance in 2020 despite the Covid blues in the entire transport tech segment. The company’s annual transactions exceeded 2 Lakh units and there was a 4x increase in website engagement, which grabbed investors interest in the company.

Cars24 had gained momentum in 2019. The online used car marketplace doubled its revenue to INR 3,056 Cr and its net loss margins reduced by 12% to INR 284.9 Cr in the same time period.

So by November 2020, the company entered the unicorn club by raising $200 Mn in a Series E funding round led by DST Global. Existing investors Exor Seeds, Moore Strategic Venture and Unbound also participated in the round. The company planned on aggressively spending this capital on technology and product innovation and scale new business verticals.

Cars24 has been in the Indian travel tech segment since 2015 and claims to have a presence across 300 cities.