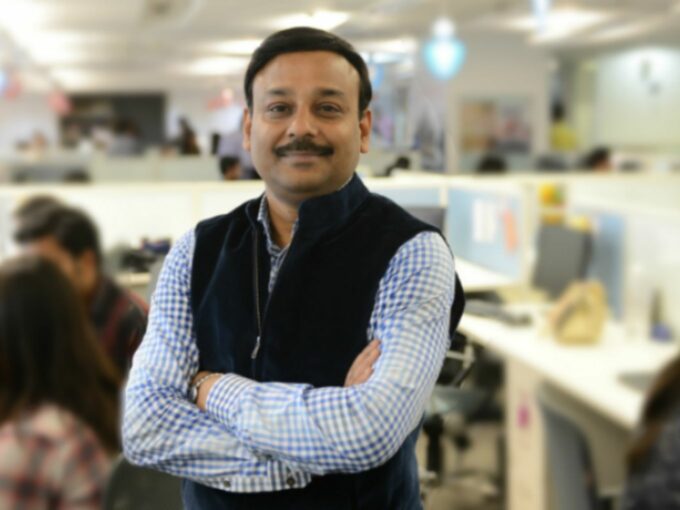 As one of the earlier Indian startups, IndiaMART is already an inspiration for many aspiring entrepreneurs. Incorporated in 1999 by Brijesh Agrawal and Dinesh Chandra Agarwal, Noida-based B2B marketplace IndiaMART went public in June 2019 and gave startup founders some new goals in the process. And since then the company has seen steady growth across markets and segments.

Announcing that it has reached the 100 Mn user mark, Dinesh Agarwal added that the company has started getting much more media attention and recognition now that it has listed publicly. And all that public glare has brought in many positives. Dinesh noted that larger brands and companies are joining IndiaMART as sellers. This includes Fortune 500 companies such as Tata, Jindal, Phillips and many more. In addition, the company has also been able to hire better talent.

The IndiaMART cofounder and CEO added that the IPO has also enabled the company keep its employees happy, as IndiaMART has allotted 14% of the shares in the company to over 500 employees, under the employee stock ownership plan (ESOP).

In the second quarter after listing publicly, the company has also managed to get INR 181 Cr in revenue, INR 44 Cr as EBITDA (earnings before interest, tax, depreciation and amortisation) and 71 Cr in cash of operations, Dinesh highlighted.

He noted that IndiaMART has achieved 23% year-on-year growth in terms of revenue, 58% growth in EBITDA and 18% growth in terms of cash flow for the quarter ending December 2019. Besides that, the company has also managed to match 348 Mn buyers and sellers and achieved 18 Mn daily active users in the third quarter of FY2020.

All this is part of the golden phase for the company, the IndiaMART CEO told us. It managed to double its registered user base from 50 Mn in December 2018 to 100 Mn in February 2020. The Noida-based B2B marketplace claims that it now controls 60% of the total market share. All in all, the IPO was a grand success.

Dinesh noted that even though there is an economic slowdown, this hasn’t hampered the growth of IndiaMART.  “I know, there has been an economic slowdown for the last four-five quarters, which is causing our buyers’ traffic to be stagnant. However, the number of new buyers that are coming, that continue to be handsome in the last 25 months.”

With a focus on artificial intelligence models and data science, Dinesh said the company is able to attract more customers by improved matchmaking, based on behavioural data and the specialisation of the seller.

He also said that the larger geographical reach and product assortment has helped the company record 10 Cr buyers on its platform. The IndiaMART CEO claimed this is the first B2B marketplace to reach this mark. With 66 Mn products listed in over 100K categories ranging from groceries to electronics, this allows the company to attract large numbers of buyers and sellers.  Besides this, the platform also has close to 6 Mn sellers listed on the platform.

“Because of this large base, our penetration in Tier 2 and Tier 3 markets is strong. At IndiaMART, only 33 to 34% of our traffic comes from the top 8 metro cities. Rest of the traffic comes from Tier II and Tier III towns and especially from small villages and tehsils and districts across India,” Dinesh added.