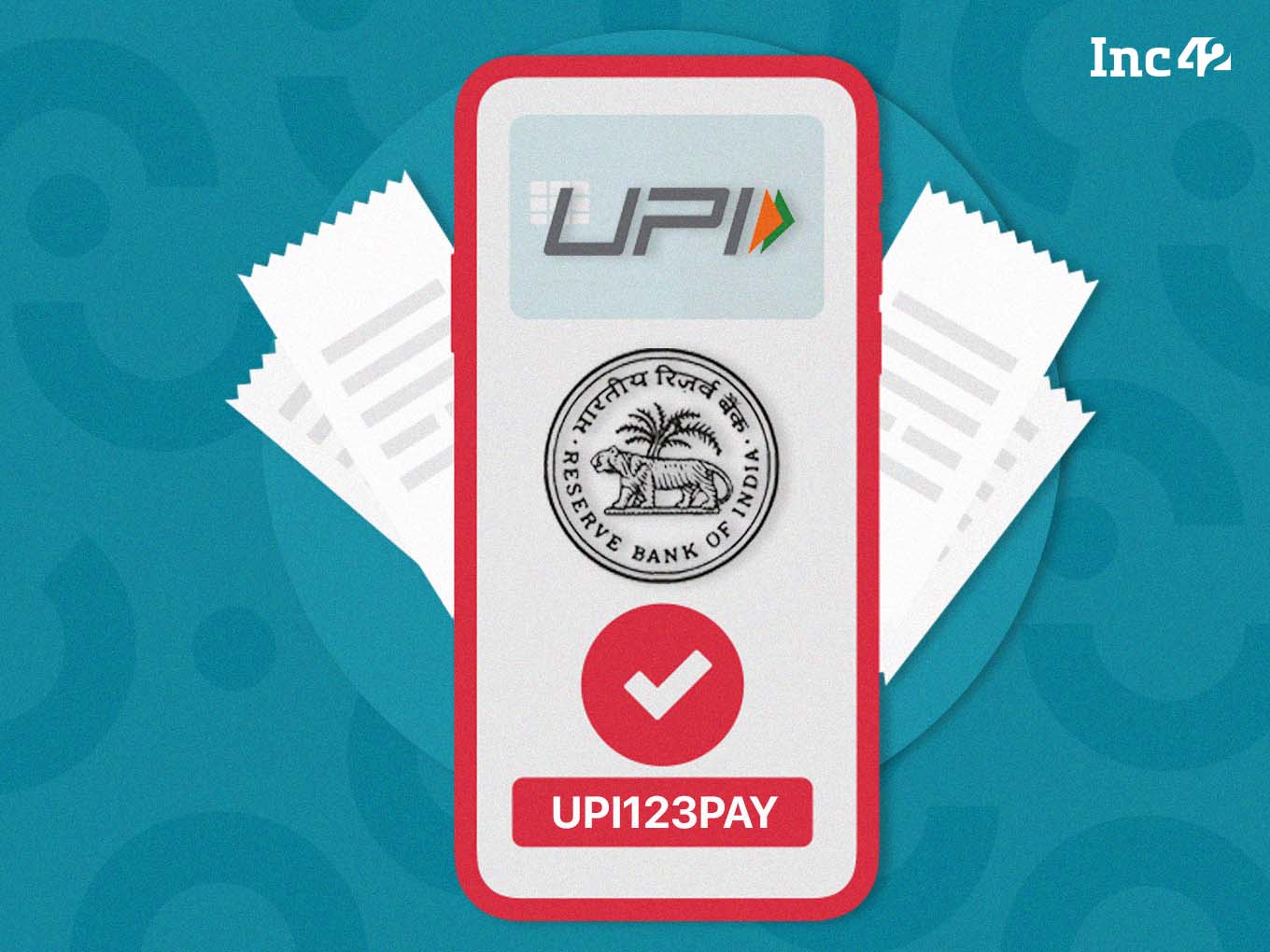 UPI123Pay will take the UPI to the next level, according to RBI

Along with UPI123Pay, the event also saw the launch of a 24×7 helpline for digital payments, called ‘DigiSaathi’.

Bringing Everyone In The Fold

In the Livestream, RBI Governor Shaktikanta Das has formally launched the UPI123Pay. Das said, “India’s digital economy has flourished over the past few years. The UPI has played a major role in this development, recording, as was pointed out, about 453 Cr transactions worth 8.26 Lakh Cr, in February 2022 this year, which is almost double the position that prevailed a year ago.”

“I don’t see a day that is far away when we reach a transaction volume of 100 Lakh Crore,” he added.

He added, “It’s called UPI123Pay because broadly there are three steps, which will take a user to the completion of a transaction. The UPI123Pay is about empowering more people to get onboarded to a digital experience through a feature phone.”

“It is promoting a great amount of financial inclusion in our economy,” Das added.

Along with the RBI Governor, there were multiple dignitaries present from the industry.

Biswamohan Mahapatra, chairman, NPCI said, “UPI as a digital payments platform was introduced in 2016. In the current financial year, UPI has processed a little over 40.49 Bn transactions worth INR 74.51 Tn.”

He also added that UPI was, till now, a smartphone-based platform. According to Mahapatra, the rural population and people without a smartphone were not able to use UPI, which is the largest retail payment platform in the country.

T Rabi Sankar, deputy governor, RBI, said, “The number of digital transactions has increased five times over the last four years, but a large part of this digitization is being limited to those who use a smartphone. There are 40 Cr feature phone users, for them, the choices are substantially limited.”

Although feature phones had NUUP (National Unified USSD Platform) as an option for availing basic payment services using the shortcode of *99#, the same had not picked up.

Therefore, UPI123Pay will take over the same, and being a more feature-rich, dynamic platform, there are high hopes for the same.

The Deputy Governor talked about the whole process with which UPI123Pay will work.

The onboarding process includes a person connecting their bank account with their feature phone by texting their debit card details to a number, which the bank, the NCPI, and RBI will connect the feature phone to the database, thereby allowing the users to start making payments.

After the user has connected the bank with the feature phone, they can set a UPI PIN.

The first one is the use of IVR numbers. The person can call the IVR number, and that will start the onboarding process. Then, the person can make the financial transactions with the help of an automated IVR call, without needing any internet access.

The second technology module is the app functionality in the feature phones. The RBI will introduce an app for feature phones for UPI, and users will be able to do all types of transactions except scan and pay, which, according to Sankar, is still a work in progress.

Third, the feature phones will be able to carry out contactless payments via a technology that interprets the sound emitted by a feature phone, instead of NFC that is used by smartphones.

Lastly, the user can make a missed call to a number, and by getting a revert from a standard number, the user can carry out transactions by authenticating themselves by entering the UPI PIN.

The interactive platform will allow feature phone users to make payments at both a B2C and a B2B level as well.

The helpline will allow users to get help on all sorts of digital payments, including but not limited to UPI, RTGS, NEFT, IMPS, Credit and Debit Cards, and so on.

The RBI said that ‘DigiSaathi’ uses AI technology to answer any questions related to all sorts of digital transactions. It said, “DigiSaathi will help answer customer queries across multiple products and services and boost their confidence in the digital payments ecosystem.”

Speaking of DigiSaathi, the RBI Governor said, “DigiSaathi is all about further enhancing the consumers’ trust in the digital payments ecosystem.”

“The 24*7 helpline will further augment RBI efforts such as ‘RBI Kehta Hai’ to enhance consumer trust in the digital payments ecosystem,” Das added.

Speaking at the event, the RBI Governor said, “I’m confident that this decade will witness a transformative shift in the digital payments ecosystem in our country”.

During the last three years, the RBI has taken more than 50 different initiatives to increase the proliferation of digital payments in the country.

From tokenization to providing switching on-off facilities on cards, the Reserve Bank has made at least 3-4 announcements in every monetary policy statement, per the RBI Governor.

Das also said that the RBI has been working on promoting digital payments and the fintech-era country.

According to the latest statistics, UPI recorded 452 Cr transactions in February 2022 worth INR 8.26 Lakh Cr. The transaction volume did go down by about 2% month-on-month, but it is still more than double as compared to the same month a year ago.