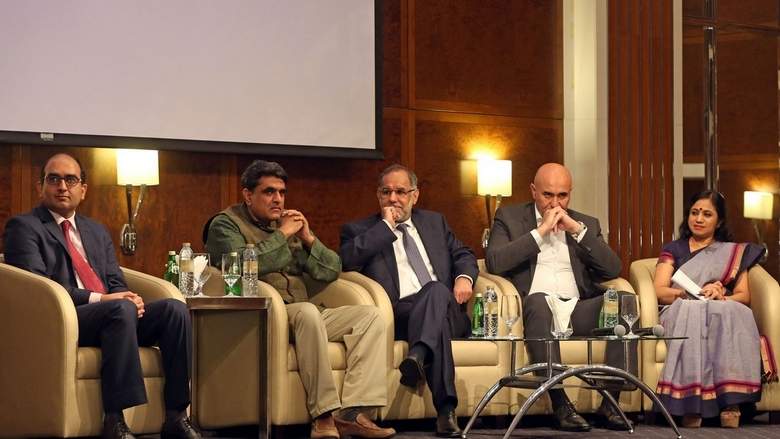 India is the third-largest startup ecosystem in the world. It is climbing up to become number two by leading in tech innovation, to reach the next 6 Bn users. The ecosystem is looking to spread its wings far and wide and one such place it’s looking at is the Middle East. Earlier this week, the embassy of India in Abu Dhabi, UAE in partnership with non-profit think tank iSPIRT, and TiE Dubai organised the Startup India Summit 2017 in Dubai.

This was the first “Startup Summit” being held in the UAE by the Consul General of India (CGI) in Dubai and Embassy of India in Abu Dhabi. It brought together the two ecosystems as well as presented carefully curated high-tech startups.

The summit aimed to provide a platform for the startup ecosystem in both India and UAE for greater collaboration, exchanging ideas, interact with academia, investors and industry, access to funding, and get the requisite hand-holding and mentoring to grow and prosper.

In all, 16 Indian startups in the artificial intelligence, SaaS, fintech, healthtech, deeptech or innovative technology space took part in the two-day event. The deeptech startups included AllgoVision, Locus, Oizom, Posist, and Team Indus while the SaaS bandwagon consisted of Capillary Technologies, CloudCherry, and Fyle. Meanwhile, Capital Float, Faircent, Remitr, and ToneTag were the fintech startups which made it to the summit while the healthtech sector was represented by Aindra, NIRAMAI, Sigtuple, and Tricog.

Indian Ambassador to the UAE Navdeep Singh Suri opened the two-day event with this remark, “Startup India is a flagship programme of Indian Prime Minister Narendra Modi and it is our endeavour to promote it in the UAE. India is the third-largest ecosystem in the world leading in tech innovation globally while the UAE aims to be the global hub for technology in the future.”

Speaking to Inc42, Mohandas Pai stated that the aim of the summit was to showcase Indian startups to the UAE and further build the India brand as a Product Nation. He added that while the response was encouraging and invigorating, more needs to be done. When asked about challenges Indian startups face to expand geographically, he said, “Management bandwidth, capability and funds are challenges.”  He further added, “Medtech, fintech using AI/ML (machine learning) are some of the sectors Indian startups have a big opportunity to expand in, outside India.”

Experts at the event called for greater collaboration between the UAE and India to develop startup ecosystems. They said more such events in the future would provide increasing interactions to foster greater cooperation between young entrepreneurs. 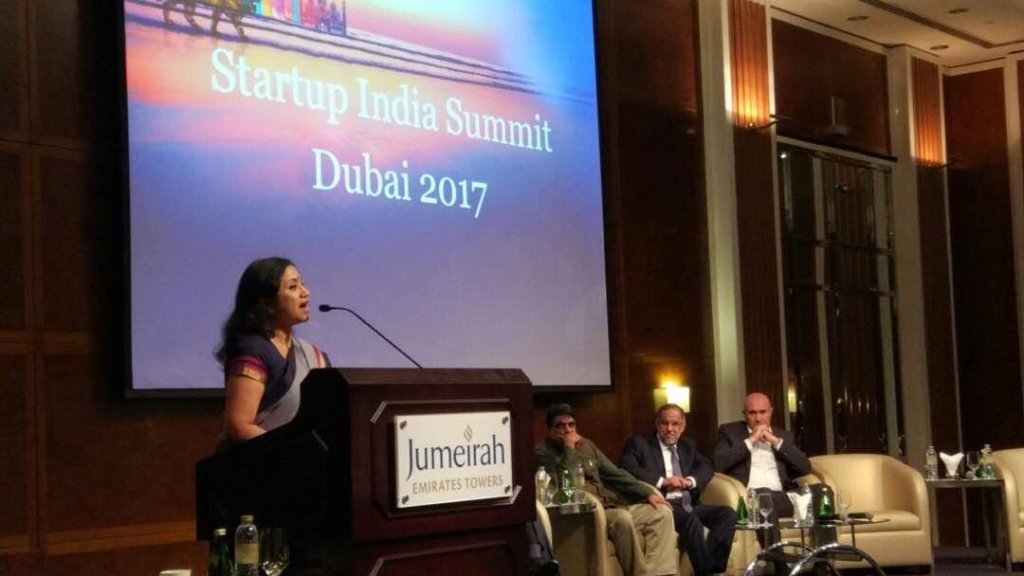 IBPC Dubai President Bindu Chettur stated that the council would act as a platform for Indian firms looking to explore and engage with strong investment partners and clients both from the public and private sectors. She added, “Through such investment platforms, the IBPC seeks to be partners of the first choice for Indian startups in exploring access to both seed capital and growth capital.”

Similarly, Vipul, Consul-General of India to the UAE, added that India’s startup ecosystem could be the main springboard to propel the country to a new growth trajectory, helping it to achieve the goal of emerging as a $10 Tn economy by 2030.

The first session titled “The India Ecosystem Story” was moderated by Sanjay Anandram, with a panel consisting of Mohan Kumar, Partner – Norwest Venture Partners; Shanti Mohan, co-founder LetsVenture; and Sanjay Swamy, Managing Partner at Prime Venture Partners. The next session focussed on “Venture Investment in the Middle East, Expectations and Status Check” and was moderated by Prashant K Gulati, Founder & Managing Partner, The SmartStart Fund. Experts at this session observed that a lot of startups fail to grow because of lack of mentorship, investment, pitching platforms and policy awareness. Presentations from startups, which were moderated by Prathibha Sastry of Innofest, followed in the later part of the event.

Speaking to Inc42, some of the startups shared their experience and takeaways from the summit.

Sandeep Jhingran, co-founder fintech startup Remitr stated, “The event was well-planned and Remitr presented our product to folks in the technology sector, financial services, and Government. As a fintech startup, our vision is to make cross-border payments as easy as making a local payment in one’s own country. We have been very impressed by the emerging opportunities in UAE such as the Abu Dhabi Global Market programme that promotes innovation in financial services.”

He further added that the startup also met potential partners with whom it is now exploring to expand its remittance product to business payments and to immigrants from under-served geographies.

Similar sentiments were expressed by Prem K Viswanath, co-founder of SaaS startup CloudCherry who stated that the Startup India Summit in Dubai & Abu Dhabi validated that the UAE is a market that’s rapidly evolving, and is looking for innovations and new technologies to cater to tomorrow’s needs and expectations. He said, “We were delighted to be part of a delegation that not just got the opportunity to showcase our wares to some of the top business houses, investors and leaders of the UAE, but also be a representative to demonstrate India’s continued superiority & growth in technology.”

The summit exposed Indian startups to the tremendous opportunity in the UAE was also reiterated by Aneesh Reddy, co-founder of omnichannel engagement and commerce solution Capillary Technologies. Aneesh said, “It was an enriching experience and the coming together of great minds from both India and the UAE. There is tremendous interest in, and opportunity for, Indian startups in the UAE. Besides business opportunities for Indian startups, the leaders in UAE are very keen to foster entrepreneurship and there is a lot of learning from India that can be transferred.”

Like other startups, Capillary also is excited with the opportunity in UAE and the rest of the Middle East and is looking at very rapid growth from the region.

Ashish Tulsian, co-founder Posist Technlogies, also agreed. He said, “It was a fantastic opportunity by iSprit as well as the Indian consulate in Dubai and embassy in Abu Dhabi. Not many times you get an opportunity to showcase your product to such accomplished and important audience while being endorsed by your country’s government as the best in class. For us it was an enriching experience as we are exploring Middle East as a market and we found a lot of potential partners, customers and advisors who I am sure we could not have spotted from any easy route.”

The same was felt by Geetha Manjunath, co-founder of healthtech startup NIRAMAI which is developing an innovative breast cancer screening solution for detecting early-stage cancer. Geetha said, “We got a good response from the audience at the summit. We got in touch with many people who were interested in becoming local contact points for our products to enter UAE. We also got connected with hospitals and diagnostic centres who were interested in piloting our solutions.”

Geetha added that since NIRAMAI uses a screening method which is very private and does not even involve touching the patient, hence adoption in countries with a higher population such as UAE looks more promising. Additionally, the startup also connected with the Indian investor community there, who wanted to contribute back to India by investing in Indian startups.

Rajesh Viswanathan, CFO of online lending platform Capital Float added, “The UAE has a mature understanding and appreciation of fintech. They are formulating regulatory policies to promote fintech in the region. The Startup India Summit further exemplifies this push, as it helps facilitate inter-cultural learning from a fintech perspective.”

Nishith Rastogi, co-founder and CEO of logistics management startup, Locus summed it up well, “The summit proved to be an excellent platform to infuse a spirit of innovation in all who attended! The summit also provided us with a view of the healthy market, and great infrastructure that UAE presents – this gives the startup space amazing confidence in the value that the Middle East holds, both as a partner and as a market.”

Here’s hoping this confidence translates into more market space for Indian startups in the region.