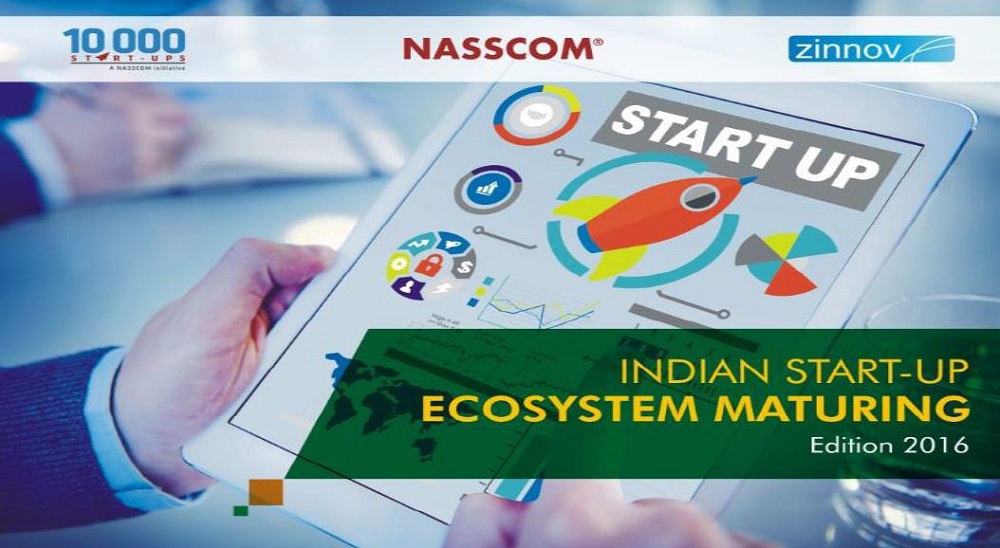 The Indian startup ecosystem is poised to grow by 2.2X to reach over 10,500 startups by the year 2020, according to a report released by NASSCOM in collaboration with Bengaluru-based consulting firm Zinnov.

The report, which was released earlier today, has been developed to understand the technology product and digital landscape in India. It analyses the current scenario of the Indian startup ecosystem and gauge India’s position as a global tech startup hub.

The report highlighted a few quick facts about the overall current scenario of the Indian startup ecosystem. India stood third globally, in the number of tech startups it hosts, warding off close competition from Israel and China. Overall tech startups are expected to cross 4,750 in number, a 10%-12% Y-o-Y growth. 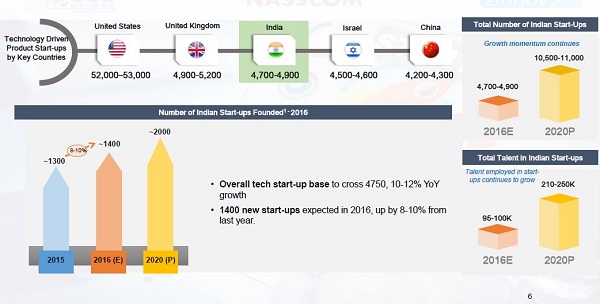 Bengaluru, Mumbai, and NCR continue to be startup hubs, harbouring 70% of the total startups in India. Cities leading investments in particular sectors was a valuable highlight, with ecommerce ruling the roost in Delhi NCR, fintech in Mumbai and healthtech in Hyderabad.

The year 2016 saw a modest 8% Y-O-Y increase in startup funding according to the report. With a total funding of approximately ~$4 Bn, close to 650 startups were funded.

Incubators and Accelerators witnessed 40% Y-o-Y growth, a great sign for the future of teething startups. Another positive sign from the space was that 66% of the new incubators were established in Tier2/ Tier3 Cities, a great boost to innovation decentralisation.

There have been 60 M&A deals already in 2016, with the number expected to reach 80 by year end. An interesting focus was laid on the skewed number of B2C companies being acquired with just 8% B2B M&A’s.

According to the report, Indian Metros had a largely uniform startup mortality rate of 14-15%, whereas Tier II, III Cr cities faced a more morbid figure of close to 20%.