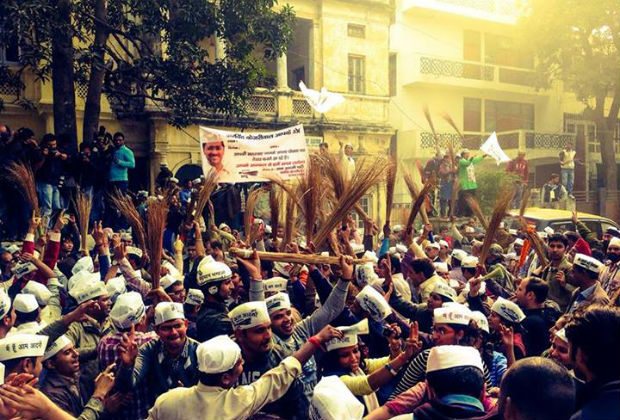 Arvind Kejriwal government has written to the Department of Industrial Policy and Promotion (DIPP) on not allowing FDI funded stores in the state. The DIPP is now examining the letter sent by the Delhi government.

The central government had opened multi-brand retail sector to foreign investment more than a year ago which allowed global retail giants like Walmart to open stores in India. However, the final decision to allow these firms to open stores in their respective states was left to the state governments itself.

The decision to withdrew the approval given by the previous congress led government on foreign Direct investment (FDI) in multi-brand retail in Delhi is being termed as anti-investment, “If one party reverses the decision of its rival dispensation upon change of guards, the policy and political risks for global investors would definitely increase in India, scaring them away,” says industrial body Assocham.

Apart from Delhi, states including Maharashtra, Jammu and Kashmir, Haryana, Rajasthan, Uttarakhand, Andhra Pradesh and Assam have in the past agreed to support the entry of foreign supermarket chains.

FDI in retail has been the hot topic of debate for quite some time now, not only between the political parties but also common people. Here are few tweets which came in after the Delhi government announced withdrawal of FDI in retail.

So one IITian Startup (AAP) trying to help the other IITian Startup(Flipkart) by banning FDI in retail. — Gabbar Singh 3D (@GabbbarSingh) January 13, 2014

AAP shoots down FDI in retail in Delhi, which was supposed to be the first state to get it. Turning the clock back? http://t.co/QBVdGLtpgr — Abhijit Majumder (@abhijitmajumder) January 13, 2014

Of all the things, FDI spreads unemployment? Kejriwal is not right in his head. — Fairchild Semi (@4JIT) January 13, 2014

@ArvindKejriwal sir please don’t be stupid and populist. This decision to curb FDI in retail in Delhi is completely insane.

AAP actions seem fairly honest and transparent. However their stance on most matters is left. What logic for no FDI in retail ?

No FDI in Retail in Delhi = More traffic in Gurgaon & no advantage of that bloody toll being removed ! — Akshay Chaturvedi (@akshaychat) January 13, 2014

Decision by @AamAadmiParty with regard to FDI in Delhi is no less than Discarding Liberalisation and Free trade. It seems wrong. — PRASHANT RAJPUT (@radical1184) January 13, 2014