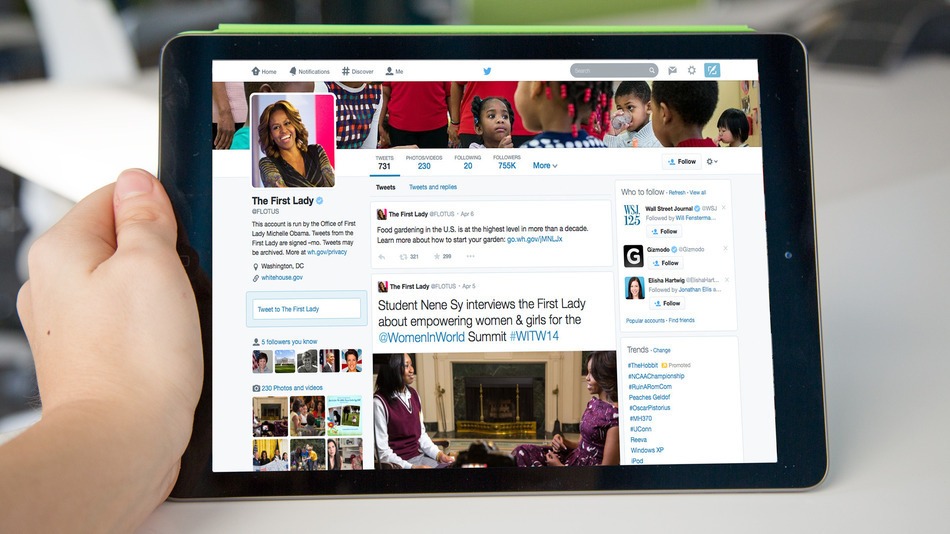 Twitter is gradually rolling out a major redesign of user profiles, starting on Tuesday. The new look, which Twitter was testing in February, adds a lot more user information and several new features — and it looks quite similar to Facebook’s user profiles.

This redesign will roll out to all users over the next few weeks, but new users will get the look immediately. The social network announced the news on the Today Show this morning. You can see the new design live on Twitter.com here.

Detailed in Twitter’s official announcement, designer David Bellona shares that the new Web profiles will feature a larger profile photo, a header (cover) photo, and the ability to pin your favorite tweets to the top of your profile.

The introduction of “Pinned Tweets” and what the company calls “Best Tweets” appears to reflect more of the old-style Facebook. Twitter’s pinned feature allows users to stick a specific tweet to the top of their own page, and not be swept away by following tweets, similar to how the old Facebook status would remain in place.

In addition, tweets that get more engagement in terms of retweets, favorites, and replies will appear in bigger sizes. It’s all part of a strategy to give your best stuff more prominence, instead of tweets being treated equally.

Furthermore, you can now choose which timeline to view when checking out a profile page. You can see all tweets, tweets with photos and videos only, or just tweets and replies.

As for the new design’s similarities with Facebook and Google+, all three social networks now feature cover photos, overlapping profile photos, and a three-column layout.