The advertisement was for Uber’s intercity cab service

The advertisement was published in leading dailies such as Times Of India, Hindustan Times, among others 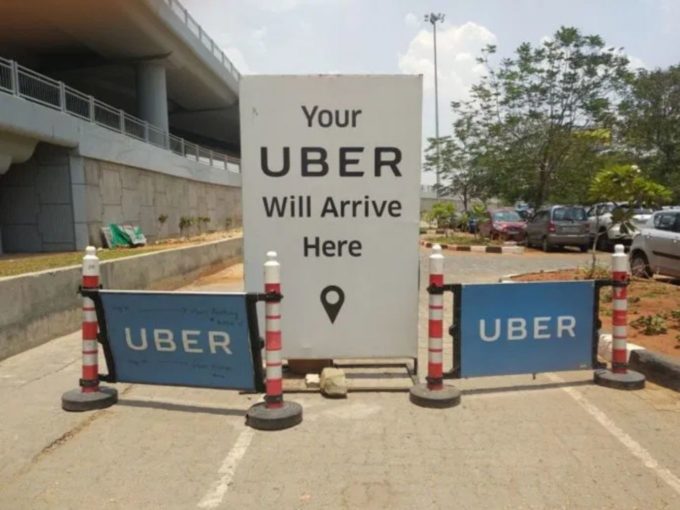 In most cases, advertisements help companies to improve brand presence, however, this time cab-aggregator, Uber India, has also achieved the motive but in a negative way.

Uber, on Monday (December 9), has published advertisements for its intercity cab service with noticeable errors on the front page of leading dailies such as Times of India, Hindustan Times, etc in editions of Mumbai, Delhi, Gujarat, among others.

The advertisement printed in the Delhi edition of these dailies incorrectly read ‘planning to head out of the Delhi’. Moreover, they also wrote ‘anytime’ instead of any time.

In addition to the grammatical mistakes, the advertisement, published in the Mumbai edition of TOI, even carried a factual mistake. The advertisement had misspelt Bhimashankar, a popular destination in Maharashtra, as Bhimsankari.

Twitter users have been calling out Uber for these careless mistakes in promoting their inter-city cab services. Some users even demanded an apology from the company.

Moreover, while most of the tweets raised questions about Uber’s incompetence with the promotional campaign, some also called out the marketing agency, which was behind the advertisement.

My dear @Uber_India … please tell me where is “Bhimashankari” located? Probably the copywriter is from #Bengaluru and thought the jyotirling of #Bhimashankar must be a goddess like #Banshankari 😑😡 pic.twitter.com/I9vx04m5al

Is advertising dead? Not yet. It’s just recalibrating itself to new standards. Here is a global client and a MNC ad. agency getting together to spend millions on a full page print ad. with a glaring error in the headline. Nonchalantly. Well done @Uber_India. #advertising #uber pic.twitter.com/8NPUf8wRlh

Inc42 has reached out to Uber, seeking the name of the advertising company which helped them to create this advertisement. However, we have got no response till the time of publishing.

According to a report by exchange4media, it is expected that Uber might have spent INR 3-5 Cr for the creation and promotion of this advertisement.

Further, Prathap Suthan, managing partner and chief creative officer of Bang In The Middle told exchange4media that this is a collective blunder as the onus is on everyone from the agency who conceptualised it, to the brand-marketing team.

Recently, Uber has started to streamline its operations in India and is also working on its expansion into public transport and bike-taxi in many cities. To further aide its growth in the country, Uber announced a four-fold expansion, by increasing its presence from the current 52 cities to 200 cities, of its operations.

Moreover, the cab aggregator believes that the key driver of this expansion will not be car-hailing but its bike-taxi services in India.