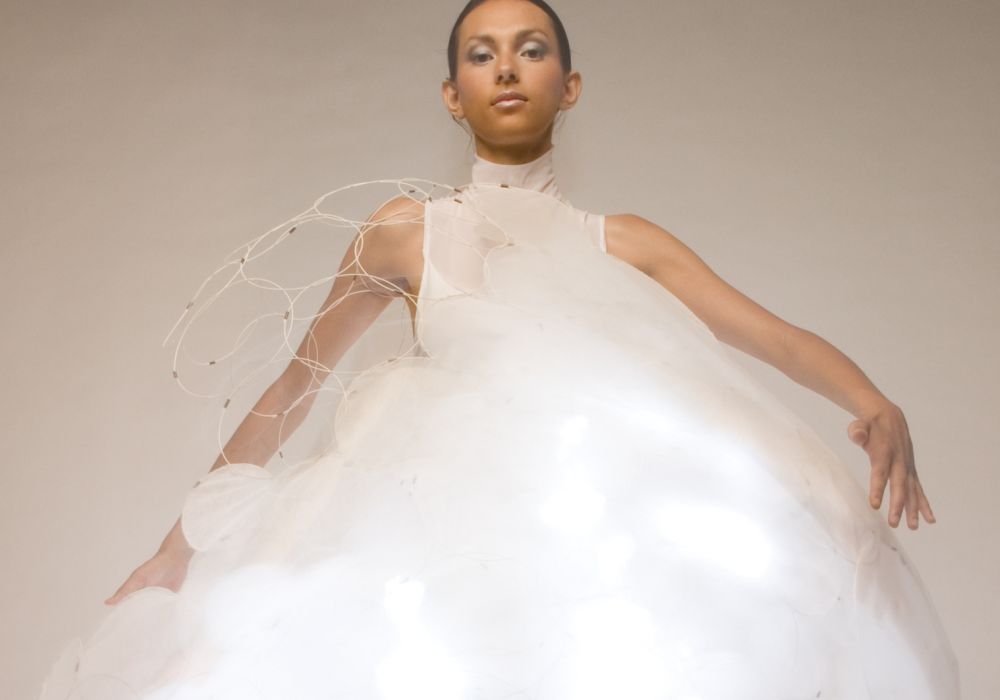 Fashion has always been synonymous with creation – creation of the bold, sometimes outrageous, but always a creation of the new. Fashion stands for design and style and is considered the domain of its artists, fashion designers. Stalwarts such as Vera Wang or Alexander McQueen or closer to home, Sabyasachi Mukherjee or Manish Malhotra have always pushed the envelope to give a newer shape to silhouettes, and new meaning to colour and palettes and outfits.

The runway is their personal canvas and their little kingdom and they rule with an iron fist.

“All industries tend to have a certain inertia while adapting to something new. In the fashion industry, as far as birth and discovery of trends is concerned, it was very elitist. Hence, a higher inertia was involved,” begins Kaushal Shubhank, co-founder of fashion discovery social networking platform Roposo.

That scenario has drastically changed when fashion – that most insular of industries when it comes to being practical in terms of technology adoption – had to finally give in the last few years and learn to coexist with invasive, pervasive technology.

Where Tech Merges With Couture To Create Runway Art

The May 2016 Met Gala by Vogue created a splash in terms of headlines for the celebrity turnout, like it did every year. But it was also special for a particular reason – it was the first time a model had worn a dress designed not just by a designer. “The Cognitive Dress” designed by British designer Marchesa with IBM Watson is a white tulle dress inlaid with 150 LED connected flowers and is an expression of five sentiments: joy, patience, excitement, encouragement, and curiosity that was then run through Watson’s Cognitive Color Tool via two datasets and created a plethora of runway images to refine the colors chosen for making the dress. 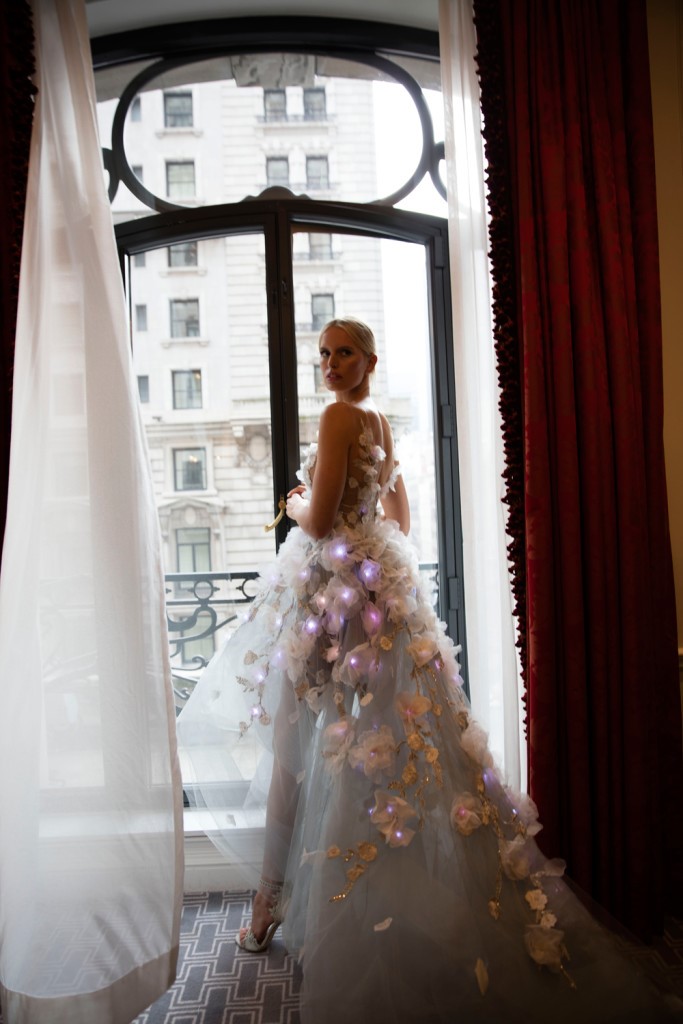 The ingenuity of the dress worn by model Karolina Kurkova is a straightforward application of Watson’s capabilities. The LED flowers were connected to Watson’s Tone Analyser API, which interpreted the emotional contents of tweets tagged #MetGala and #CognitiveDress. The tone of the tweets dictated what colour the dress would turn in real-time – joy would light up as a bright rose colour while excited made the flowers turn aqua.

The New York Fashion Week of 2016 too saw two new forms of innovation when it came to technology – virtual reality runways and the Oscillation Pangolin 3D printed dress.

NYFW, acknowledged the world over as the frontrunner in deciding which fashion trend will make it to the stores and which ones won’t, has unequivocally cast its vote and chosen futuristic technology (that is not so futuristic anymore) to take the industry forward – both in terms of design as well as more backstage functions as related to inventory, PoS, customer targeting and more.

Tech And The State Of Fashion In India

India has always been a melting pot of culture and tradition mixed with a stardust of celebrity. Nowhere is this sentiment more obvious than in the ways fashion trends in the country get dictated by the latest outfit worn by Bollywood stars – be it Anushka Sharma’s ‘Aiweyi’ salwar-kurta outfit or Farhan Akhtar’s bandh gala and jodhpurs. With the world recognising and embracing the colourful vibrancy in our trends, one would think that the adoption of tech in making fashion more relatable and affordable would be the next obvious step.

This has not been the case till as recently as last year – 2016.

This sentiment was echoed at the Lakme India Fashion Week held in Mumbai in September 2016 – where Rajan Sreenivasan, co-founder of content marketing portal Scatter, at a panel for Fashion and Tech mentioned that though consumers might not be aware of tech merging with fashion, it still existed. But ‘smart technology’ in fashion was not as pronounced.

Jasmeet Thind, co-founder of CoutLoot.com, a fashion recommerce portal, says, “(High) fashion largely sells on the trends that come & go. Adapting a tech template isn’t a smart move at this time considering that over 90% of fashion shopping in India still happens offline. Hence, it makes sense to wait for consumers to come online (a big chunk of which is already migrating) & then develop a suitable 360-degree fashion tech intercepts which fit the consumer & their demands, accordingly.”

Amit Bhardwaj, co-founder of 6Degree, an Indian fashion tech startup that brings designers, bloggers, photographers under one platform, expanded on Rajan’s statement by mentioning the fact that technology has taken over particular segments inside of fashion – fabric sampling, for one. And for designers in particular – process automation, accounting and PoS, social media, fluctuation in RoI are all monitored and analysed by tech.

But, the one thing everyone at the panel and the founders we, at Inc42, spoke to, agreed on was this – fashion, just like media, is not an elitist pursuit anymore.

Just like new age media, including social media democratised legacy media and publishing, so too has fashion been democratised by a few factors – large-scale penetration of technology in Tier II and below segments, the explosion of social media across the populace and lastly, but not leastly, the trust enabled in ecommerce that has helped it gain a permanent place in the average consumer’s mindset.

Indian ecommerce has seen an intrinsic evolution from the time of blindly, if conveniently, ordering books and apparel online. With the average consumer understanding and using technology for everything – from booking movie tickets to streaming movies, buying the latest gadgets and monitoring their health, ecommerce, too has had to change the way the game is played.

“The last two years have been a milestone when it comes to ecommerce penetration among Indian consumers. The spread of Internet services has already bought millions of consumers online, giving affordability & accessibility at the same time. A small town girl now has international brands & services within her reach. Owing to the same, this has also increased investor confidence in fashion ecommerce specifically, where in every brand is trying to lure the consumer by their differential offering & proposition,” states Jasmeet. Jasmeet shares that with thousands of new trials happening every day on the platform, CoutLoot has also seen investor confidence. “The industry has made a decent impression which has allowed secondary level players to enter the market & explore a whole new untapped segment,” Jasmeet adds.

Kaushal talks about personalised recommendations being a game changer, when it comes to this multibillion-dollar industry. “Ecommerce platforms were the first lot to test out the benefits of personalised recommendations. Their exceptional pace of growth attracted investors and subsequently top notch talent. As these platforms grew they, however, created a new problem of information overload. This is where smart recommendation systems like Roposo stepped in to change the game,” he says. According to Kaushal, all these tech advancements are what is enabling consumers to be more unique and discerning in their purchasing decisions.

Data, too, is an area where ecommerce platforms are stepping up their strategies and focussing their attention on.  Says Jasmeet,

“Startups are learning from the current user data, in terms of heat maps, hits, time spent on a particular section or product, etc. These are the few initial measurement factors being taken into consideration. Although, I, personally, believe getting these basics right and topping it up with the right engagement features will decide the right usability of the data that is currently being tracked.”

Futuristic technologies such as AI, VR, AR, machine learning have already started becoming a part of everyday life, without anyone being the wiser. Be it in architecture firms rendering AR designs of blueprints or the Google Tilt Brush that has given new meaning to the word ‘creation,’ or even the cutesy Pokemon GO interactive game. Fashion and its much younger brother, ecommerce, too have to take the bull by the horns and embrace technology wholeheartedly, if they have to engage with their consumers on a meaningful level and influence purchase decisions.

While Kaushal talks about the use of OLEDs (Organic LEDs) that will transform flexible displays (such as the Marchesa dress) leading to more personalised designs matching user’s mood, he does insist that machine learning and VR are going to dramatically influence creativity and productivity in fashion-driven ecommerce.

Startups such as Staqu and Baggout are already accomplishing this with Fashin.ai (a visual database and shopping portal of Bollywood-based fashion) as well as Fashion Eye that turns a smartphone camera into a shopping outlet, and Baggout’s suite of APIs in the B2B space. Jasmeet mentions deeper and more penetrative use of data and how it is going to change the way business itself is conducted.

“Technology will definitely help brands take better data-centric decisions. The current trend of showing more variety to the user will slowly be replaced by showing the right kind of commodity to the consumer increasing the inclination towards a sale hence, in turn, increasing the conversion percentage. This will help brands to define their businesses in a much better way understanding the consumer hence stocking or investing the right amount in their inventory, as per their audiences,” he concludes.

The industry of fashion has been largely diluted with the advent of ecommerce which got initial recognition through portals like NetAPorter, TopShop, Amazon and others. Consumers have now become the dictators due to spending power finally turning their way. And the industry has, belatedly, realised that the experience of fashion (haute couture, pret-a-porter, everyday wear) has to be curated for individuals, and not the other way round. After all, looking gorgeous is a full-time, affordable activity now.