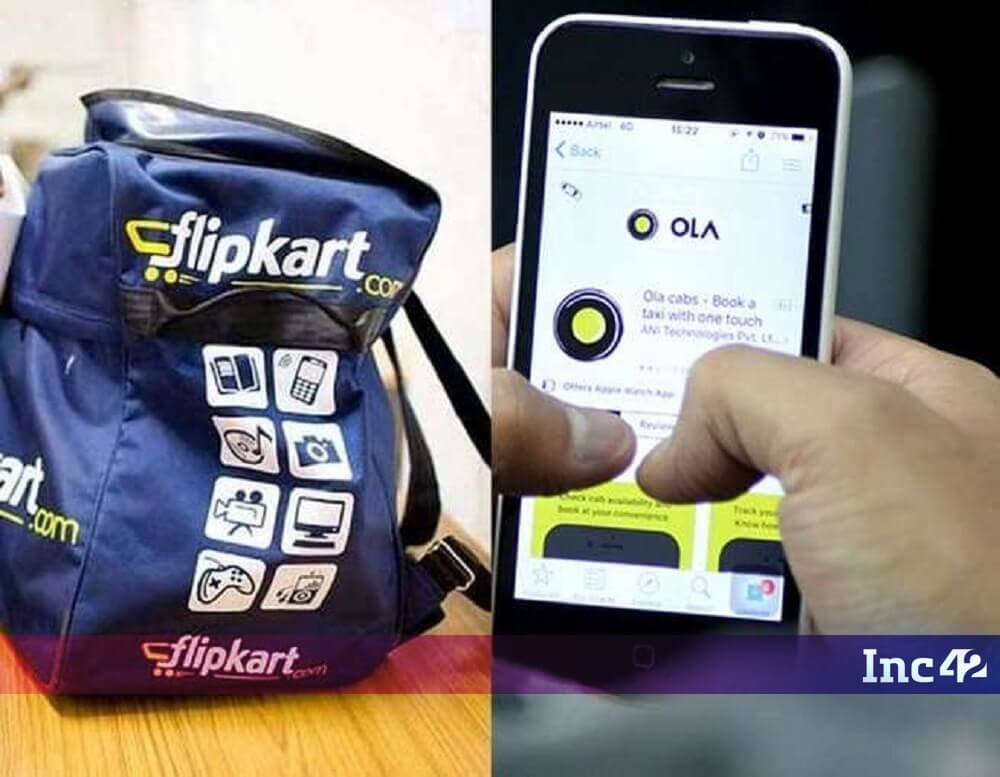 Tiger Global Management, one of the early backers of consumer Internet firms Flipkart and Ola will be taking a partial exit from both the firms for over $1 Bn. The announcement came a day after Tiger Global Management Partner Lee Fixel stepped down from the Ola board, with news of selling $500 Mn worth stake in Ola to the Japanese conglomerate Softbank.

The New York-based investor is expected to sell around 7.5% stake in Ola worth $300 Mn and 10% shareholding in Flipkart worth $600 Mn-$700 Mn to Softbank. This will reduce Tiger Global’s shareholding in Ola to 7.5% while in Flipkart to 18%. The combined stake will be worth $1.5 Bn-$2 Bn. This is in accordance to the market valuation of the companies marked during the last fund raise, that is $4 Bn for Ola and $11.6 Bn for Flipkart.

Further, by acquiring Tiger Global’s stake, Softbank will now own around 20% of Flipkart and one-third of Ola. Also, Fixel is said to make around 3x of his investments in Flipkart, and 5x of his bid in Ola with this deal.

Talks of SoftBank holding discussions with Tiger Global about a potential buyout of Ola shares first surfaced in May this year. Also, when Softbank made the massive $2 Bn+ investment in Flipkart in August 2017, there were reports that SoftBank will take a portion of holding of Flipkart’s early backer Tiger Global for the investment diluting its 28% stake, resulting in SoftBank Vision Fund as one the highest stakeholder.

Tiger Global Management: The Ups And Downs Of Its Investment Journey In India

However, the firm got recognition in India, only after its $10 Mn investment in ecommerce venture Flipkart in 2009 at $30 Mn valuation. Since then, it has partnered in almost every funding round of the company to date. Later, the VC firm also set its eyes on rising cab aggregator market in India and laid its bet on Ola in 2012 with a small ticket size investment of $3Mn-$4 Mn at a valuation of $12 Mn.

At one point Tiger Global Management found India such an attractive investment destination that in 2015 alone, it did 38 investments in the country with total disclosed investments of $1 Bn and each amounting to more than $5 Mn. The major ones included Ola ($400 Mn), Quikr ($150 Mn), Shopclues ($100 Mn), Delhivery ($85 Mn), Lime Road ($30 Mn), News In Shorts ($20 Mn), Culture Machine ($18 Mn), MoonFrog Labs ($15 Mn) and more. The list of sectors invested in ranges from ecommerce to enterprise to logistics to gaming.

However, the funding winter of 2016, portfolio startups’ struggle with rising losses and the mushrooming of ‘me-too’ startups, forced the VC firm to take a step back in 2016 which continued in 2017 as well.

Pay Off From the Major Indian Bets: The Struggle, The Hope And The Revival

In past two years, with the changing dynamics of the Indian startup ecosystem and the rise in share of foreign players such as Amazon and Uber, the two highest bets of Tiger Global in India were put on stake.

However, with Softbank’s entry into the Ola camp in October 2014, Tiger Global had slight hope to get a good exit at some point in time. This is reflected even in the later funding rounds of Ola, where after 2015, Tiger Global did not participate in even one follow-up funding round of the cab aggregator company.

In case of Flipkart, however, Tiger Global had already made over $1 Bn investment in ecommerce major alone by the end of 2015. This was the time when Flipkart was facing issues such as lack of funds, increase in losses, and failed strategies. No major investment has been pumped into the company, since the $700 Mn round in July 2015 at $15 Bn valuation. Moreover, between February 2016 to January 2017, the firm saw 18+ devaluations, reducing its valuation to $5.37 Bn in some cases.

To take hold of the Flipkart’s dwindling ship, Tiger Global put on board Kalyan Krishnamurthy as the new CEO in January 2017. Not only did he revive many of the companies strategies and the leadership ladder, but also brought on board investors like Softbank, Tencent, eBay and Microsoft pouring in over $4 Bn in the company at a valuation of $11.6 Bn.

Although Valic recently marked down Flipkart’s valuation to $7.9 Bn, Lee Fixel has found a good time to exit the venture. As per various media reports, he is now keen to back new Indian growth stage startups with an average ticket size of $30 Mn. But as per sources, he has not found anything substantial yet.

To date, Tiger Global has made close to 103 investments in India amounting to $2.5 Bn, but with only 13 exits so far. Of these three big exits were Just Dial, Make My Trip and Caratlane, where it exited almost on par and made decent returns on exit.

It took almost 10 years for Tiger Global to make a respectable exit from Flipkart and Ola, however looking at the gain, the wait seems to be worth it. Though both the companies are currently showing enough promise to give fierce competition to their rivals and rise ahead, Lee Fixel believes the market is not giving enough returns in comparison to China and the US.

While the Tiger Global camp can now celebrate these exits, there are likely tough times ahead for both Flipkart and Ola The aggressiveness with which Softbank forced Snapdeal into a merger with Flipkart clearly indicates how far the Japanese investor can go to reap profits on its investments.

Now that SoftBank owns a major stake in both in Ola and Uber, the industry pundits have begun their speculations of a potential merger on cards. Also, with the exit of Tiger Global, there are chances that Flipkart too will become a vulnerable entity in near future. In all, the year 2017 has put the Indian startup ecosystem on a different roller coaster ride altogether. With the exit of age old players like Tiger Global and dominance of aggressive investors like SoftBank, the upcoming startups will quite possibly have a new era to watch.