Can Technology Actually Enable VCs To Pick Winners For Their Portfolio?

Can Technology Actually Enable VCs To Pick Winners For Their Portfolio?

The Junction 2017: Where Panellists Discuss How Technology Is Changing Venture Capital

[This article is part of The Junction Series, which was held from January 12-14, 2017. Learn more about The Junction here!]

On the third day of Inc42’s flagship conference, The Junction 2017, which saw 300 of the most influential tech enthusiasts, speakers, VCs, angel investors, and international delegates come together to discuss where the Indian startup ecosystem was headed in the backdrop of India’s fourth industrial revolution, one panel debated a pertinent issue – how is technology changing the venture capital landscape in India.

Technology For Research And Not Rapid Deployment

Pranav started the discussion by stating that venture capital will hold on, given the fact that VCs take a long time to build relationships with founders and do thorough due diligence. Hence, he asserted that as far as VCs are concerned, it is not about rapid deployment.  Those are not the kinds of technologies VCs will look into, anytime soon.

However, he did stress on technology that is being deployed into doing better research. He explained,

He added that the second area where VCs can deploy tech is working with their companies in portfolio management. He stated, “In the early stage, a lot of founders are unable to wrap their heads around compliances, registrations, and such procedures. So formalising basic work flows and lubricating them gives VCs an inherent advantage in making the lives of founders easier.”

Additionally, he remarked that another interesting trend would be how VCs use technology to improve deal flow and deploy money in the early stage.

Atsushi commented that with the advent of technology, VC investing would be more unbundled and spread out, and not remain as much local. Technology could lead to a more marketplace situation where capital could flow in from other countries. He also added that while VCs would still need to have the human touch, deal flow and sourcing could be more automated.

Touching upon another important aspect, Sanjay took the discussion further and asked the panellists their thoughts on how VCs can better standardise their KPIs and metrics, in terms of both reporting to LPs (limited partners) and working with founders.

To this, Sanjay Swamy pointed out that while talking about how technology can change this industry, it is also important to understand the challenges that could stand in the way. He explained,

“We could use technology to shortlist companies, create deal flow, but in the seed stage and early stage, deals are largely dependent on people. So, realistically, technology can more likely be used to extract information about companies.”

On the issue of standard metrics, he added that the angel and VC community should encourage founders to not come up with bullshit metrics. He said, “There should be some standardisation we should push for – such as standardisation of terms and term sheets, which could be put up on the website so an entrepreneur knows the VC’s standard terms when he is walking in to pitch to him.”

He also added that reporting metrics need to be addressed likewise. He said, “We along with the startup ecosystem need to come up with standardised metrics that one can use to measure these companies. If we don’t do that, we won’t get to pragmatic deployment of capital and venture capital will continue to be a scarce resource.” 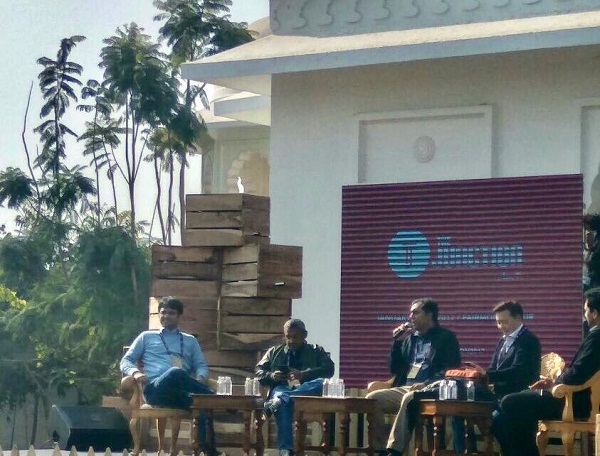 Rohit noted that, currently, in the tech sector in India there are more than 2,000 unique investors which used to be a much smaller number four-five years ago. Hence, he believes that there is a huge need of differentiation among these funds and the use of technology is an opportunity for these funds to differentiate.

Rohit also pointed out another interesting trend – how, as technology is getting cheaper, it has already started altering the venture capital landscape in terms of different models. He said, “As technologies to start a tech venture become cheaper, the cheques to start these ventures which ranged earlier from $2 Mn-$5 Mn are now coming down to $200K-$500K. This has resulted in the starting of different business models such as 500 Startups, YCombinator etc.”

Additionally, he said that technology over long time can also lead to consolidation in the industry. Also, it can also be used as an enabler to cut down on research time and decision-making and enable portfolio management.

Pranav aptly concluded the session when he remarked,

“The human intervention is not going to go away anytime soon. We should blend all these different aspects of how we run a fund, how we learn from founders, of how they are running their companies, and how we exchange notes with other funds and other companies. This is where most of the value comes from. Can we algorithmise this? I would love to believe we can one day.”