I Switched To Android One From A Nexus 5, And It Wasn’t Bad

I Switched To Android One From A Nexus 5, And It Wasn’t Bad 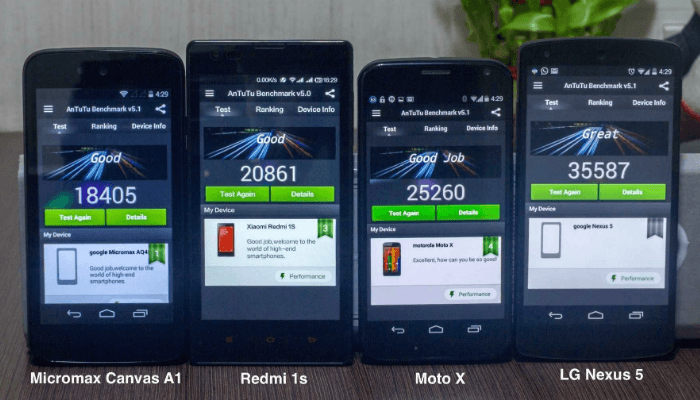 I’ve been a Nexus 5 user for a while now, having bought the smartphone in Dec 2013 and I’ve been using it for a good 10 months. This was the first phone that convinced me shell out 29 thousand rupees for the slim body and the crazy processing power underneath. It was a flagship killer when it hit the market; I remember a friend had just bought the Xperia Z1 for Rs. 10,000 more. The Nexus 5 would just blaze past all benchmarks and the whole user experience felt much better than the Sony UI on my old Xperia P.

Google I/O this year gave us a glimpse of Android One, a program that successfully managed to stay under wraps till the show. Android One was aimed to bring affordable yet high quality smartphones in developing countries. Under the Android One program, all devices are based on a reference hardware approved by Google. The search giant does all the research in figuring out which components to use, and the phone makers just have to build and ship them. This reduces hardware diversity between the phones in the market making it easier for Google to roll out software updates.

Google controls the softwares that go into these devices, reducing the fragmentation and the improving user experience. Google will provide updates to these phones for 2 years. The companies that were enrolled under this program were Indian Smartphone companies – – Micromax, Spice and Karbonn.

The devices were launched in India on September 15th and we had a Micromax Canvas A1 in office the next day! The device was launched alongside the Spice Dream Uno and the Karbonn Sparkle V. The phones were price around Rs. 6,000 each which was competitive pricing for the specifications on paper. 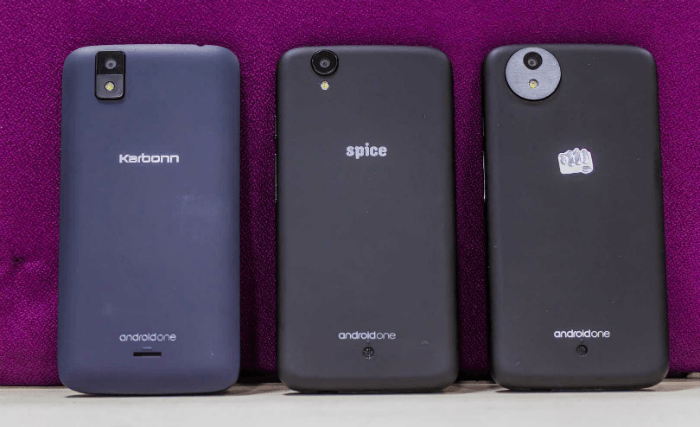 After unboxing the A1, the first thought that crossed my mind was, “This does not feel like a 6K Micromax phone”. The device felt premium, and others agreed. Once the device was powered up and I signed in with my Google account, the device was ready to use. Software-wise, it looked a lot like the Nexus 5, it had the exact same launcher and apps installed. The phone would perfectly fit in my hand, the 4.5 inch screen is good for one handed use even if you have tiny hands. But because I was used to the 5 inch screen on the Nexus it felt a bit weird at first. The display isn’t as sharp or vivid but then again, I’d switched from a phone that costs four times as much. There were a couple of apps like the Amazon Store, Hike and others that Micromax had installed but none of the bloatware that would affect performance. On the first day I used the Canvas A1 sparingly, reluctant to switch the SIM from my Nexus 5. But it felt good to use, no hiccups at all.

So, I planned to make the A1 my daily driver, giving the Nexus 5 a well deserved break. Keeping my expectations modest, I configured two Email accounts, Facebook and WhatsApp and was expecting the phone to slow down. But seeing that it worked as smooth as a phone should, I took it to the next level with game installations, Real Racing 3 being the first choice. Again, I was expecting the phone to struggle with heavy games but it didn’t. The phone could run the game easily, albeit with low graphics settings. WhatsApp is something I frequently use, being a part of a lot of groups I get around 1000-1500 messages a day (no, I don’t read all of them). The Canvas A1 got along just fine, it did take a little longer to open up messages but it was very usable.

The primary camera on the phone isn’t as good as the Nexus 5 but clicks decent images that you can upload to your social networks. It has the exact same Google Camera app with features like Panorama, Photo Sphere, HDR, Lens Blur — it’s all there. And to my surprise, I found the front facing camera better than the one on my Nexus. It managed white balance better and the image didn’t appear to be washed out.

The phone does all this and still manages to hold charge through the day. I had around 20-25% battery left after one working day which is good considering the fact that I am a heavy user. Although benchmarks suggest that the Nexus 5 is almost twice as fast as Android One, in the real world the phone certainly did not feel twice as slow. Other than a slightly noticeable delay when compared to the Nexus, there is nothing much I’d complain about. I didn’t really miss my Nexus much — and that’s how good Google’s Android One really is.

It’s not as if I’m not planning on giving up my Nexus anytime soon, having said that these Android One phones didn’t make me pull my hair out. So, if I enjoyed using the phone despite being a heavy user, I think the target customers will be more than happy using these phones. And that’s a job well done.