Hands-on With Android One – The One for India!

Hands-on With Android One – The One for India! 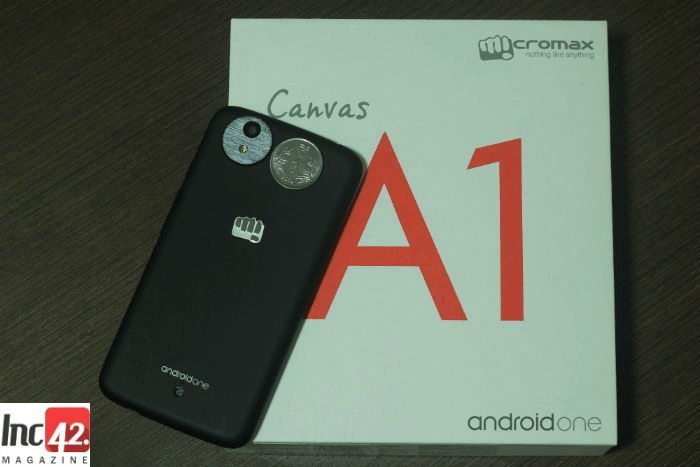 Google’s Android Operating System has grown the most when compared to all the other mobile operating systems. Every phone maker alive today (except for Nokia, BlackBerry & Apple) uses Android (or its derivative) to power most of their portfolio. Google also builds models under the Nexus program which are designed, developed and marketed by them but are manufactured by an OEM on their behalf. But the software is completely in Google’s control; Nexus devices are the first ones to receive software updates from the company directly.

Developing countries have shown a higher adoption rate for Android, but it’s not without its problems. Consumers frequently demand manufacturers to update their existing phones to the latest version of the OS. But its a burden on the phone maker — the resources spent to update these older phones only fetches them goodwill, hoping the existing customers will remain loyal. And It’s not like phone makers can just take the update from Google, and push it on to their phones — many manufacturers apply custom UI and features on top of Android. So, when the time comes to update, they have to retune their modifications to work with the new version.

And more often than not, consumers don’t really appreciate these efforts. That’s because instead of adding useful functions, phones in the past have been shoved with unnecessary features and UI changes, just for the sake of differentiation. Customers in return crib about their phones slowing down because of this bloated software. Plus all these features are anyway easy to replicate with third party apps and launchers. Not to say every manufacturer does this — for example Motorola phones don’t touch the stock Android UI, adding thoughtful features that enhance the stock experience. But that’s not the case with everybody. 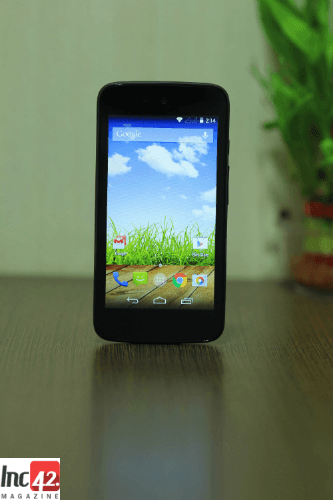 Google has been paying attention. The Android One program that it launched at the Google I/O has been targeted at developing countries with the help of local smartphones makers. The markets selected for the Android One program are India, Indonesia, Philippines and some South Asian countries. Google teamed up with 3 manufacturers at the launch of the program — Micromax, Karbonn and Spice.

Android One devices piloted in India as they went on sale on 15th September via E-tailers like Flipkart, Snapdeal and Amazon.

Android One offers the exact same user experience like a Nexus device. I own a Nexus 5 and I’ve been using the Micromax Canvas A1 for a couple of days. I was impressed with the performance of the device, there was no lag (obviously it’s a little slower than the Nexus) and maybe for the first time, a Rs. 6,000 phone didn’t feel utterly useless. It uses the same Google Now Launcher that debuted with the Nexus 5. The Android One handsets look like tiny Nexus devices that are made for the masses.

Google is known to offer flagship-grade specs at back-for-the-buck prices. The Nexus series are famous for this very reason. Hardware is important and realizing this, Google has given the best possible specs for the Android One devices at the given price point. Google made a blueprint and handed it over to the manufacturers, with one condition. The hardware has to be identical in order to brand it as an Android One device. Why identical? Because it helps Google to release software updates for these phones simultaneously. Also since the three Android One devices have the same hardware, life gets simpler for app developers, who can focus on optimizing for this hardware (this has been a nightmare since the Android ecosystem has so many hardware varieties).

All of them have a 4.5 inch IPS display with a resolution of 480×854 pixels with a pixel density of 218PPI. They’re powered by a 1.3 GHz Quad-core MediaTek processor and has 1GB of RAM. There is 4GB of internal memory and a MicroSD card slot accepting cards upto 32GB.

Good for the Ecosystem

As said before, the Android ecosystem is heavily fragmented. Over 50% of Android phones today run Android Jelly Bean. Only a fourth of all Android devices are running the current latest version. This figure will get skewed once Android L launches in the coming months. App developers are restricted to use the newest APIs to retain compatibility with older devices. Also, manufacturers prioritise working on updates for their high-end phones first, and low-end devices are usually ignored.

Android One will solve this. With Google’s commitment to work on Android L for these devices, this might just be the first time that a bunch of low end Android phones get updated before some expensive ones.