Specifications Of The Upcoming Reliance JioPhone Next Including Its Price Leaked

Specifications Of The Upcoming Reliance JioPhone Next Including Its Price Leaked

A tipster has claimed that the smartphone to be announced will come with an ‘estimated’ price of INR 3,499

The smartphone is supposed to be launched in the market by September 10, 2021 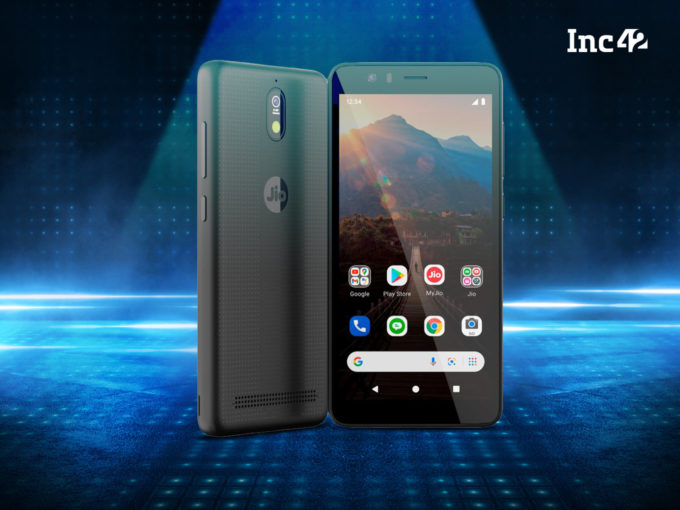 Prior to its expected launch date, the price of the Reliance Jio smartphone was leaked. Additionally, a few specifications of the phone were also leaked.

As per a report by Mint, a tipster has claimed that the smartphone to be announced will come with an ‘estimated’ price of INR 3,499. The smartphone is expected to launch with the Qualcomm Snapdragon 215 processor which supports 4G networks. Reliance Jio is expected to give the buyer a choice of 2GB RAM and 3GB RAM variants. In terms of internal storage options, Jio might launch a 16GB variant and 32GB variant. The phone will run on a version of the Android OS which has been specifically optimised for usage in India.

In June, 2021, Reliance Industries (RIL) chairman Mukesh Ambani announced the proposed launch date for the conglomerate’s much-awaited affordable 4G smartphones in the company’s 44th annual general meeting. The JioPhone Next, made in collaboration with global tech giant Google is supposed to be launched in the market by September 10, 2021. Ambani also promised that the JioPhone Next will be the most affordable smartphone not just in India but globally.

Even prior to this, in March 2021, just as the country was recovering from the pandemic, Jio announced a JioPhone 2021 offer under which customers can get up to two years of “unlimited” recharge and a JioPhone device for INR 1,999. Under the new JioPhone 2021 offer, customers can get a new JioPhone along with 24 months of unlimited service that includes unlimited calls and 2GB per month data. This offer immediately helped the company ramp up subscriber additions in March after a period of slow growth, according to data provided by the Telecom Regulatory Authority Of India (TRAI). But then the second wave of Covid-19 affected the nation, impacting economic recovery again.

For users who might not be able to read content in their language, the phone will allow text-to-speech translation in multiple languages. Read Aloud and Translate Now are now OS-wide features that will work with any text on their phone screen, including web pages, apps, messages, and even photos. Using App Actions, people can utilize their Google Assistant to engage with Jio apps on the device. In addition to asking for the latest cricket scores or a weather update, users can also ask Google Assistant to play music on JioSaavn or check their balance on My Jio. Google has also partnered with Snap to integrate Indian-specific Snapchat Lenses directly into the phone’s camera, and we will continue to update this experience.

The launch of this phone is aimed to cater to the fall in supply of the lower end smartphone segment i.e, phones with a price range of below INR 5000. According to research firm International Data Corporation (IDC), this segment accounts for less than 5% of the Indian smartphone market. This market is mostly dominated by Xiaomi, Lava, Itel and Samsung. But many of these handset makers have reduced their product portfolio in this category due to the unviable cost dynamics.