Jio is confident about launching full fledged 5G network services in the country ahead of other operators and is working with global technology companies for the same. 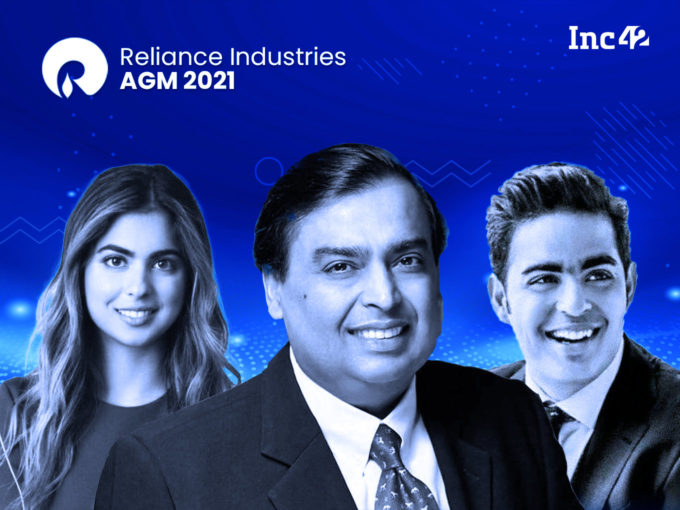 Reliance Industries Chairman Mukesh Ambani announced the much awaited launch of its low cost affordable 4G smartphone during RIL’s 44th annual general meeting (AGM) today. Ambani announced that the JioPhone Next, made in collaboration with global tech giant Google will be launched in the market by September 10, 2021.

The phone will run on a version of the Android OS whch has been specifically optimised for usage in India.

“Our teams have optimised a version of android OS for this device. It includes language and translation features along with a great camera. We can’t wait to show this device later this year,” said Sundar Pichai, CEO, Google.

Both the companies have a commercial agreement to jointly develop an entry-level 4G smartphone that can support 5G in the future. However, reports suggested that the launch may have been delayed due to issues on the supply side. The company did not share device specs or pricing in detail during the AGM.

“While being ultra-affordable, JioPhone Next is packed with cutting-edge features like the voice assistant, automatic read-aloud of screen text, language translation, smart camera with augmented reality filters and much more,” said Ambani. 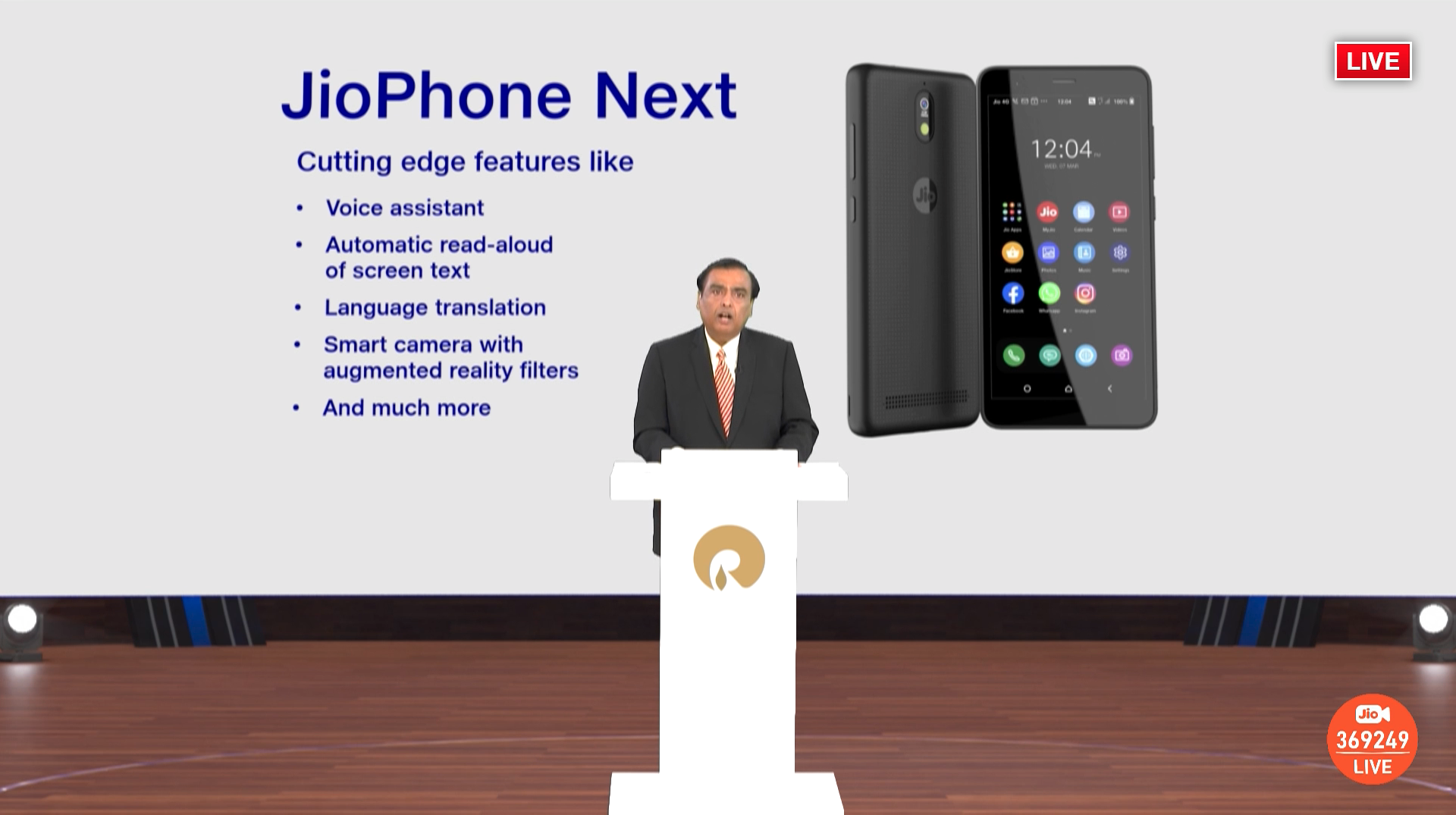 For users who might not be able to read content in their language, the phone will allow text-to-speech translation in multiple languages. Read Aloud and Translate Now are now OS-wide features that will work with any text on their phone screen, including web pages, apps, messages, and even photos. Using App Actions, people can utilize their Google Assistant to engage with Jio apps on the device. In addition to asking for the latest cricket scores or a weather update, users can also ask Google Assistant to play music on JioSaavn or check their balance on My Jio. Google has also partnered with Snap to integrate Indian-specific Snapchat Lenses directly into the phone’s camera, and we will continue to update this experience.

Pichai added that the company has extended its partnership  to 5G solution with Google Cloud this year.  This partnership will help Jio platforms build new services in health and education. Jio already has a potential market here that can be easily leveraged. “As part of this collaboration, Reliance will also shift its core retail businesses to Google Cloud’s infrastructure. They will be able take advantage of Google’s AI and machine learning, ecommerce, and demand forecasting offerings,” said Pichai.

He added that the company is confident about launching full fledged 5G network services in the country ahead of other operators and is working with global technology companies for the same. RIL had also announced low-cost cloud solutions for SMEs and enterprises in partnership with Microsoft  Azure previously. He added that, Jio has operationalised an initial 10 MW capacity of JIO-AZURE Cloud Data centres in two cities, Jamnagar and Nagpur.

“We are currently onboarding the initial group of pilot customers and we plan to expand our data centre capacity and our offerings to a growing number of SMEs and start-ups over the coming quarters.”

Earlier this week, rival telecom operator Bharti Airtel and Tata Group, announced a strategic partnership for implementing 5G networks solutions for India. Last year, Jio had already announced a similar partnership with San Diego-based Qualcomm. However, before Jio could officially launch the 5G service in India, Airtel pulled a fast one by demonstrating the service on its 4G network in January.