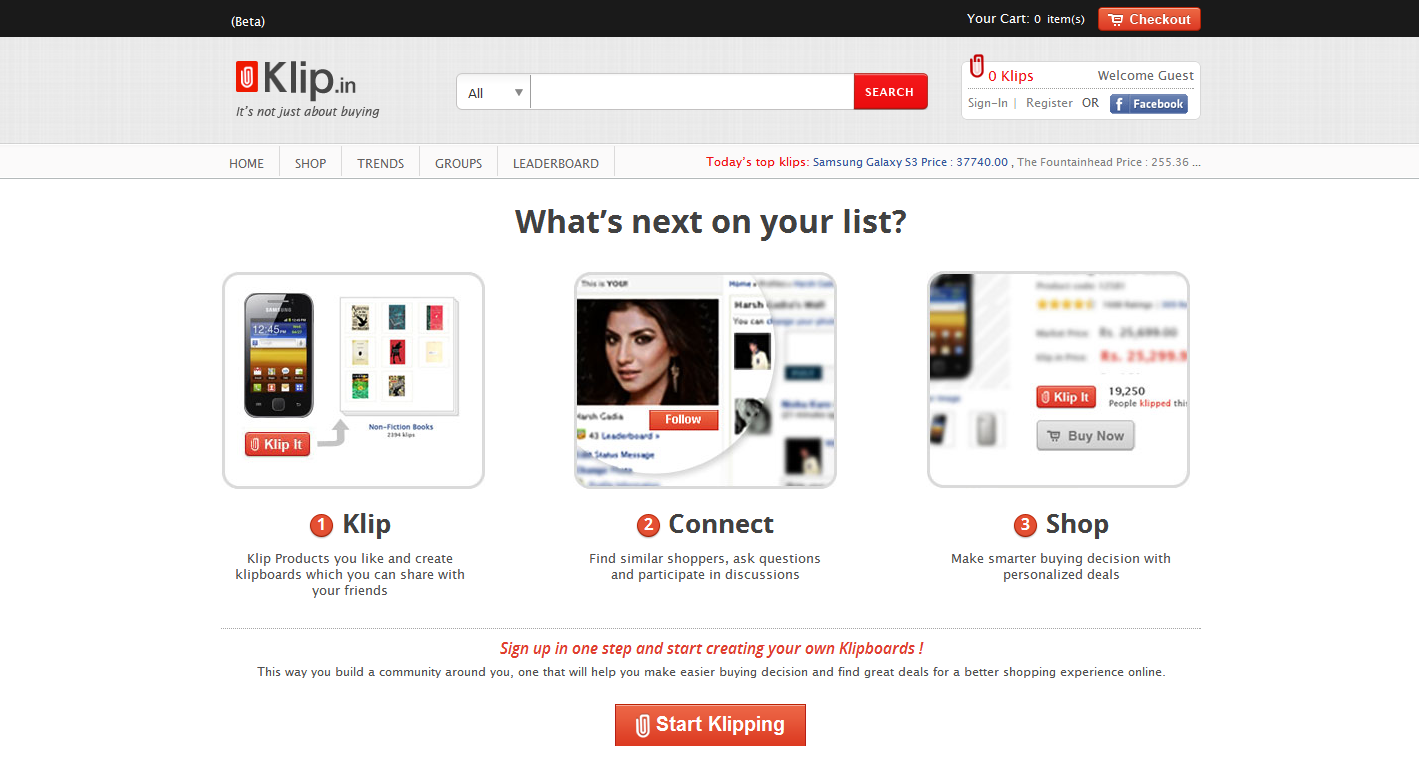 A social discovery and curation tool for ecommerce, Klip.in has raised INR 3 Cr. in second round of funding from VentureNursery, members of Calcutta Angels, Mumbai Angels as well as several high networth individuals from India and abroad.

The company will use the funds to scale up technology and marketing teams. It is also planning to come up with mobile app in coming months.

Speaking on the development, Harsh Gadia, Co-founder of Klip said, “With increasing number of vendors and consumers coming into the eco system, our focus in 2015 would be on launching a mobile application for Klip over the next couple of months.”

It helps users discover unique and interesting lifestyle products from across the web by aggregating and and curating them based on the users’ social connections and interest graph.

Earlier in 2013, the company had raised an undisclosed amount of funding from VentureNursery and Mumbai Angels. Klip.in competes with Kwaab.com, a social cataloging platform.