Smartphone Usage Up By 25% Since April In India, Fuelled By Work From Home

Smartphone Usage Up By 25% Since April In India, Fuelled By Work From Home

Average daily time spent has grown to 6.9 hours from April onwards, in the backdrop of a massive spike in downloads for ecommerce apps, remote working tools, games

Indians spent most time for work from home (75% increase since April) activities, followed by voice and video calling

Time spent in social media apps also witnessed a surge of 55%, while mobile gaming saw a surge of 45%, as per the Vivo report 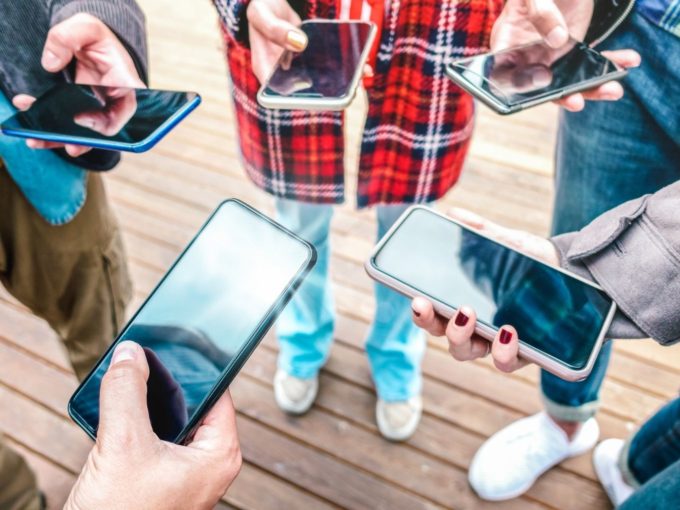 With the Covid-19 pandemic compelling people to stay at home and work remotely, a report revealed that Indians’ average use of smartphones is estimated to have gone up 25% to almost 7 hours a day since April this year.

According to a study by Chinese smartphone giant Vivo in collaboration with market research firm Cybermedia Research, there was a 11% surge in the average daily time spent on smartphones in March (5.5 hours in March 2020 compared to 4.9 hours in March 2019), but the pre-Covid growth was outpaced by growth since the lockdown in April.

Average daily time spent has grown by 25% to 6.9 hours from April onwards, in the backdrop of a massive spike in downloads for ecommerce apps, remote working tools, games, communication tools and more. Vivo’s findings are in line with another report which found out that time spent on apps in India grew 35% in Q2 2020, as compared to six months ago.

The report found that Indians spent most time on work from home (75% increase since April) activities, followed by voice and video calling (63% growth in usage time since April) and 59% growth in usage time for OTT platforms. Time spent in social media apps also witnessed a surge of 55%, while mobile gaming saw a surge of 45%. Interestingly, the average time spent within the camera app also increased from 14 minutes per day to 18 minutes.

While the growth in smartphone usage is undoubtedly great for the adoption of apps and games, there is a side-effect of excessive screen time, as per Vivo. “We all know smartphones are a great tool, especially in a Covid situation where we would have been rendered almost unproductive without smartphones. However, excessive usage of smartphones or anything else, when not used in moderation, can lead to adverse effects and this is why we did the study,” said Vivo India brand strategy director Nipun Maurya.

Almost 70% of the 2000 surveyed users in India agreed with Maurya in assessing the risks of excessive smartphone usage and 70% also agreed that their smartphone usage is creating a barrier in their relationships.

Earlier this year, a report released by App Annie found that India, Brazil and Indonesia have driven the growth in the app economy across Google Play Store, Apple App Store and other app stores between 2016 and 2019. Interestingly, in the span of three years, India witnessed 190% growth from 2016 to 2019, which is a fastest among the top five app economies of the world, with China at 80%, followed by Indonesia (70%), Brazil (40%), United States (5%) and others (45%).