It had earlier closed an $11 Mn Series A funding round 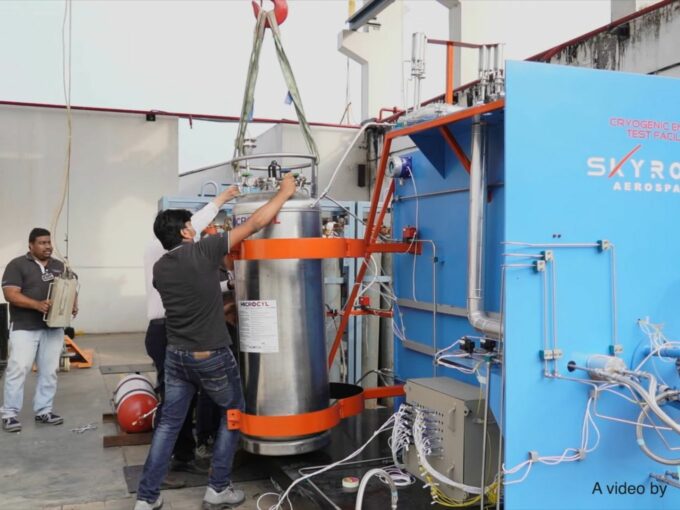 The startup employs more than 100 rocket propulsion engineers and claims to be the first Indian startup to enter into a memorandum of understanding (MoU) with the Indian Space Research Organisation (ISRO) to access its facilities and expertise.

“The engine uses liquid natural gas (LNG) and liquid oxygen (LoX) at cryogenic temperatures as propellants, which are high performance, low-cost, and green. These are the rocket propellants of the future, and this test makes us one of the very few companies in the world to have successfully demonstrated this technology,” said Pawan Kumar Chandana, cofounder and CEO of Skyroot.

Rocket engines need high mass flow rates of fuel and the oxidiser (LNG and LoX in this case), but storing propellants as pressurised gases will need containers that occupy a lot of space—rendering orbital spaceflight impossible. This is why they are cooled to cryogenic temperatures where the fuel and oxygen are stored in liquid form with high density, simplifying storage on the launch vehicle.

ISRO currently uses its CE-7.5 and CE-20 cryogenic rocket engines, both of which are powered by a mixture of LoX and liquid hydrogen (LH₂). They power the Geosynchronous Satellite Launch Vehicle Mk III which is designed to launch communication satellites into geostationary orbit.

ISRO has a budget of approximately $1.8 Bn, compared to the United States National Aeronautics and Space Administration’s (NASA) $22.7 Bn budget. But the Indian space agency has sent its own Lunar and Mars missions and has a reputation for launching satellites on a tight budget.

Before SpaceX broke the world record by sending 143 payloads to space on one Falcon rocket, India’s Polar Satellite Launch Vehicle (PSLV) held the record by launching 104 satellites in 2017. The PSLV has launched 342 commercial satellites of 34 countries since the 1990s.

As India becomes more and more of an attractive option to organisations looking to launch satellites on a budget, Indian spacetech startups seem to be ready to grab the baton from ISRO.

Last month, spacetech startup Dhruva Space had raised INR 22 Cr led by IAN Fund and Blue Ashva capital. The Hyderabad and Austria-based startup will use the funds raised to launch new offerings, including satellite as a service, space-grade solar arrays, and ground station solutions, aimed at both the international and domestic audience.