Exclusive: BNPL Startup Simpl To Raise $40 Mn In Series B Round From Valar & IA Ventures

Exclusive: BNPL Startup Simpl To Raise $40 Mn In Series B Round From Valar & IA Ventures

The startup is also in talks with LFH Ventures, sources aware of the deal informed Inc42

Prior to this round, the company had raised close to $40 Mn from investors such as Greenvisor Capital, IA Ventures, Recruit Strategic Partners and FJ Labs

According to its website, Simpl claims to have partnered with over 5,500 merchants 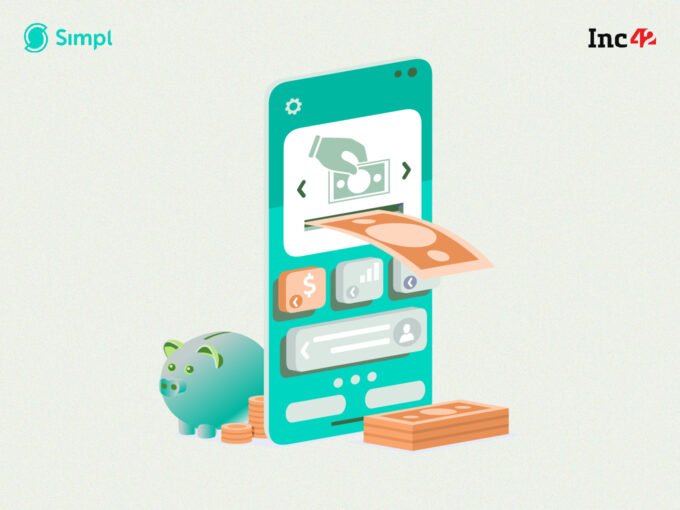 Bengaluru-based Buy Now Pay Later (BNPL) startup Simpl is raising $40 Mn in its Series B funding round. The fresh round of investment will be led by new investor Valar Ventures in association with its existing investor IA Ventures, as per sources. LFH Ventures and other investors will also be participating in this round of funding, sources aware of the development informed Inc42.

Mails sent to Simpl didn’t elicit any response at the time of publishing this story.

The investment comes almost four years after it picked an undisclosed amount in a Series A funding round led by US-based venture fund Green Visor Capital. Prior to this round, the company had raised close to $40 Mn from investors across multiple rounds such as Greenvisor Capital, IA Ventures, Recruit Strategic Partners and FJ Labs.

Founded in 2016 by Nityanand Sharma and Chaitra Chidanand, Simpl is a short-ticket mobile-first lending platform which offers easy credit at points of sale and at ecommerce checkout. The startup claims to believe in keeping ease of use at the forefront of BNPL service and offers a one-click experience for customers.

Simpl is a product inspired from Sharma’s own personal experience of getting a credit card in India. After returning to India from the US, Sharma found that his credit card application was rejected. It was during that time he found out how local grocery stores give credit (udhaari) to its customers. It is quite popular in India where one might see grocery store owners maintaining a long log book, recording all the products purchased from a family, and charging them at the end of the month.

Being exposed to this huge gap present between merchant-customers on the credit line and the hurdles of getting a credit card from Indian banks, Sharma decided to address the issue with Simpl.

According to its website, Simpl boasts of over 5,500 merchants including food delivery aggregator Zomato, online grocery platform BigBasket, furniture rental platform Furlenco, and beauty ecommerce platform Purplle, among others.

A user has the option to pay for the translation even before the bill is generated.  The startup had a customer base of 7 Mn+ as of January 2021.

Simpl pits against PayU’s Lazypay, ZestMoney, Epaylater, Flexmoney, among others present in the highly competitive market.

In September, Zest Money bagged $50 Mn in a Series C round from Australian stock exchange listed firm Zip Co Limited in exchange for a minority stake. In June, Flexmoney bagged its Series A round worth $4.8 Mn led by Pravega Ventures.

As per a Global Payments Report by Worldpay from FIS,  BNPL is emerging as the fastest-growing ecommerce online payment method in India, and is estimated to capture 9% of the total ecommerce market share by 2024. Major ecommerce players such as Flipkart and Amazon India have also started offering BNPL services to have a share of the pie.

The story has been updated to include Simpl’s previous funding rounds.