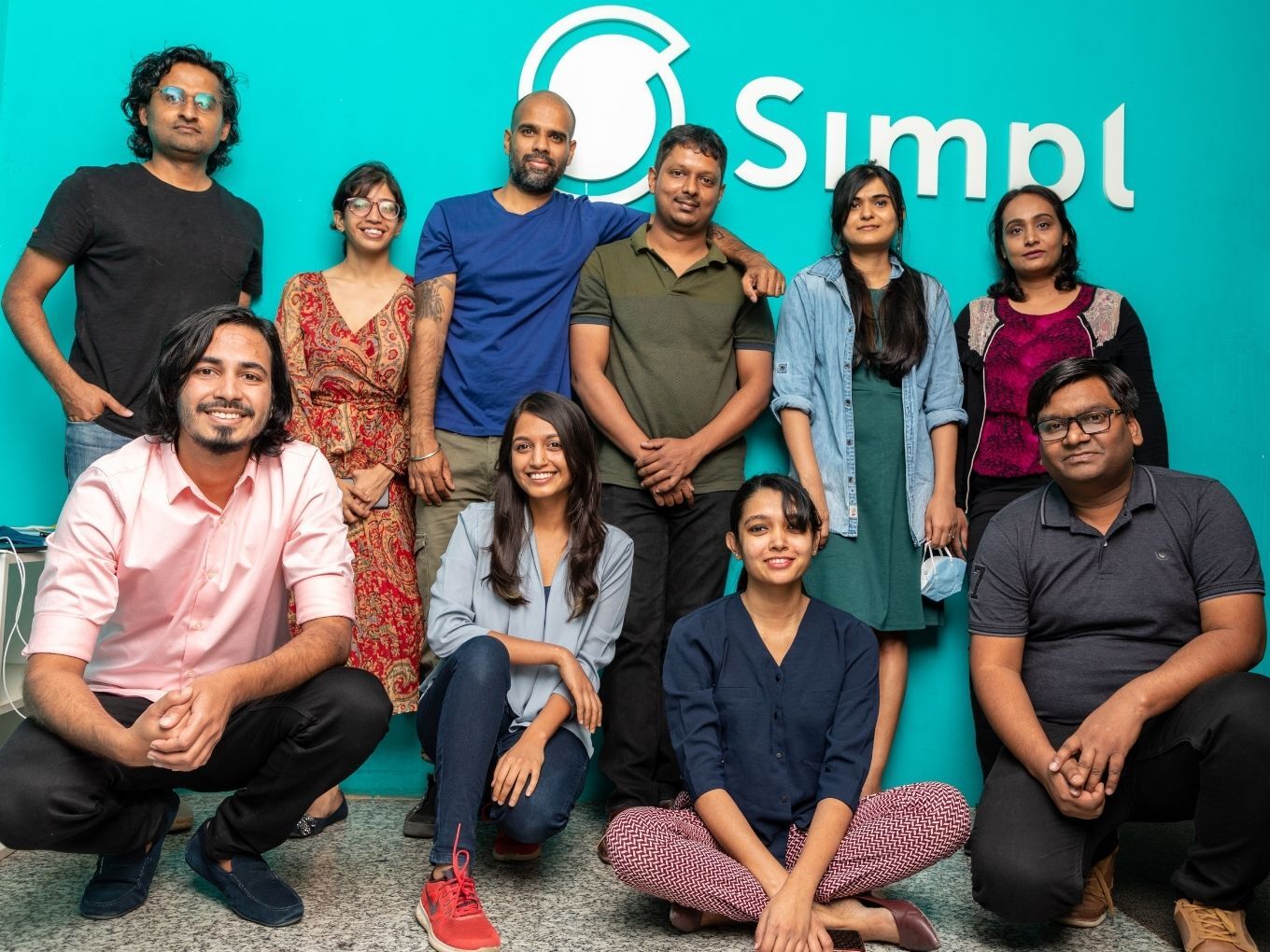 With hidden charges hindering the credit industry from growing in India, only 59.4 Mn credit cards in circulation today

From the perspective of a consumer, the financial system can be oversimplified into operations of debit and credit. While debit is easy — pay what one has — credit is where things get slightly complicated. This is where banks and financial services providers say an individual is good for this money in the future, based on a number of factors. But in the context of the Indian market, credit is rooted into Indian traditions with systems such as house accounts or informal tabs (known locally as khata) that merchants keep for their loyal and long-time customers.

These traditional credit systems rely on trust and faith, and not so much on data, so it’s no surprise that credit card giants have struggled to break into the Indian market. According to a report by the Reserve Bank of India (RBI), only 59.4 Mn credit cards are in circulation, as opposed to 829.4 Mn debit cards. There is a clear reluctance in consumers towards using credit cards and the biggest source of the disinclination comes from the ‘hidden charges’ or the various transaction fees a credit card company charges its customers. Annual maintenance fee, cash advance fee, surcharges on petrol and GST charges are just some of the extra costs a user concurs for using a credit card.

Things are changing with the rise of ecommerce and ecommerce-specific credit products that are opening up Indians to a whole new way of borrowing.

“Despite 800 Mn people in the country owning a bank account with almost all of them owning a debit card, 60% of all ecommerce transactions in India are still done with cash. With 25% of all digital transactions failing at checkout, the heavy dependence on cash can readily be attributed to lack of trust and poor user experience. Paying at the time of delivery builds trust in the transaction and cash on delivery is a true 1-click checkout and this is what BNPL services like ours is trying to emulate.” says Nityanand Sharma, cofounder of Simpl, a Bengaluru-based fintech startup with a focus on ‘Buy Now Pay Later’ (BNPL) credit products.

Preferred for small-ticket credit or even big-ticket loans, digital lending solutions such as BNPL platforms and sachet loans are changing the credit game in India. Simpl, for example, is working with over 2500 merchants and has over 7 Mn active users.

Posting a compound annual growth rate (CAGR) of 36%, India’s BNPL sector is expected to reach $100 Bn by the end of 2023 which indicates just how popular these lending platforms are, even in their infancy.

This divide, coupled with UPI-based online payments, further complicates the market for lenders since startups believe that instead of truly solving the problem, it actually fragments it.

A ‘Simpl’ Solution To A Complicated Problem

Pitted against these challenges, Simpl has managed to find an effective middle ground to offer solutions to consumers who are either new to lending services or aren’t in need of large loans through their mobile-first platform with one-click checkout feature for online credit.

The idea came after cofounder Sharma had a credit card application rejected after he had moved back from the US to India, and it was also at that time when he started receiving lines of credit from local merchants in the form of khata credit. Seeing the offline relationship of merchant-customer and the hurdles and inconveniences in getting a credit card, Sharma decided to address the issue with technology and partnerships with merchants.

Simpl, founded in 2016, is a short-ticket mobile-first lending platform which offers easy credit at points of sale and at ecommerce checkout. The company believes in keeping ease of use at the forefront of BNPL service and claims to offer a one-click experience for customers.

Aiming to reimagine the trust-based relationship between merchants and customers to avail easily accessible line of credit, Simpl cofounder Sharma said, “Our mission at Simpl is to build a platform that empowers any merchant to build a trusted relationship with their consumer via a  cohesive consumer experience at checkout.  I  believe that the best payment experience is ‘no experience’  and the only experience that truly matters is that of buying and enjoying the purchase.”

Built around AI and machine learning algorithms that process data for all pre-approved users using various metrics including repayment behaviour and merchant behaviour, Simpl gives users a custom credit limit in the range of INR 2K – INR 20K. This limit is typically used for ecommerce purchases or at the retail checkout.

The BNPL approach seems to be working wonders for fintech lenders. While competitors like PayU’s LazyPay offer loans upto INR 1 Lakh, there are various approaches to solving the challenge. However, Simpl prefers to stick to low ticket sizes since it involves no documentation. It claims zero time lag for accessing credit. Recently, the company recorded an upsurge of 35% in daily essential transactions, which it says is because of the simplicity of use.

However, this also brings the question of security and risk of defaulters, as the startup prioritises trust over documentation. On the issue of security, Sharma remains confident that Simpl has got it right.

“All of our credit decisioning is done by machine intelligence with no human involvement at all. We implement more than 100 features including the behaviour of the user on merchants, the behaviour of similar users historically, signals from app installation and more, and run them through an ensemble model which is a mix of decision trees, gradient boosting, Bernoulli Naive Bayes classifiers and simple logistic regression.”

The model of small-ticket lending comes with the benefit of repeat transactions but at the cost of marginal profit-making. However, the lack of bigger purchases doesn’t act as a hindrance.

“Our affinity and credit models are based on machine learning algorithms, we had to open the consumer funnel up wide enough so that we could also observe the bad behaviour to build anti-fraud systems and prevent these users from entering the platform when we achieve scale. Taking those learnings from fraud events and leveraging them to build better risk and underwriting models is really what drives our competitive advantage as we ramp the consumer side,” Sharma adds about the security aspects of the platform.

At present, the BNPL startup is focussed on large ecommerce merchants and smaller B2B2C merchants that consumers use frequently and has 2,500+ merchants on board with major partnerships like Razorpay for payments, Zomato, BigBasket, Dunzo, Practo, Rebel Foods (Faaso’s), FreshMenu, 1mg, Cure.Fit, FreshToHome, Furlenco among others.

With a focus on horizontal integration, Sharma adds, “Where other products address a particular use case, we believe that at scale, due to trust, Simpl offers consumers convenience and safety at checkout, affordability when required, along with loyalty rewards. We want to own each of these segments – meeting the demands for a range of payment and financing options that consumers and merchants want in their daily lives, through the deep horizontal integration we have.”

But while convincing consumers might be easy, the founders struggled with getting merchants onboard to an unproven business model. Sharma recounts, “The hardest thing was to convince the first set of merchants to join our network because when we approached them, they were going to be the first node of the network and why would anyone want to be that? We often jokingly say, the first 10 merchants are impossible, the next 100 are very hard, but the next 10,000 are easy. However, our merchant network has now reached the scale where it makes sense for us to aggressively grow the platform.”

Is BNPL The Future Of Credit In India?

With the BNPL and sachet credit products segment still in its nascent stage, innovation and embracing new-age technologies will be the driving force, according to Sharma.

“We believe that our moat is extremely deep, consisting of not only the merchant side integrations and proprietary data, but also our models’ performance over time and the learnings obtained by utilizing them, which create immense barriers to entry for new participants.”

He believes that in the long term, technology will be the key differentiation. “We have started to execute on our long term vision of creating the world’s first and only merchant focused payments network, where any capital provider can utilise a neutral platform with access to proprietary data to allocate point of sale credit to the loyal consumers of a single merchant, a cohort of merchants,  or an entire network based on their desired risk and demographic profile,” Sharma said.