The deal valuation, reportedly, has not yet been ascertained as negotiations are still on

Currently, in the social short video segment poised to reach 650 Mn monthly active users, ShareChat and Moj are the most downloaded and used apps, followed by MX TakaTak and Josh 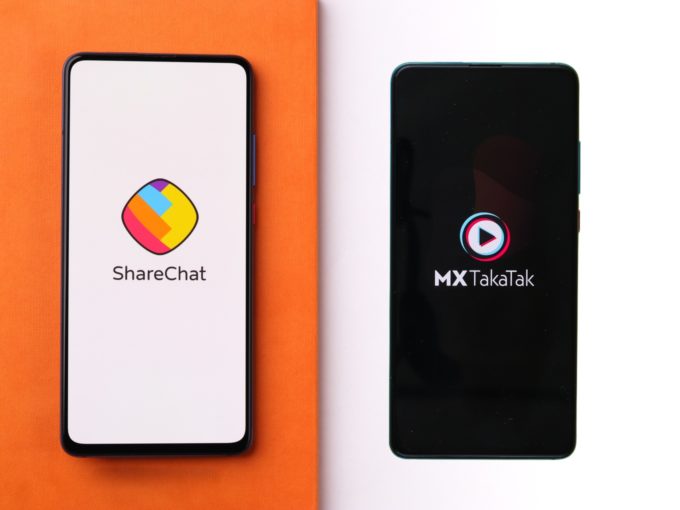 According to a Mint report, the deal valuation has not yet been ascertained as negotiations are still on.

If the acquisition materialises, the combined entity will have the largest userbase among Indian short video startups. But it will still have a long way to go — in terms of TikTok’s world domination, geographical expansion, vernacularism, user experience, monetisation, and even competition from YouTube’s Shorts and Instagram’s Reels, etc.

Shortly after the infamous ban of the most popular short video app TikTok in India, homegrown social apps captured the stage. A Redseer report from July 2021 stated that the short video space in India is set to be the second-biggest segment in terms of the time spent in one year after the internet biggies like Facebook, with monthly active users (MAU) on short video platforms expected to reach 650 Mn by 2025, currently at 350-450 Mn MAU.

According to SimilarWeb, currently, in the social short video segment, ShareChat and Moj are the most downloaded and used apps, followed by MX TakaTak and Josh.

In fact, ShareChat and MX TakaTak have been tight rivals, ever since TikTok’s ban. MX TakaTak, which launched only in July 2020, was the second most downloaded app with around 48.5 Mn estimated downloads in the same period. Dailyhunt’s Josh with 40 Mn, ShareChat’s Moj with 38.1 Mn, and InMobi-acquired Roposo with 26.5 Mn rounded off the top five in terms of downloads by Q3 CY20. Simultaneously, MX TakaTak had 55-60 Mn MAUs, Moj had 38-42 Mn MAUs.

ShareChat’s parent Mohalla Tech was also a recent entrant to the unicorn club with a $502 Mn Series E funding round from Lightspeed Ventures and Tiger Global. The new round of investment, valuing the startup at $2.1 Bn, also saw participation from Snapchat’s parent, Twitter and India Quotient.