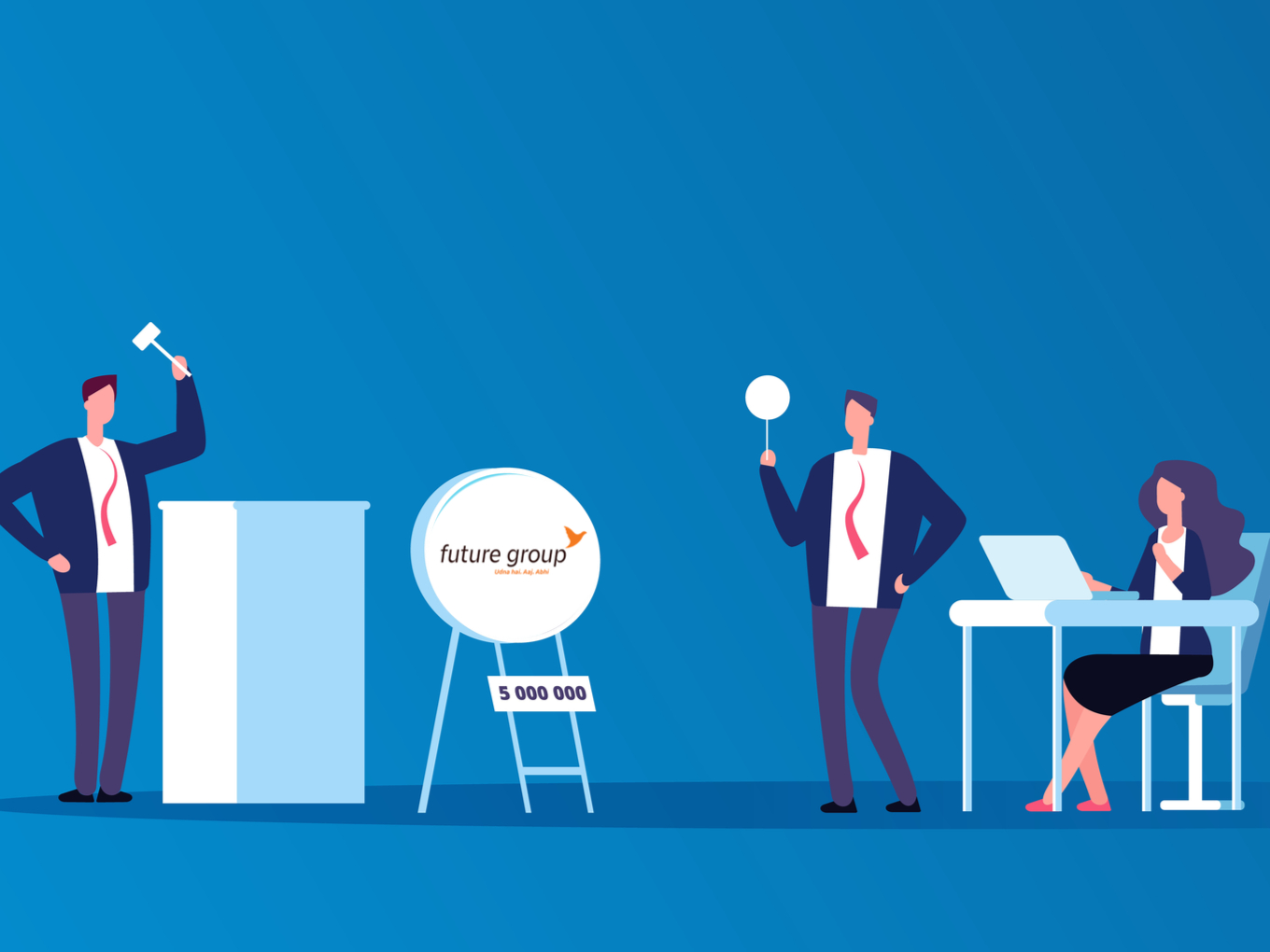 Future Retail has currently missed the due date of repayment of INR 3,494.56 Cr to its lenders on December 31, 2021, and then an extended deadline of January 29, 2022 — blaming it on the litigation by Amazon

Senior advocate Rakesh Dwivedi, representing a consortium of 30 lenders stated that FRL's assets should be put up for public competitive bidding with a reserve price of INR 17,000 Cr

In a relief to Kishore Biyani’s Future Retail, the Supreme Court has directed bankers and FRL to work out a solution in two weeks. While the apex court did not grant a formal extension, the two weeks’ timeline is a pre-condition to an order that SC will pass, if the discussions fail.

The lenders have also proposed opening FRL’s assets for auction, where both Amazon and Reliance could bid for the retailer’s assets. The banks have also mentioned that Amazon’s financial aid of INR 7,000 Cr was not enough since the total debt is at INR 17,000 Cr.

Future Retail has currently missed the due date of repayment of INR 3,494.56 Cr to its lenders on December 31, 2021, as per the terms of the one-time restructuring (OTR) agreement. It sought to repay the debt in the next 30 days — by January 29, 2022. Kishore Biyani’s retail enterprise bore the delay because of the dispute with Amazon.

According to senior advocate Rakesh Dwivedi, who was representing a consortium of 30 lenders, the best way to resolve the Amazon-Future Retail-Reliance Retail litigation was to put FRL’s assets up for public competitive bidding with a reserve price of INR 17,000 Cr — the default loan amount against Future Retail.

“Let Amazon and Reliance participate in the open competitive bidding and whosoever pays the highest price could take over the Future Retail assets and at the same time the banks too would get back their outstanding dues,” he said.

Interestingly, senior advocate Harish Salve representing Future Group argued that while there is merit in the banks’ suggestion, Amazon cannot directly invest in FRL due to statutory bar disallowing FDI in multi-retail stores.

Future Retail has borrowings of more than INR 10,000 Cr including short-term and long-term loans of more than INR 6,000 Cr, foreign currency bonds of about INR 3,500 Cr and non-convertible debentures worth INR 200 Cr.

The Fall Of Metaversity: How Manish Maheshwari’s Much-Hyped Edtec...

To sail through the debt that looms over FRL’s head, the retail giant wanted to sell its retail, warehousing and logistics business to Reliance Retail for INR 24,713 Cr ($3.4 Bn), enabling payment to the lenders. Amid the crunch, Amazon has caused a disruption in the deal via its case on FRL.

After Amazon learnt that FRL was selling its small-format stores, it alleged violation of the injunction and proposed financial assistance to FRL. Following up on the proposal, FRL also mulled on Amazon’s proposal to act through Samara Capital, since FDI is restricted in the multi-brand retail sector in India, but decided not to act on it.

Future Retail, the retail arm of the Future Group, that owns Bigbazaar, Fashion at Big Bazaar (fbb), Koryo, Foodhall and Easyday, among others, is in urgent need of cash infusion to repay its lenders. FRL was required to pay its lenders INR 3,500 Cr by January 29, failing which it would be classified as an NPA.

Having missed the deadline, Future Retail approached the Supreme Court seeking an extension of the deadline for the first instalment of INR 3,500 Cr. The Court will pass an order if the discussion between FRL and its lenders fails.

Status Of The FRL Vs Amazon Case

In a major win for Future Retail, the Supreme Court has set aside Delhi High Court’s order that had halted the deal between Future and Reliance Retail.

In March 2021 and later October 2021, the Delhi High Court had upheld the emergency award passed by the Singapore International Arbitration Centre (SIAC) in October 2020 against the deal for the sale of Future Retail to Reliance Retail.

The apex court asked Delhi HC on February 2, 2022, to “consider the issue and pass an order on its own merits uninfluenced by observations”. The apex court has also asked the Delhi HC to be cautious since the case will have a serious impact on the economy and employment of thousands of people.

Thus, Future Group will be given an extended opportunity, since the orders passed in March 2021 by the Delhi HC were in the nature of contempt proceedings — i.e. alleging that Future Retail had been willfully disobedient — which was not the case.